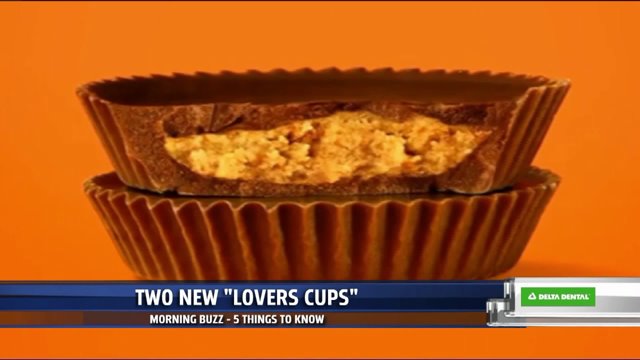 1. Do you have a high-quality park in Grand Rapids within a short walk from your home? As part of Urban Land Institutes' 10-Minute Walk Campaign, the non-profit is checking to make sure every member of the community has access to a high-quality park within 10 minutes of their home.

They're studying parks to make recommendations on how to transform park-deficient areas. They'll release their study Wednesday morning at Grand Rapids City Hall, which is free and open to the public.

2. Walking everywhere would be nice with gas prices now close to $3.

Unfortunately, it's a trend, experts say, will continue for the next few weeks.

An analyst with Gas Buddy tells us those prices are going up as refineries do maintenance work and switch over to the summer blend.

Gas prices will likely climb through Memorial Day, possibly as high as $3.20 a gallon on average across the state.

However, there are things you can do to save some cash, like filling up on Tuesdays and Thursdays. Also, get alerts on potential increases by following Gas Buddy on Twitter and Facebook.

3. Some of the youngest and most talented people in West Michigan spent yesterday auditioning for a new musical coming to Grand Rapids.

"Waitress" the musical will soon be on stage at DeVos Performance Hall. It's inspired by the 2007 movie about a waitress and expert pie maker searching for happiness in the deep south.

On Monday Broadway Grand Rapids held auditions for the part of Lulu, with dozens of young girls delivering lines and hoping to become the youngest member of the cast.

There will be eight shows between April 30 and May 5. Tickets start at $40.

All month long, generous customers have been making donations at Jersey Mike's Subs throughout the nation, and right here in West Michigan, during the 9th annual Month of Giving Fundraising Campaign.

Last year, shops across the country raised more than $6 million for charity.

5. Chocolate and peanut butter go hand in hand, but what's your favorite part of a Reese's Peanut Butter Cup?

The company is releasing two new cups to give customers what they love: one for chocolate lovers and another for peanut butter.

The first is full of added cocoa goodness, and the Peanut Butter Lovers is filled to the brim with more peanut butter and a peanut butter top shell.

Reese's fans can settle the age-old chocolate verse peanut butter debate when the candies are officially stocked on shelves next month.