Vehicle found, shooting suspect is being sought in Holland 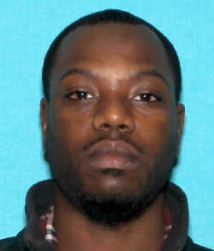 HOLLAND, Mich. — Holland Police have the suspect vehicle – but not the suspect – after a shooting Friday night. The city’s Department of Public Safety was still searching for Joseph Garrett McDaye, 27, early Sunday morning. But earlier – on Saturday afternoon – they said the suspect vehicle had been “located in the Holland area. The vehicle was not occupied, and the suspect remains at-large.” That was a gray, four-door 2010 Buick Lacrosse.

On Friday night, Public Safety officers responded to 287 West 40th Street in the Harbor Village Apartments after receiving a telephone call from Holland Hospital regarding a 53-year-old Holland resident who had been shot in the leg.

Further investigation revealed that an earlier physical altercation had occurred at 8 p.m. Friday, which led to the suspect firing multiple shots into a vehicle as it entered a parking lot at approximately 8:50 p.m.  One of the shots fired struck the victim in the leg, resulting in a non-life-threatening injury.

Holland officers and detectives were able to identify the suspect in the shooting as McDaye, whom they described as standing 5 feet, 10 inches tall with a medium build.

Police said McDaye should be considered armed and dangerous.  If seen, please contact law enforcement immediately and do not make contact.

Anyone who has information that may help in this investigation is being asked to contact the Holland Department of Public Safety at (616) 355-1150 or to e-mail investigators at policetips@cityofholland.com.

Those wishing to remain anonymous may contact Silent Observer by calling 1-877-887-4536, texting OCMTIP and a message to 274637 or submitting a tip online at www.mosotips.com.