Millions flee as Japan floods and landslides kill at least 85

Authorities said that at least 85 people are dead, 6 are in critical condition and at least 58 are missing, according to Japanese broadcaster NHK.

“The record rainfalls in various parts of the country have caused rivers to burst their banks, and triggered large scale floods and landslides in several areas,” Cabinet Secretary Yoshihide Suga said Sunday. 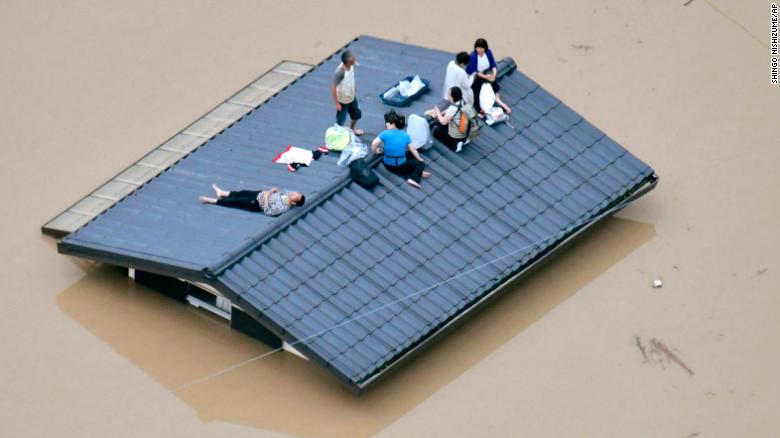 People wait to be rescued on the roof of a house in Kurashiki, Okayama prefecture.

Hundreds of homes have been destroyed or damaged. In all, eight prefectures have been affected, including Kyoto and Hiroshima.

The Japan Meteorological Agency upgraded its alert system to the highest level in large areas of western Japan, while lifting the warning in other regions. 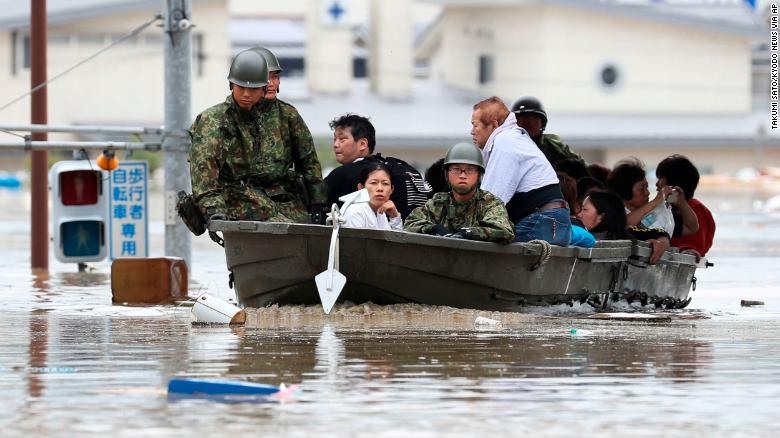 Japanese public broadcaster NHK reported about 364 millimeters (14.3 inches) of rain fell between 5 a.m. and 7 a.m. in the city of Uwajima — approximately 1.5 times the average monthly rainfall for July. 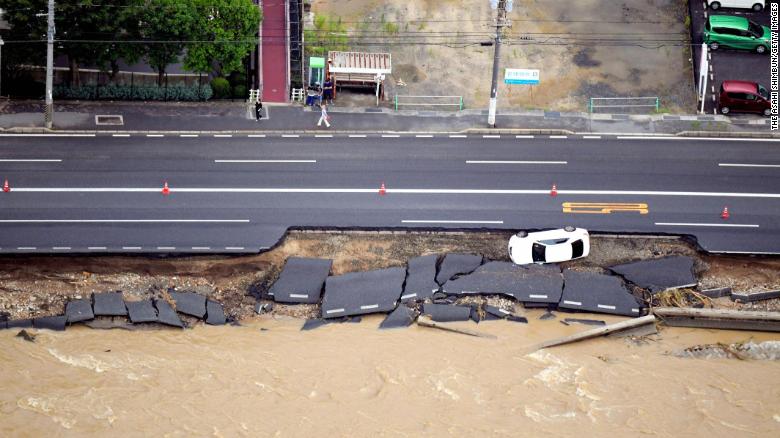 Heavy rain was forecast to continue through Sunday in the west and the east, agency official Minako Sakurai told reporters.

At least 4 million people have been advised to evacuate surrounding areas. Government officials are warning people in affected areas they are at risk for landslides, flooding, wind gusts and other extreme weather conditions.