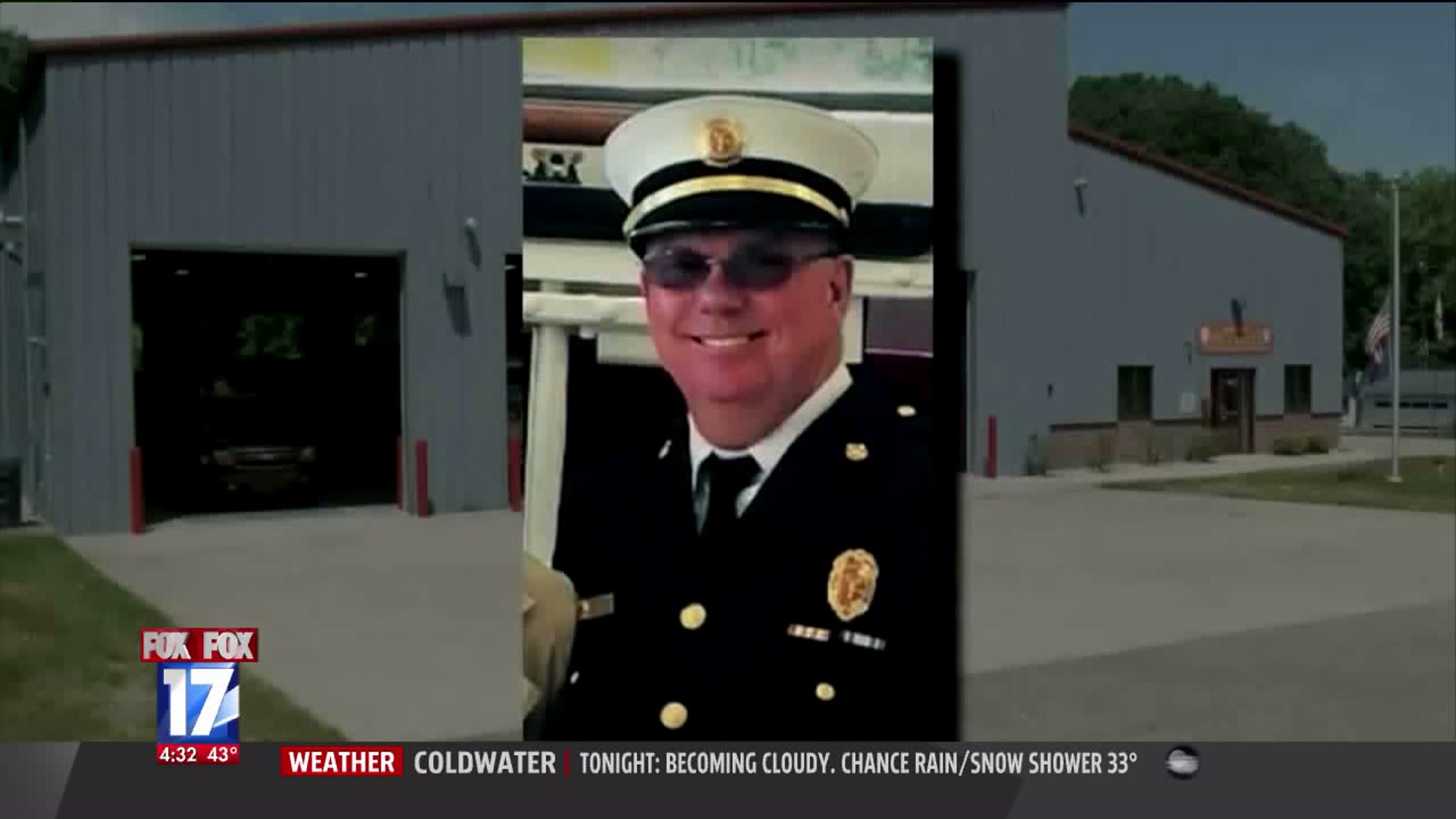 KALAMAZOO, Mich. — Brian Steele remembers Fire Chief Ed Switalski to be a man who was full of life and spirit. He and his wife Holly frequented his bar prior to his death.

“They enjoyed our Christmas celebrations here,” said Steele during an interview at the Boatyard Brewing Company on Porter Street. “He was just a person who loved life. He loved his family and he loved working for the fire department.”

Chief Ed, as everyone called him, was killed on June 14, 2017 while he was tending to the scene of crash on I-94. Since then, different local organizations and businesses, including his own, have been raising money to build a memorial in his honor.

“Now our roll is to make sure the memorial gets done,” said Steele. “We take it all very personally here that it’s going to get done by the anniversary of his passing.”

Last week, Steele created a GoFundMe page with the goal of raising $20,000 for the memorial. He said a bronze statue is going to be erected with a garden surrounding it. It’ll stand in Comstock Park where he worked.

“We hope everyone contributes,” Steele said. “We just happen to be a brewery.”

Steele said the fundraiser is being sent to fire stations throughout the country, including the one in Illinois where Chief Ed worked for years. It's already raised $1,000. He's hoping that over the next few week, 1000 people can donate $20 to reach the goal well before his anniversary arrives.

“This man gave his life on I-94. He could’ve been trying to help my wife, my daughter, my grandkids and he was unfortunately killed doing that," said Steele. "I want to make sure that we always pay homage to all those that protect us on those cold snowy winter nights or those hard-driving rains on a June evening."