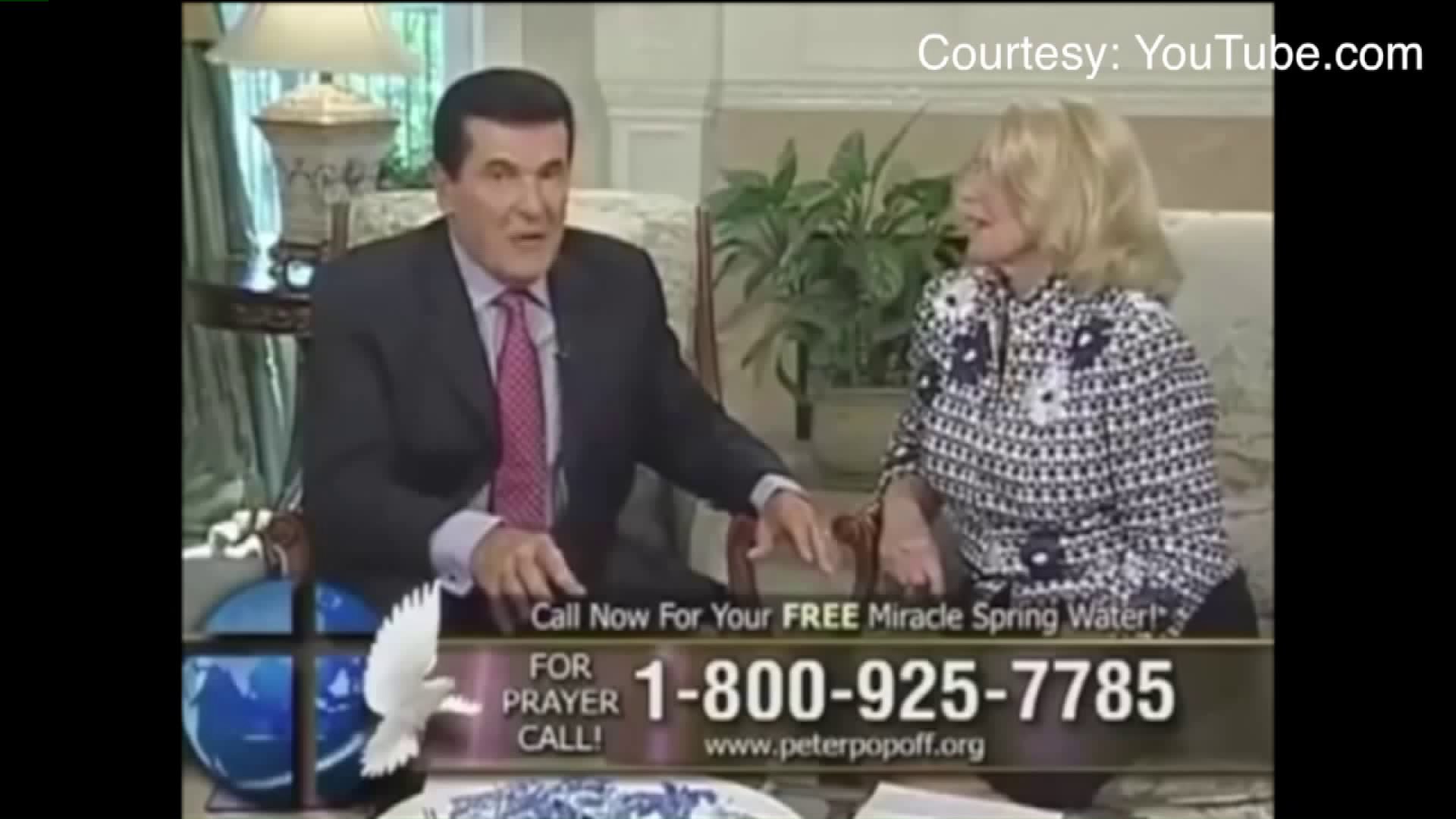 WEST MICHIGAN -- Steve Lyles said he found letters written by his father to Peter Popoff Ministries. He described them as heartbreaking letters that detailed his father's desperation to beat stage IV cancer. Lyles said Popoff promised his father he'd live another hundred days with only one catch, and that was to send Popoff money.

You may have seen Popoff's commercials. Peter Popoff Ministries promises 'miracle water' and other items that can heal your body or cause you to reap financial blessings.

"And that if you rub it over your body and send [Popoff] money, you'll be cured. I don't think God works that way," Steve Lyles recalled.

He said his dad, who lived in Rothbury, was diagnosed with prostate cancer 6 years ago.

Lyles said desperation set in for his father as Vernon learned he had months to live. Vernon Lyles sent Popoff more money before passing away months ago.

"We're still getting letters for this guy to have money sent to him for my father. So my father can be cured," Lyles said.

Lyles said his brother made the initial discovery of their dad's communication with Popoff Ministries when checking his father's mail. The brothers learned their father had sent about $70.

"I reached out to you just to let everybody know that this is going on and for those of us that have elderly and sick parents, we've got to watch out for this. My dad and I were best friends and he never told me," Lyles said.

The FOX 17 Problem Solvers called and left a message for Popoff Ministries. An online search reveals numerous complaints and accusations of Popoff being a charlatan. In the mid 80s, Johnny Carson aired a segment exposing one of Popoff's alleged schemes. He then declared bankruptcy and listed nearly 800 creditors, but Popoff made a comeback in the 90s.

"I don't know how he lives with himself," Lyles said.

"All that he is is someone who's looking for people who are in their last hours, grasping at straws, looking for anything to stay alive a little bit and sucking money out of 'em," he added.

John Masterson, with the Better Business Bureau said, "These guys know how to hit the pressure points and sell it hard, and they're hoping that you really don't look into it or think about it or consider what you're doing and just write a check."

So before sending any money the BBB has a suggestion.

"Always just take a second, research, think about it, and then make your decision," Masterson suggests.

Again, Lyles said his brother checked his father's mail and made the discovery that he'd been writing Popoff. It's a warning to be aware of what your loved ones may be doing.