Eviction leaves pile of bedbug-infested belongings on NW side street

GRAND RAPIDS, Mich. — Residents on Grand Rapids' west side are on edge after learning the belongings inside a nearby home were infested with bed bugs, and now those belongings are out on the street.

"All of us neighbors are mad because they threw this out here the whole area looks like trash," nearby resident Toni Clayton said.

It all started Tuesday morning when the people who lived in the home in the 1000 block of Davis Avenue NW were evicted for not paying rent.  Everything the three renters owned is now outside the home on the lawn.

"It’s a sad story really," neighbor, Jeff Chilton said. "Hopefully the city or whoever, the landlord, will come and clean it up and get it out of my way, because it’s starting to flood around my yard, so I don’t really like it."

Some of the belongings are infested with bed bugs and neighbors tell us that despite warnings, people have been taking some of the stuff to their own homes.

"This is a good way for them to keep spreading them bed bugs in Grand Rapids, because here on the West side a lot of people got them," Clayton said.

Experts say that the bed bugs will likely stay with the belongings, so neighbors shouldn't worry, but they say they are sick of seeing the junk.

FOX 17 has been told that there will be a dumpster in place Thursday morning, and the mess will begin to be cleaned up.

As for the bed bugs themselves, exterminators tell FOX 17 the only way to treat bed bugs is with extreme heat. They suggest placing infested items in a hot dryer for around half an hour. 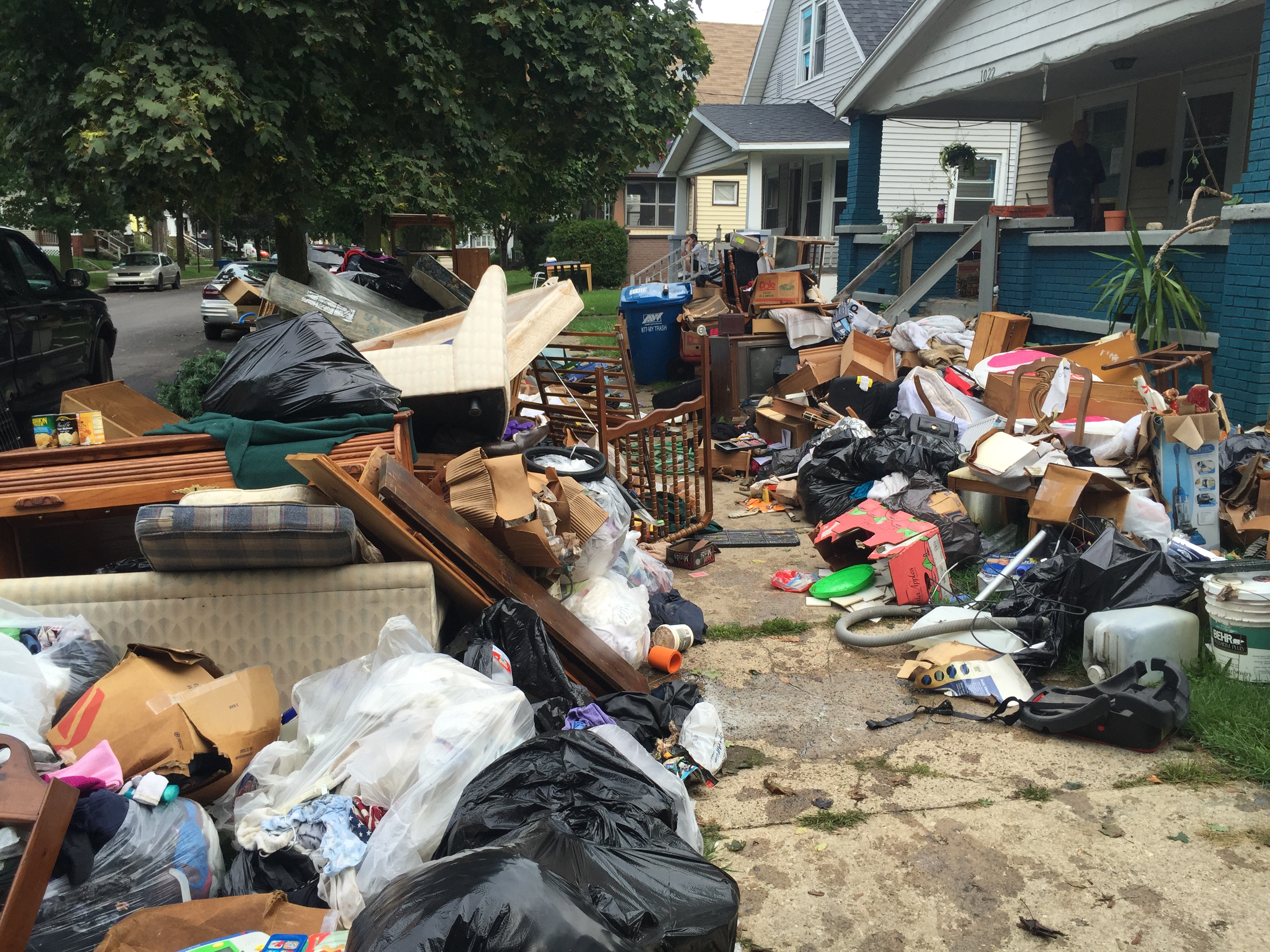