Man fights $47,000 bill from state; expert explains how to avoid this scenario 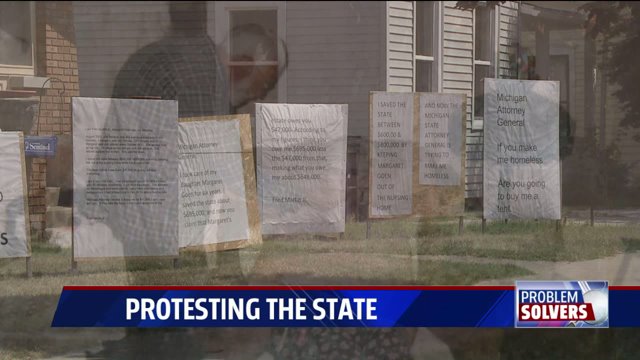 He moved into his ailing daughter's home to take care of her. Margaret Goen died in October 2013 of Pick's disease.

Martin said the house is the only asset that would allow the state to get that money. He's concerned he'll become homeless.

Ken Puzycki, an elder law attorney, explained how to avoid this scenario. He said a "ladybird deed" would have helped Martin.

"Which basically allows you to name a beneficiary for your home. you still own it while you're alive, but when you pass away, the property automatically goes to the person you've named on the deed and you've avoided probate," Puzycki explained.

Then the state can't take the house. Puzycki said there is also a 'hardship exception" which usually applies to surviving children when it comes to Medicaid and estate recover.

"There is a hardship exception that says if the value of the house is less than 50% of the average selling price of a house in the county. Medicaid won't go after it, or more appropriately, the state of Michigan won't go after it. So in my mind, I know the area, I know 9th street fairly well, I wonder whether this gentleman looked into the hardship exception," Puzycki explained.

FOX 17 also spoke with the Michigan Department of Community Health. A department spokesperson said the office is now working with the attorney general's office on this case. They are working to get a "temporary hardship exemption" for Fred Martin.

Stay with FOX 17 as we continue to look into this.