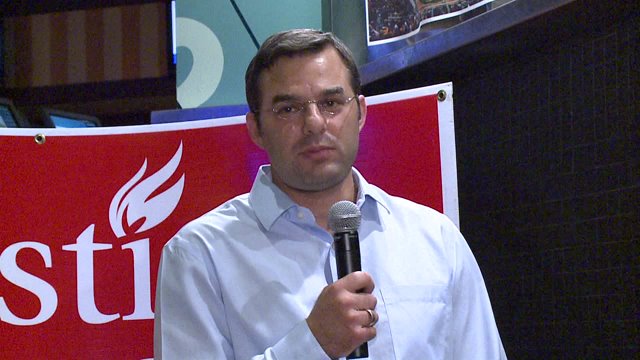 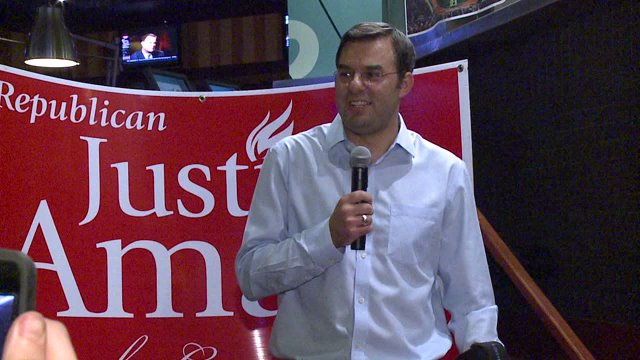 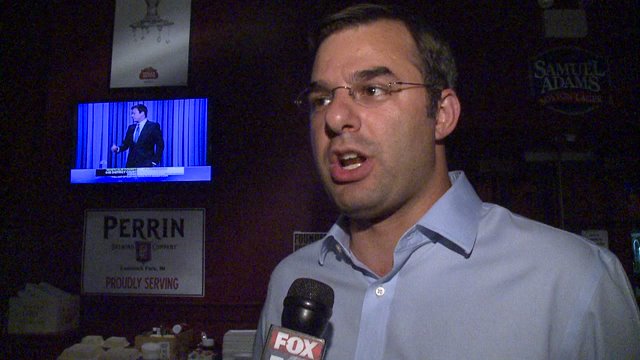 GRAND RAPIDS, Mich. - While wrapping up his victory speech in a win during the primary election, Rep. Justin Amash of Michigan's 3rd District called former Rep. Pete Hoesktra of Holland a 'disgrace' and added that his primary challenger, Brian Ellis, ran a smear campaign.

"(Ellis) owes my family an apology, a public apology for what he said during the campaign," said Rep. Amash.

Amash said specific negative ads that claim he is pro-choice were "complete lies" and said it affected his family, who have been "fighting for pro-life causes for more than a decade."

He also took exception to the ads that refer to Amash as "Al-Qaeda's best-friend."
"I'm an Arab-American, and he has the audacity to say I'm Al-Queda's best friend in congress. That's pretty disgusting."

Amash said that Ellis was hand-picked to run against him in this campaign because of the money he could spend. "That is what is wrong with Washington," he said.  "That is why this is a big win tonight."

Amash refused to take the concession phone call from Ellis.  He said he was even offended that he tried to contact him after running such a campaign.