MUSKEGON COUNTY, Mich. (April 15, 2014) — Muskegon County officials are asking residents who live along the Muskegon River Basin to voluntarily evacuate their homes due to flooding.

According to a press release, Maple Island Road is closed at the Maple Island Bridge, and river levels will continue to rise over the next 24 to 48 hours.

Those who evacuate and do not have a place to go can meet at the Egelston Township Fire Department, 5380 E. Apple Avenue in Muskegon.

Officials also ask those who evacuate to contact Consumers Energy at 231-724-8819 to have their electricity turned off.

“This is a dangerous situation and cannot be underestimated,” a release says.

This call for voluntary evacuation follows a similar situation in the Newaygo County portions of the Muskegon River.  On Tuesday, Newaygo Emergency Services released aerial photos of river swelling and flooding around the county: 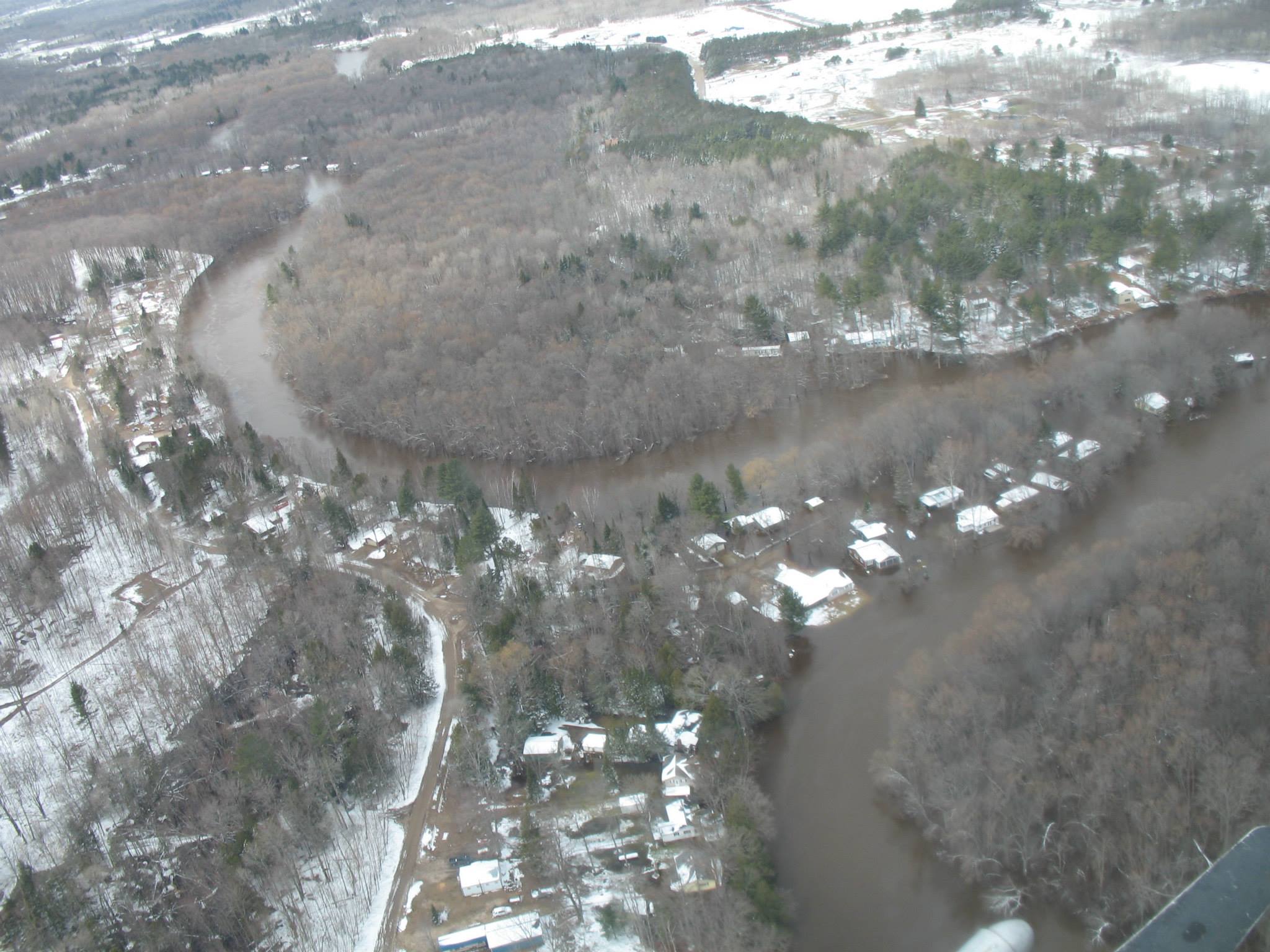