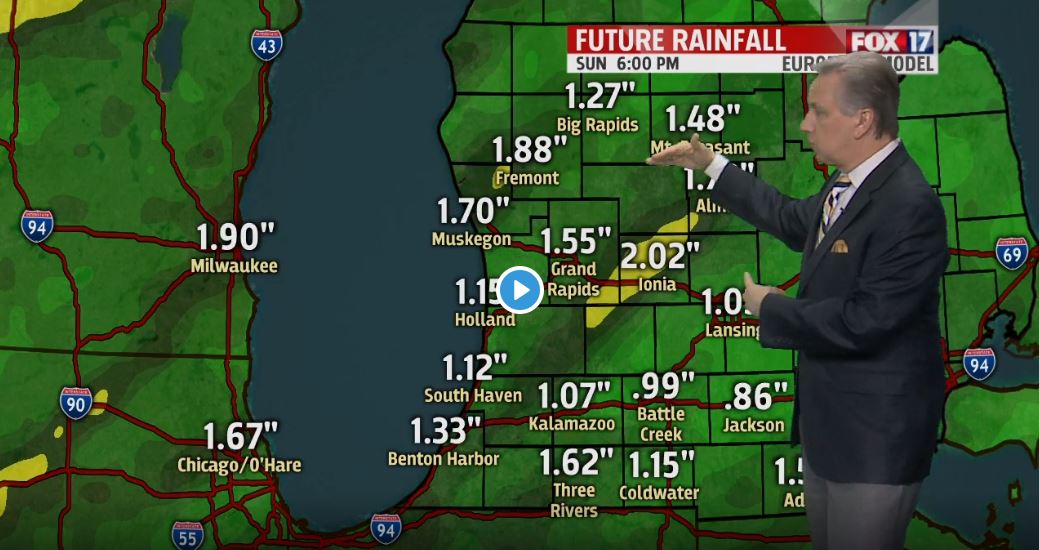 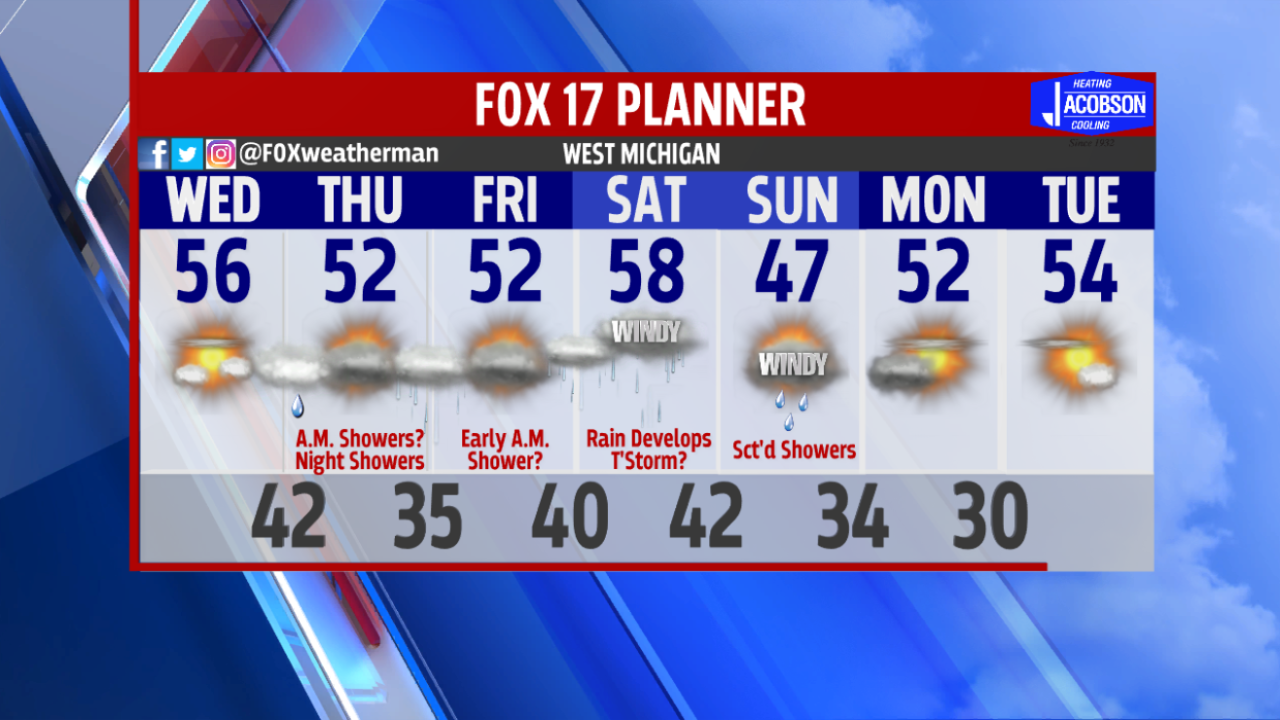 WEST MICHIGAN — The forecast from FOX17 Chief Meteorologist Kevin Craig: Dry conditions and warmer temperatures arrive Wednesday with highs in the mid 50s. Look for some light shower chances Wednesday night into Thursday morning as a weak cold front slides through the state. Then again on Thursday night into Friday morning, a few more rain showers are possible across the area. We expect the steadiest/heaviest rain coming late Friday into Saturday. We could even have a few rumbles of thunder on Saturday as a strong spring storm works into the state. Look for windy conditions with this system both Saturday and Sunday.

TONIGHT: Becoming clear to partly cloudy. Low around 30. Winds east/south at 5 to 10 mph.

TOMORROW/WEDNESDAY: Likely the best day of the week! Mostly sunny to partly cloudy with highs in the middle 50s. Winds south/southwest at 5 to 10 mph.

THURSDAY: A few rain showers possible in the morning, otherwise mostly cloudy with highs in the lower 50s. Winds west/north at 5 to 10 mph.