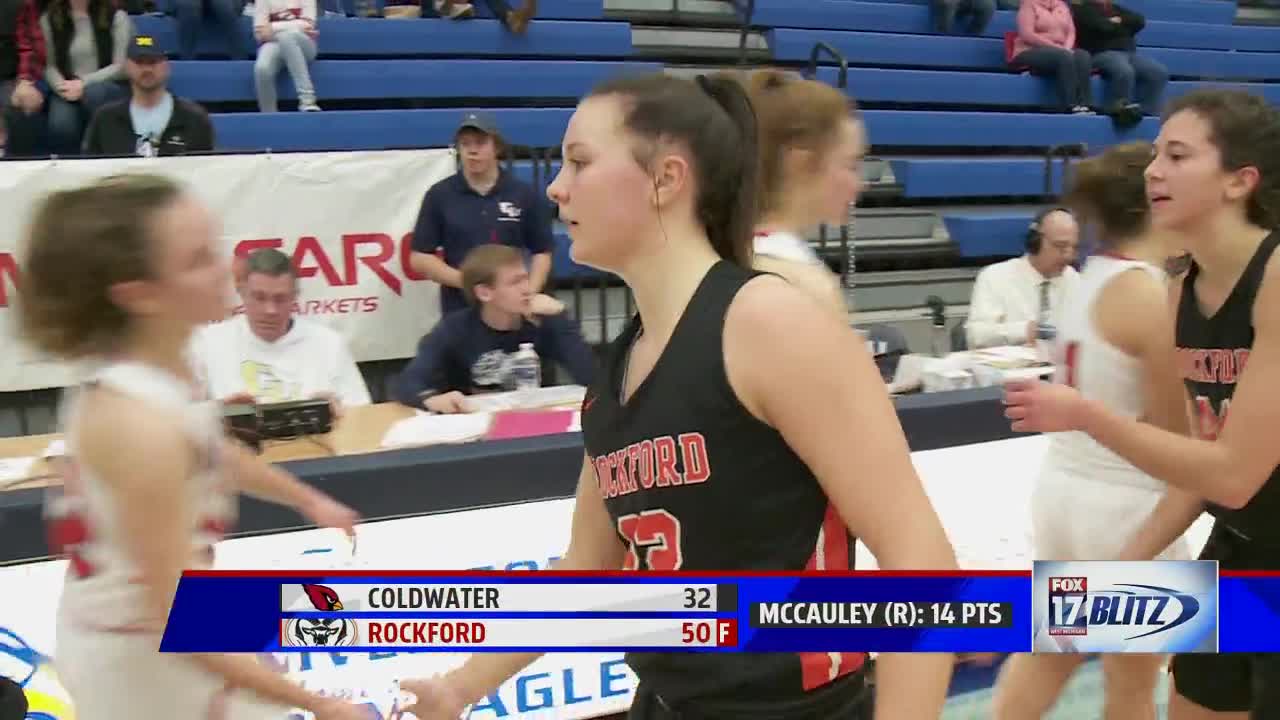 GRAND RAPIDS, Mich. — The Rockford girls basketball team faced some early adversity against Coldwater in a back and forth game. However, the Lady Rams would win the third quarter 18-6 to cruise to a 50-32 victory. Sophomore Megan McCauley led Rockford with 14 points.

"I just know everyone on the team is going to try their hardest to do their best so it doesn't matter who has the most points because we work as a team," McCauley said. "Everyone does their job on offense and defense, we just work really hard as a team."

And head coach Brad Wilson agrees, as his team improves to 5-0 despite having six underclassmen on the roster.

"It's a true team," Wilson said, "we go 11 deep, we cycle our players in and out, my favorite part is we play really hard on defense, but offensively we usually have five or six players with seven or eight points."