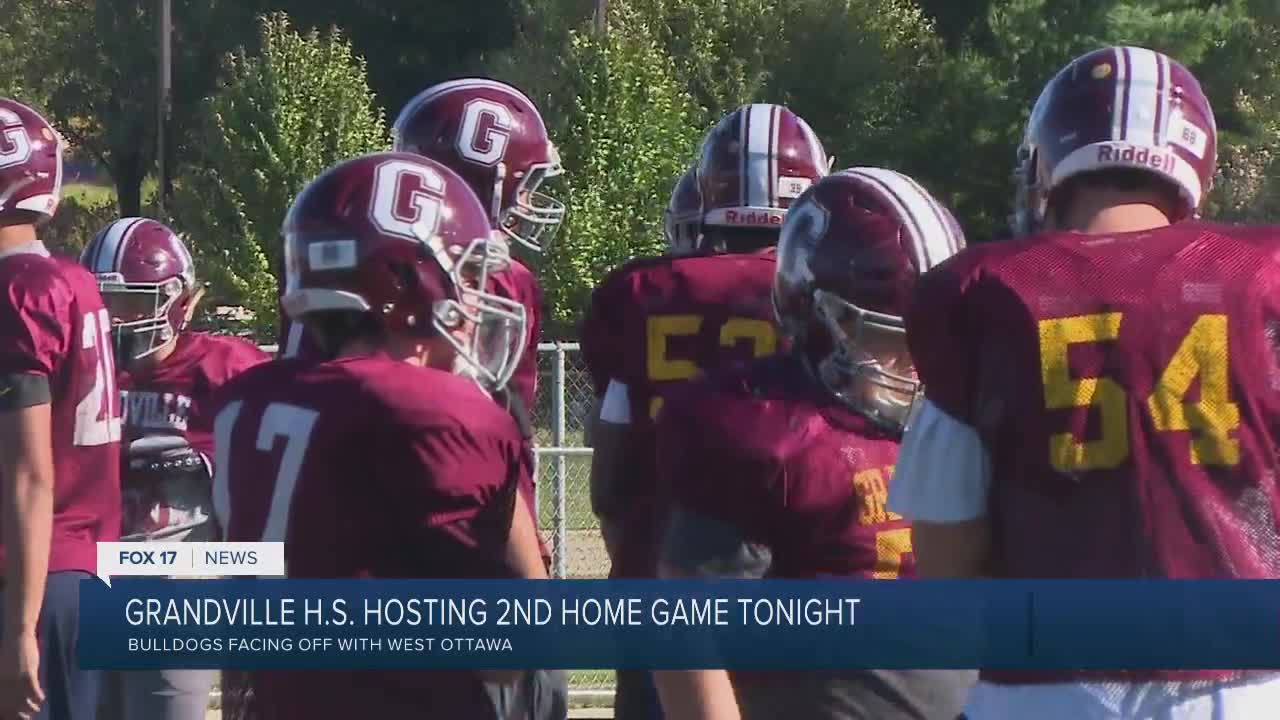 GRANDVILLE, Mich. — They’re 3-0 and a force to be reckoned with out on the turf, the Grandville Bulldogs.

Senior captain Dawson Kryska tells us, “The Bulldogs really, I mean, we have Memo's dog mentality. It’s chasing a common goal as a team, and the hard work we put in, not just on the field, but in the classroom, weight room ... things of that nature.”

That’s right, it’s all about the “Dog’s mentality” for this team.

“Coach Landis came in, and he introduced it to us,” explains Dawson.

“It’s the willingness to pursue an unattainable goal. And that goal is ultimately a state championship and conference championship.”

Senior captain Caden Peddie adds, “Just the way that we work. Like our work ethic is, I think, a lot higher than some of the other teams.”

Work ethic is the steam that fuels this winning machine.

Friday, for their second home game of the 2020 season, they’ll have the added advantage of more fans.

“The biggest difference is really our band is going to be here,” says head coach Stiegel.

“I think what we're doing is, we’re going to open it up to seniors. We have a maybe 125 tickets going to seniors that are, you know, an audience for a general student body. So that'll be exciting to them.”

High school spectator limits are now increased from two fans per player to up to 1,000 fans per venue, according to the Michigan High School Athletic Association.

Peddie tells us the news “feels great. Playing football with like a big student section is probably one of the most fun things to do. Especially when you make a big play, and you look up in the crowds, and they're cheering you on.”

Kryska adds, “I've been talking in class, they're all excited about it, to come into games. And I mean, it's still, it's not going to be as normal as, say, last year's games, but it's for sure gonna make a difference this week.”

One week before homecoming and this is the closest to “normal” this football team has seen.

The Bulldogs say they’re grateful and ready to put their “Dog mentality” to work.

“It’s a blessing to get on the field every day. You don't know when this game will be our last,” says senior captain Marcel Love.

“And I love playing football with my brothers.”