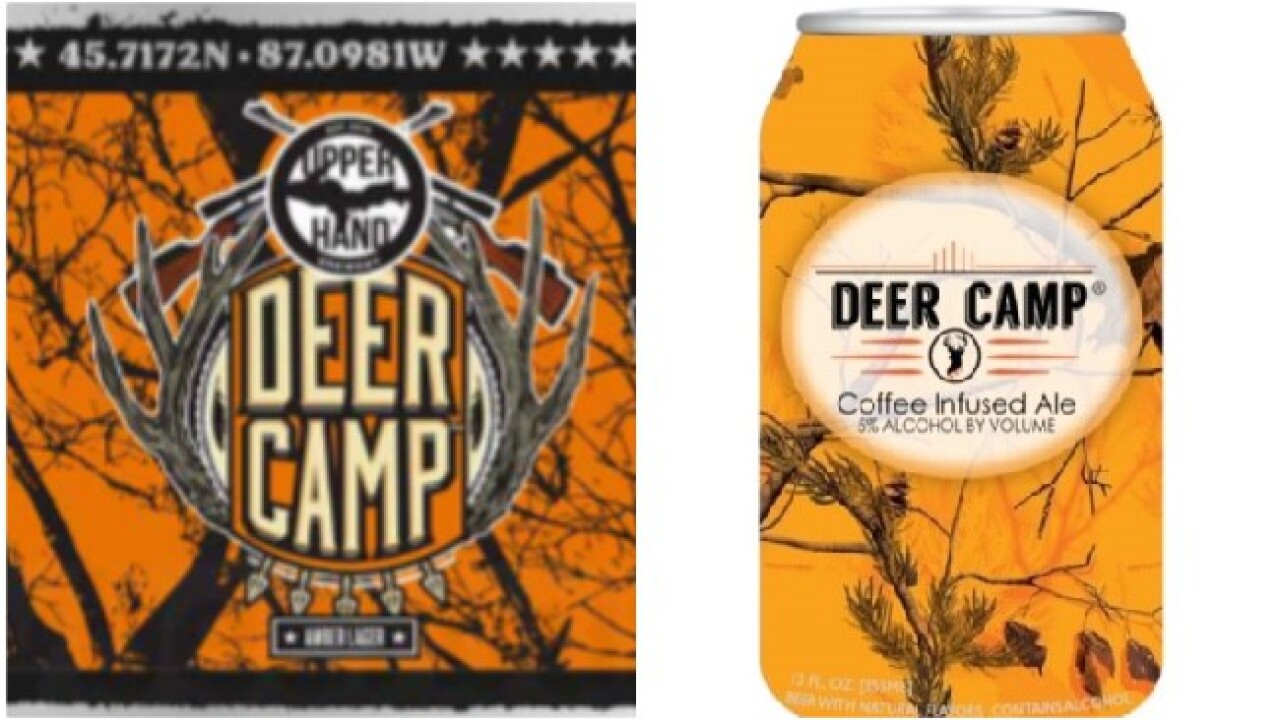 A Michigan company has filed a federal lawsuit against Bell’s Brewery for allegedly infringing on one of its trademarks.

Buck Baits LLC is a Sterling Heights-based company that manufactures hunting attractants and hunting-themed products. The company has filed a lawsuit claiming Upper Hand Brewery, an Upper Peninsula division of Bell’s, is using its “Deer Camp” trademark for a beer.

In federal court documents, Buck Baits says it has been using the “Deer Camp” trademark for multiple products since 2015. A modification to use the trademark for beer was also submitted to the U.S. Patent and Trademark Office last year, according to documents.

Citing a USPTO attorney, the lawsuit says the trademarks “are identical in appearance, sound and meaning, and have the potential to be used … in exactly the same manner.” As a result, Bell’s trademark request was denied, the lawsuit says.

The lawsuit says despite being denied, Upper Hand Brewery went ahead and sold “Deer Camp” beer and other related merchandise.

Buck Baits is seeking financial compensation and for Bell’s to stop using the name.

Bucks Baits released a statement on the lawsuit:

"Buck Baits, LLC is a Michigan based women owned company serving the archery, hunting and outdoors community. As we celebrate our fifth year in business, we are working extra hard to establish Buck Baits as a leader in a male dominated industry offering our customers best in class and quality products. We have always taken great pride in acting ethically in our business endeavors and have been successful in establishing Buck Baits products as well as the Deer Camp product line, including our Michigan roasted brand Deer Camp® coffee, a licensed REALTREE® product, not only in Michigan, both nationally and internationally. Our Deer Camp® trademark was registered with the United States Patent and Trademark office in 2016. In 2017, Bell’s applied to register the trademark for their upcoming Deer Camp beer to be sold under their Upper Hand division but their application was rejected by the USPTO because it conflicted with our registered trademark. However, despite being notified of this conflict, Bell’s moved forward and released their Deer Camp beer in the fall of 2018. We have made several efforts to find a friendly resolution to this matter, but Bell’s has shown no interest in working together to resolve this matter. Thus, as a small business, we were left with no choice but to engage legal counsel and file this lawsuit to protect our business, brand, and trademark rights. As for specifics facts and legal arguments, please see the complaint that was filed with the court.”

Bell's has not responded to a request for comment on the lawsuit.