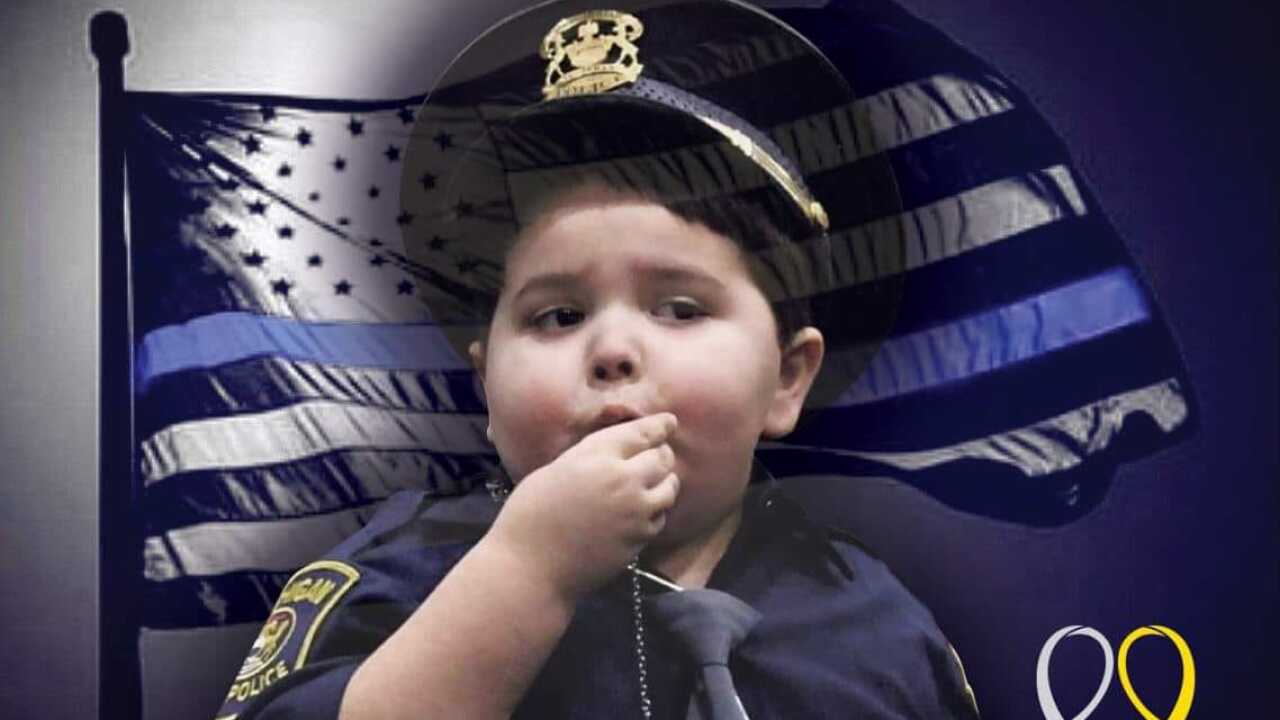 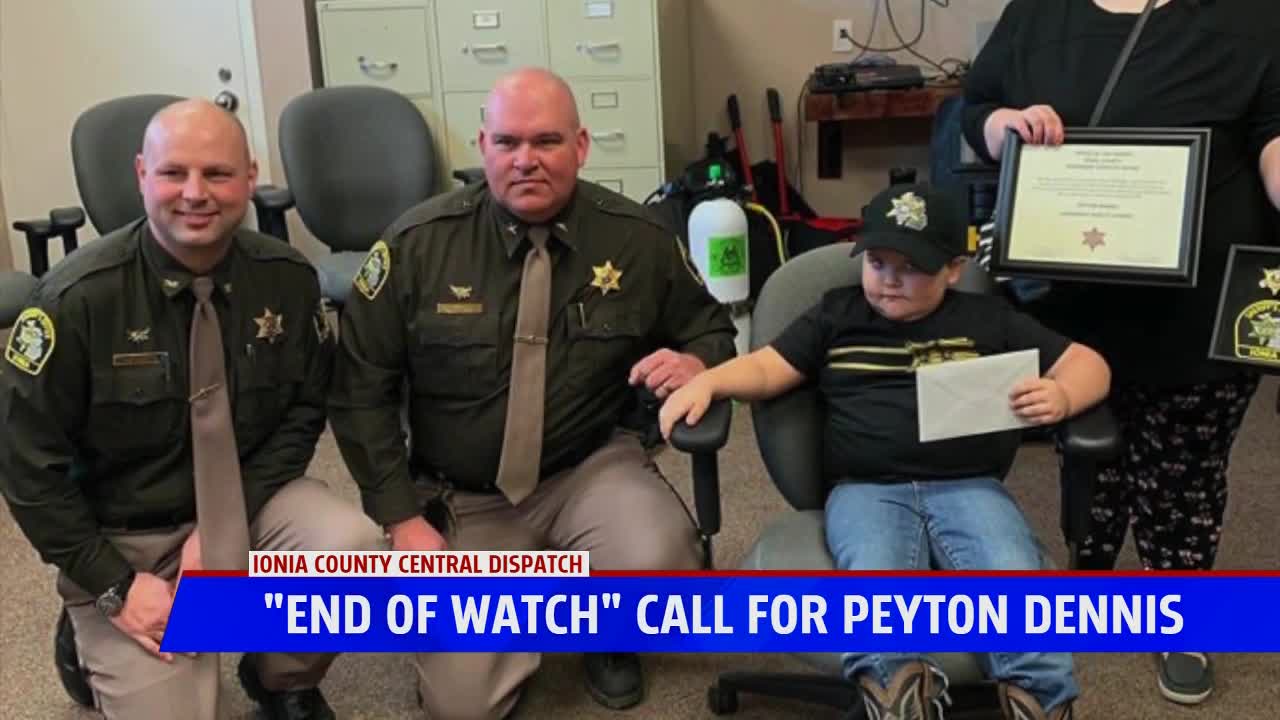 At the end of a police officer's life a call is made over all channels of their home dispatch as an official farewell to a fallen officer. Ionia County Central Dispatch commended Peyton's bravery in the face of his diagnosis, and promised his brothers- and sisters-in-arms will take the watch from here.

Peyton's family, friends, and the community worked together to pack as much life into his short time as they could, taking trips, meeting super heroes, and making memories. The 5-year-old boy became a beloved honorary member of the Ionia Police and Fire Departments, the Ionia County Sheriff's Office, and the community of Ionia as a whole since his diagnosis with brain cancer.

Peyton's call was made at 2:57 p.m. Saturday, December 21st, exactly 1 week after his watch officially ended.