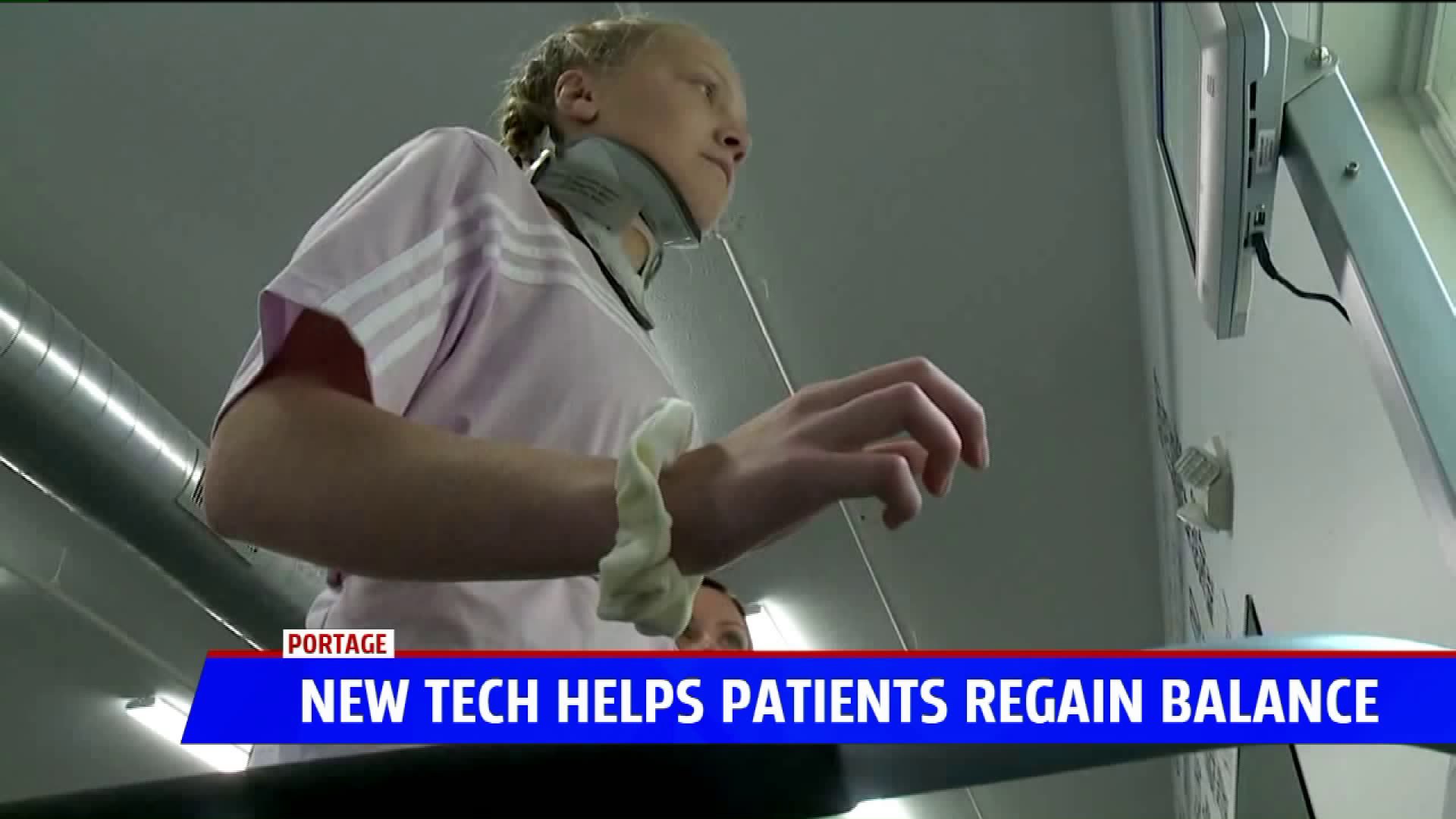 KALAMAZOO COUNTY, Mich. — Arianna Willson visits Rehab Specialists in Portage four times a week, her mom Holly said. She’s been doing physical therapy there since late October when she sustained a spinal injury after missing her footing on the balance beam during gymnastics practice.

Since then her recovery has been difficult, Arianna said.

“There’s been peaks and valleys. Some days I can get up and just walk. And then there’s some days where I can barely stand,” Arianna said during an interview with FOX 17. “But I think the thing that I’ve had to learn the most is probably having faith.”

Faith in herself and faith in God, she said.

Friday morning the 12-year-old held onto her pink walker tightly as she walked to a machine that’s been helping her regain her balance, the Biodex Balance System. Physical therapist Amy Rogers helped her stand up and step onto a circular pillow.

Then Amy turned on the screen in front of Arianna that looked like a video game.

“I went on there and played a couple of games,” Arianna said. “I did like a catch game and like a circle game where I have to like do my balance and staying on the circle.”

While she was playing the game, the machine recorded her movements, Amy said.

“It’s really good for visual feedback,” Amy said.  “Before we’d have to use a mirror. Now they’ve got a screen in front of them showing them their actually center of gravity.”

The machine is all about balance, Amy said. It's helpful to treat other injuries too like ACL tears, knee and  orthopedic injuries, and concussions.

“We’re hoping that this can broaden the awareness of concussions and the treatment that is available to athletes who have sustained a concussion,” Amy said. It helps to “prevent re-injury. Get them back to where they were prior to injury.”

Amy said there’s four other Biodexes in the state. Rehab Specialists has the first one in southwest Michigan. They got it in October and have been using it daily.

Arianna enjoys visiting the facility, she said. Her goal is to return to gymnastics and she believes the machine will help her get there.

“It’s a long recovery,” Arianna said. “It requires patience. But in the long run I think I’ll be good.”