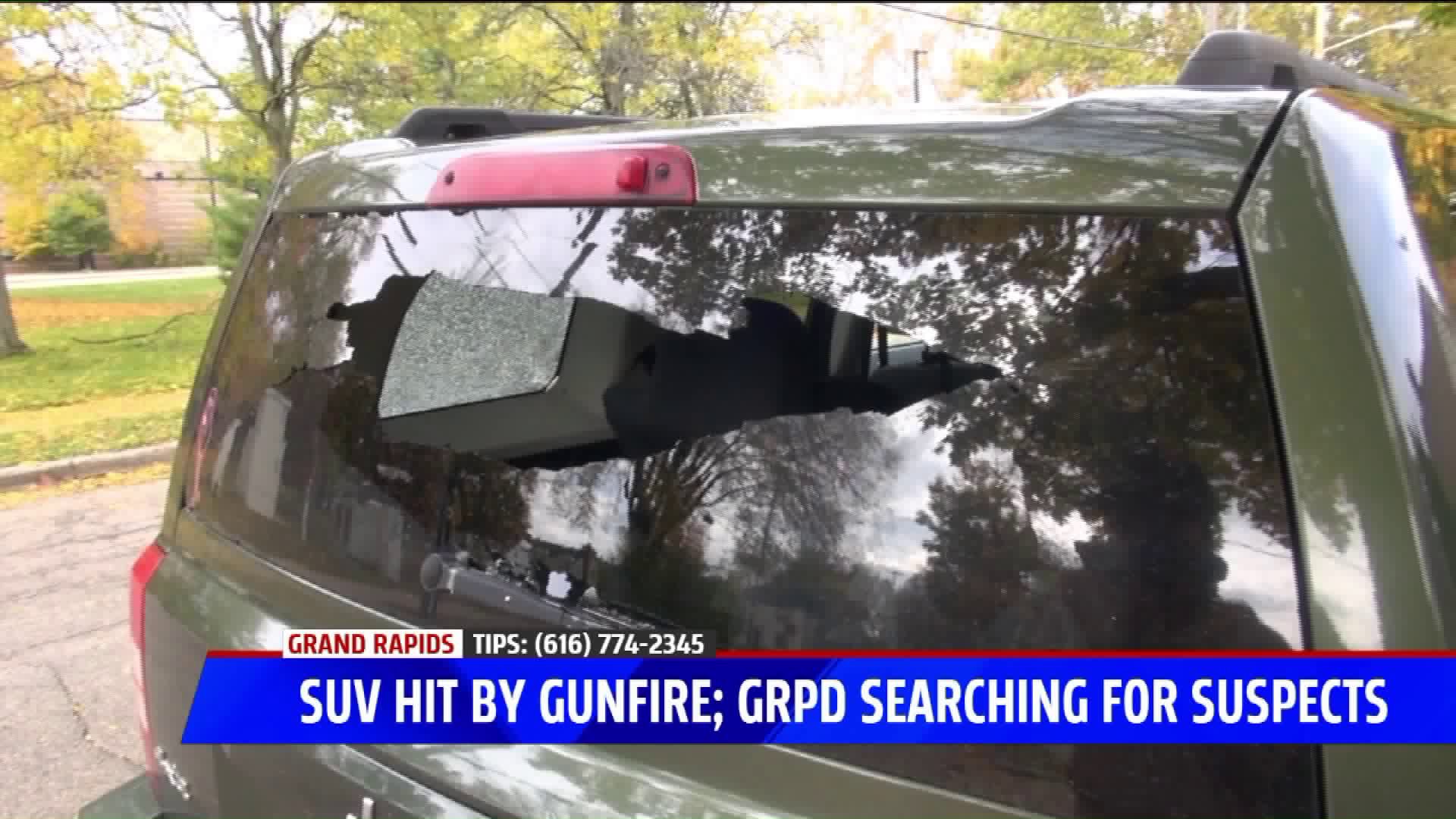 GRAND RAPIDS, Mich. -- Police need help finding the people involved in a shooting in the Alger Heights neighborhood across from a middle school. It happened Friday morning before 9 a.m on Blaine avenue near Alger Street. No one was reported injured, and no arrests have been made.

"I heard the shots. I was inside with the kids at the time because I'm the nanny, and they wanted to run to the window (because of) the loud sounds. So I kept them back," Kayla Snyder recalled.

She says the next thing she knew there was an officer knocking on the door asking if a Jeep Patriot parked outside belonged to her. Unfortunately for her, it does. Several of the shots she heard had pierced the SUV.

"There's usually a different black (Jeep) Patriot parked there. So I guess... what I'm hearing is my Jeep was confused for that one, and that's why it got shot," she said.

Before the shots, GRPD says there was a fight. It occurred right across the street from Alger Middle School. Witnesses say the people involved quickly scattered.

Snyder said she's "thankful that we're all safe and inside at the time."

Again, there were no reports of injuries and no arrests. Police ask anyone with information to call Silent Observer at 616-774-2345.