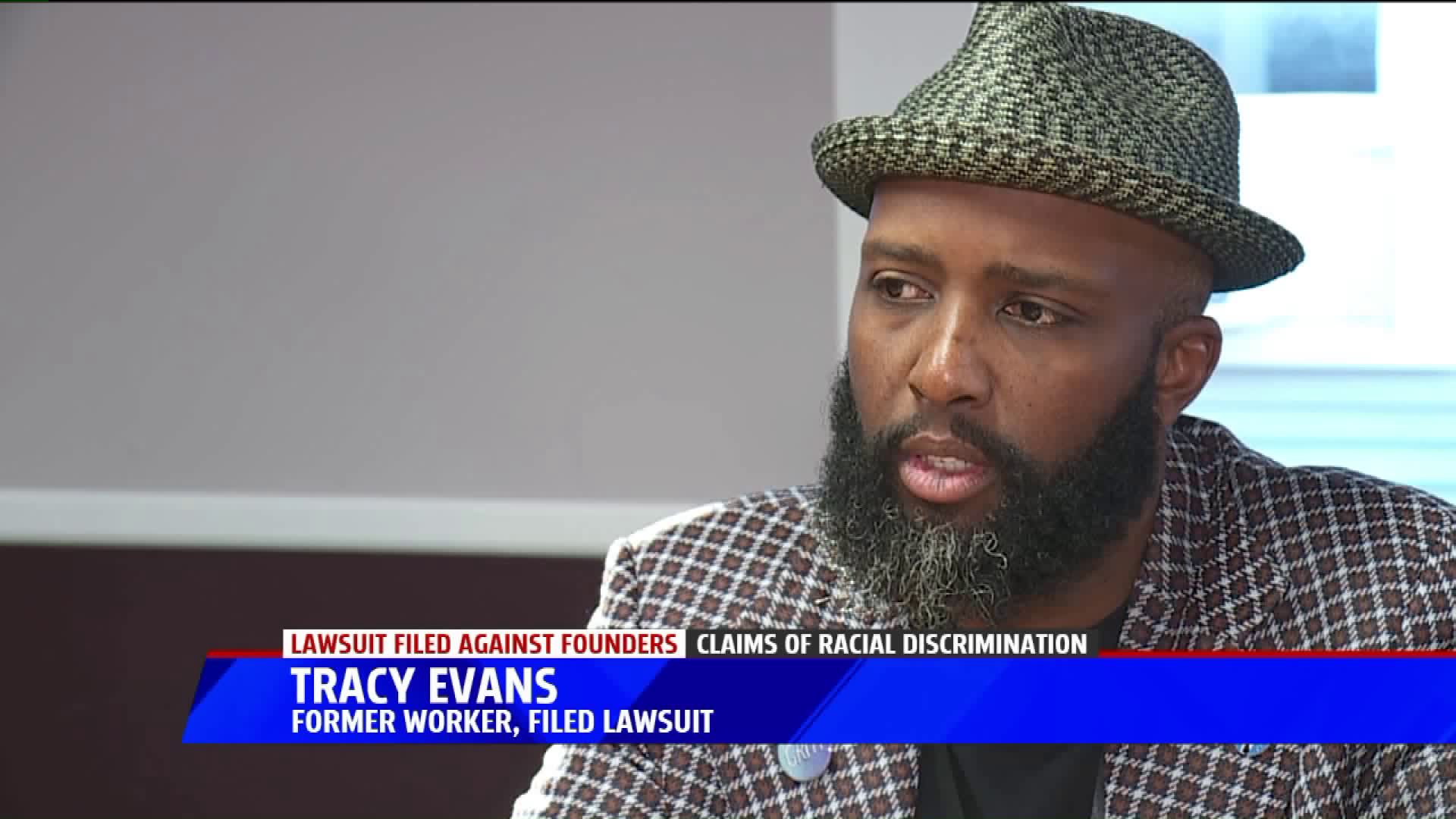 GRAND RAPIDS, Mich-- Founders Brewing Co. remains embroiled in controversy with an ongoing discrimination lawsuit filed by a former employee who says he experienced racial discrimination at both the Grand Rapids and Detroit locations.

From protests in Detroit to the resignation of Founders' Diversity and Inclusion Director, Tracy Evans says the recent outpouring of support for his cause is validating and why he thinks his lawsuit is bigger than just the brewery.

"I’ve been dealing with this for years so this is not new, it's nice to kind of get this to this point where you are just being so supported and people are showing you so much love, it keeps you going in the right direction," Evans said.

It’s been nearly two years since Tracy Evans filed a lawsuit against the state's largest brewery.

In the lawsuit, Evans says he was discriminated against, subject to racially insensitive language and was fired by Founders after trying to file complaints with HR.

"As a person of color, so many times we don’t speak up about these things, because we don’t want to be singled out or we don’t want to create waves in the system, because it is better for us to not break the mold," Evans explained.

The lawsuit took a new turn this week when transcripts were uncovered from a deposition of Founders General Manager Dominic Ryan.

According to the transcript, Ryan who was being questioned by Evans' Attorney,  wouldn’t say if Evans was African-American and asks for clarification regarding what a black or white person is.

"For him to not even be able to say that I’m black, that’s just dumb, man. Just say it, just recognize that. That’s the problem with all these things now and the attorney’s defense of ‘he doesn’t see color’ or ‘we don’t see color’ we have to see color, we have to see each other for our differences and those things and it's very important and it's the reason there’s a lot of uproar. It's the reason people are really understanding this is a systemic problem," Evans said.

Founders says the transcript of the deposition was taken out of context.

Harkema was hired in 2019 after Evans filed the lawsuit.

She posted a resignation letter online, saying the company did not follow the own principles they set for themselves.

"I read it once and teared up and I read it again, I bawled, I cried, I cried hard for multiple reasons. It was very validating, but at the same time just listening to this person talk about these things they were going through and experiencing and I know she had to make a very hard decision with that," Evans said of her resignation.

"When a company doesn’t want to change and you can see, that and you can see all the things that happened and realize you are being used a token and your likeness is being used, it hurts. My heart and my love goes out to her," Evans added.

Evans says the last few months have been empowering and he hopes his voice can help a greater cause.

Throughout this lawsuit, Founders Brewing has denied Evans allegations and say they fired Evans because of poor performance.

The brewery's co-founder says, they're confident they will prevail in this lawsuit.