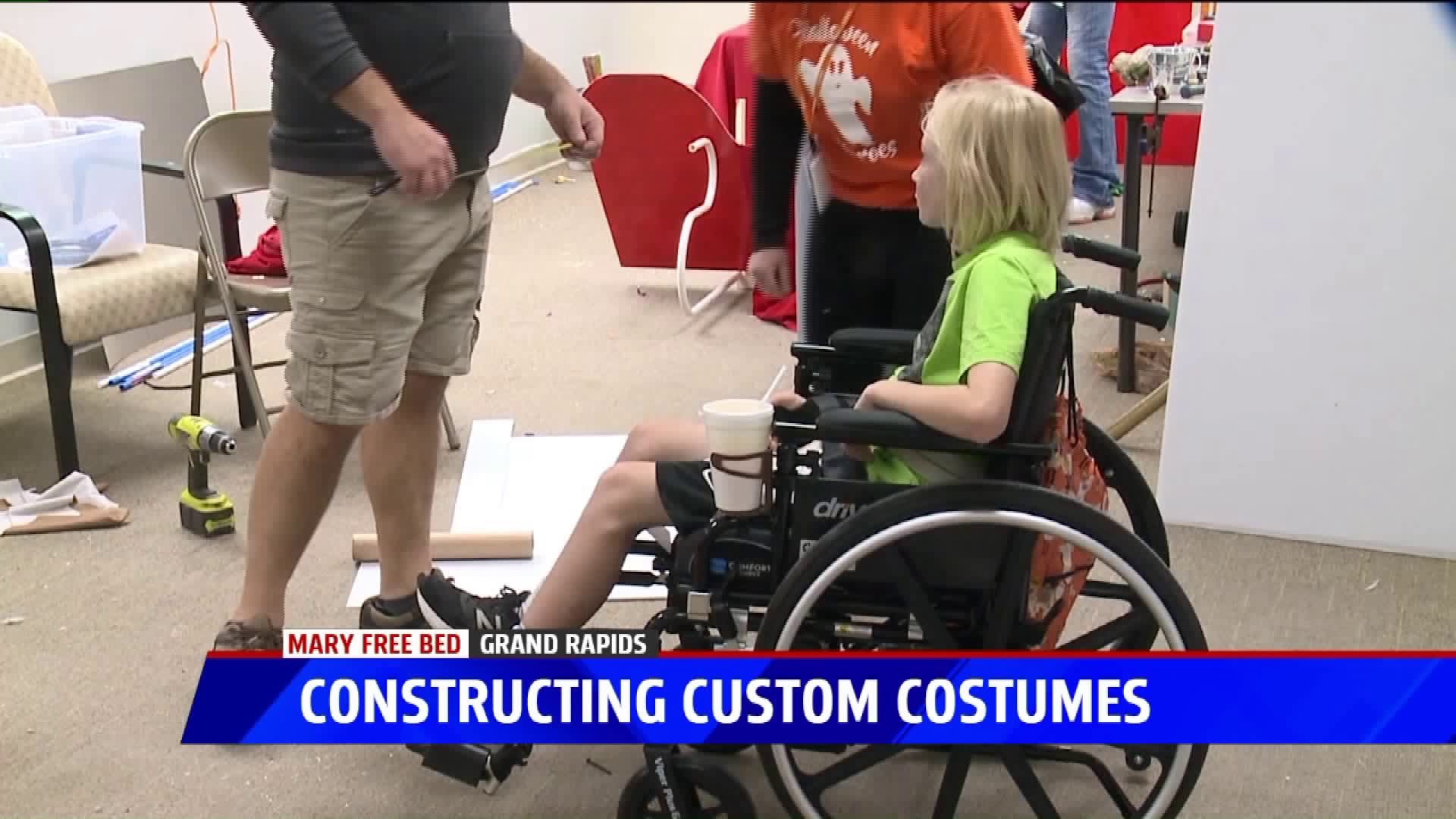 The Halloween Hero’s Parade Coordinator, Jane Weatherford, is calling this their biggest year yet, with 34 different costumes this year, from movie characters, a fire truck, space ship, and animals.

“We always tell the kids, it's completely their choice, there are no limitations.”

The parade is for kids in both inpatient and outpatient therapy at Mary Free Bed Rehabilitation Hospital.

Weatherford said, “We really just want to give these kids the opportunity to not only have a really cool costume, but to take it home and use it at school, and in their neighborhoods and just be part of everyone else and part of the activity."

Casey Hay’s son, Thomas, is participating in the parade Saturday.

Hay said, “He was feeling pretty bummed about missing Halloween at home."

Thomas suffered a stroke in early October, and is slowly regaining the ability to walk and use the right side of his body.

“He initially wanted to be Todd Gurley for Halloween, because he figured he could get a jersey out of it, but I couldn't get the jersey here fast enough, so he settled for a football," Hay said.

But not just any football; a football flying through the goal posts, attached to his wheelchair.

As you can imagine, it’s quite the process to make these ideas come to life.

Weatherford said, “It's made up of 2x2's and 2x1 boards and then we use pex tubing to keep it nice and light, and then we use signage board to do the embellishments and really build out the frame."

For Mary Free Bed families, it’s the chance to see their kids, just be kids.

The Halloween Hero's Parade is Saturday, October 26th at 3pm.

It begins at the Mary Free Bed Main Campus on Wealthy St. in Grand Rapids.

The Forest Hills Central Marching Band will be leading the way down the street past the St. Mary’s campus.

The Grand Rapids Police and Fire Departments and the Cosplay Crusaders will be on hand as well.