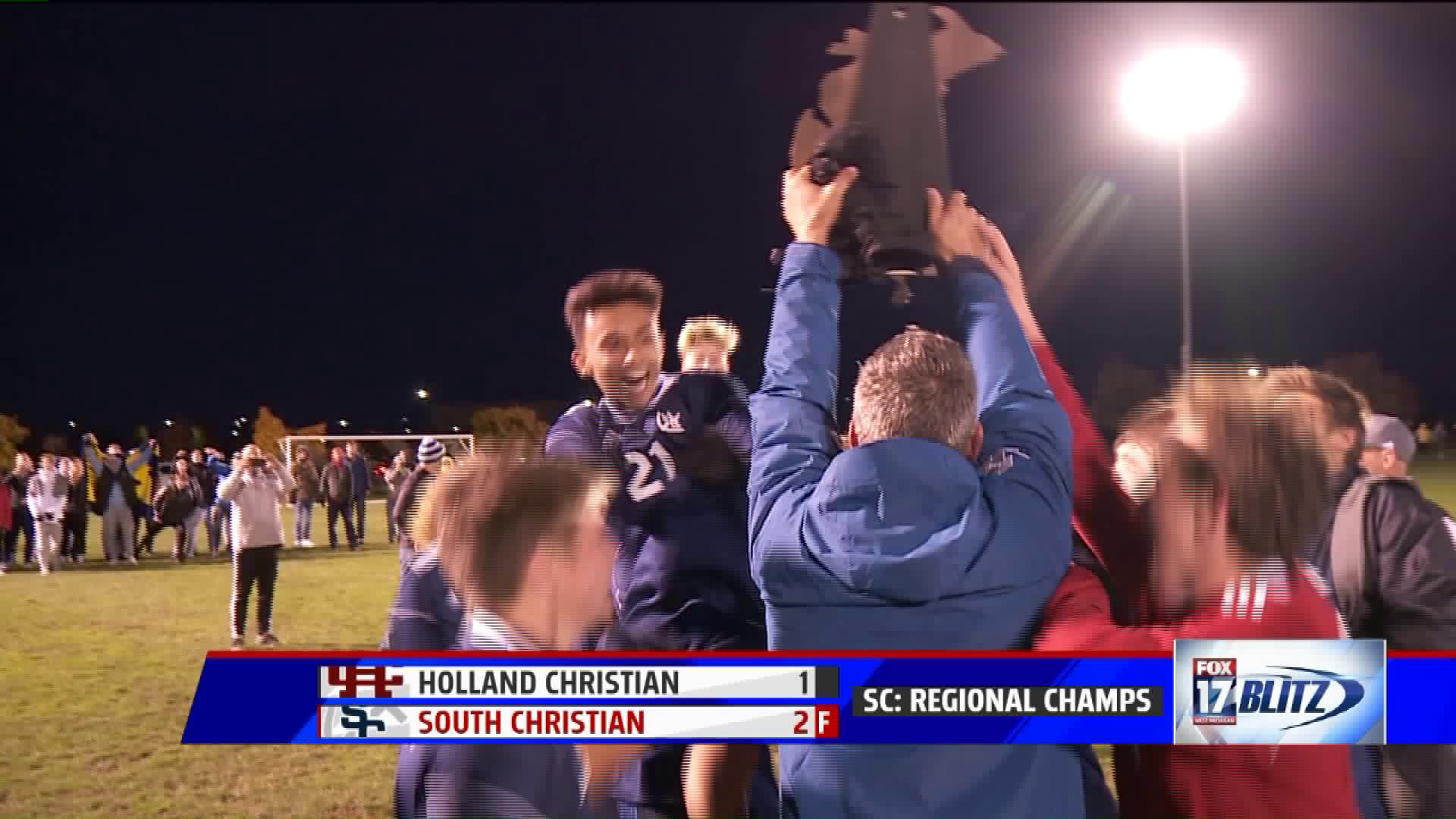 BYRON CENTER, Mich. -- Holland Christian entered Thursday's regional final against South Christian unbeaten on the season. The Maroons beat the Sailors back in August, 4-0 but there was a trip to the state semifinals on the line this time around.

Chase Freriks would open the scoring just over 16 minutes in to put Holland Christian in front before Caleb Wieringa headed home a corner kick minutes later to tie it going into halftime.

In the second half, the goalies made several saves including a stop by Sailor goalkeeper, Nik Schepers on a Holland Christian penalty kick to keep the game knotted at one.

"For them to have a penalty kick to take the lead I thought 'oh man, this is going to be a game decided by a PK that stinks,'" South Christian head coach Jason Boersma said.

Ironically, with just under four minutes remaining, a handball in the box would set the Sailors up with a penalty kick of their own as junior Thom DeVries gave South the 2-1 lead, and minutes later, the win.

"Again my thought was, 'dang it, I don't want to end the game on a PK,' but it feels a lot better when it's our guy taking it opposed to their guy," Boersma added.

"I called for Jeff Herrema," chuckled Boersma, "and Thom said, 'no, no, me,' and Jeff said, 'no Thom,' so I said, 'ok,' because Thom actually is our number one but Jeff has buried every one of them that he's taken in a game this year."

"It was loud," DeVries added, "everyone was screaming and yelling from the stands, me and Jeff have a good friendship so he asked me, I asked him and I said I would take it."

It was the first time all season that Holland Christian had allowed more than one goal in a game as the Maroons season comes to an end with its first loss of the season. Meanwhile, South Christian advances to the state semifinals to take on the winner of Elk Rapids and Ludington at Cedar Springs High School on Wednesday.