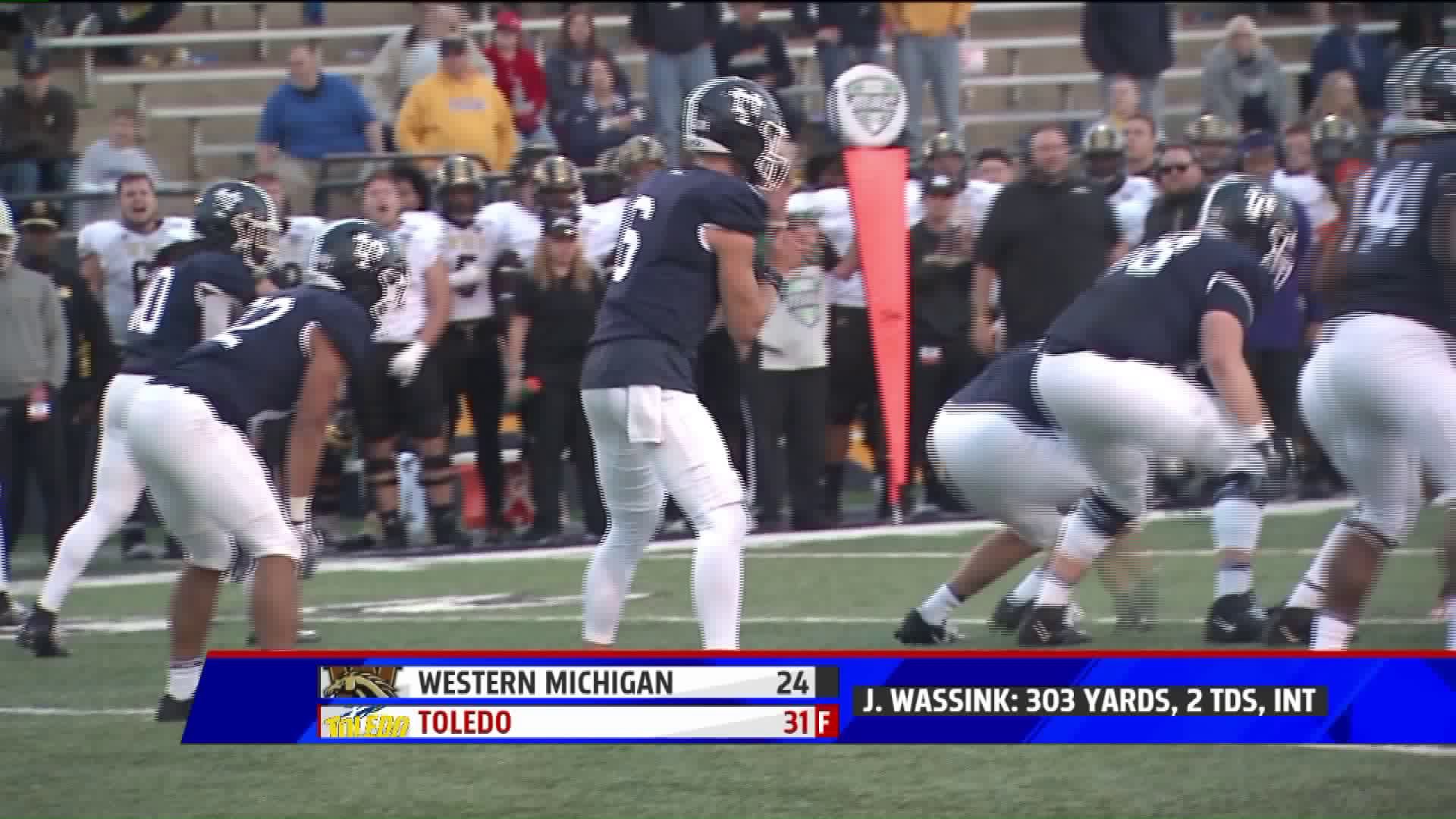 TOLEDO, Ohio -- Two of the top three offenses in the Mid-American Conference squared off on Saturday afternoon in Ohio as Tim Lester and Western Michigan took on Toledo. The Broncos found themselves down 14-0 early in the first quarter until Jon Wassink connected with Giovanni Ricci for a six-yard touchdown strike, Ricci's sixth of the season which made it 14-7 Rockets.

The Broncos trailed 24-7 at halftime until a 10-0 run in the third quarter fueled by a 43-yard touchdown pass from Wassink to Jaylen Hall and a 34-yard field goal from Thiago Kapps made it 24-17 Toledo. In the fourth, the Broncos trailed by two touchdowns late until LeVante Bellamy broke off a 39-yard touchdown run to get Western within seven, resulting in a 31-24 Toledo win.

The Broncos fall to 3-3 overall and 1-1 in MAC play, WMU will host Miami (Ohio) on Saturday at Noon.