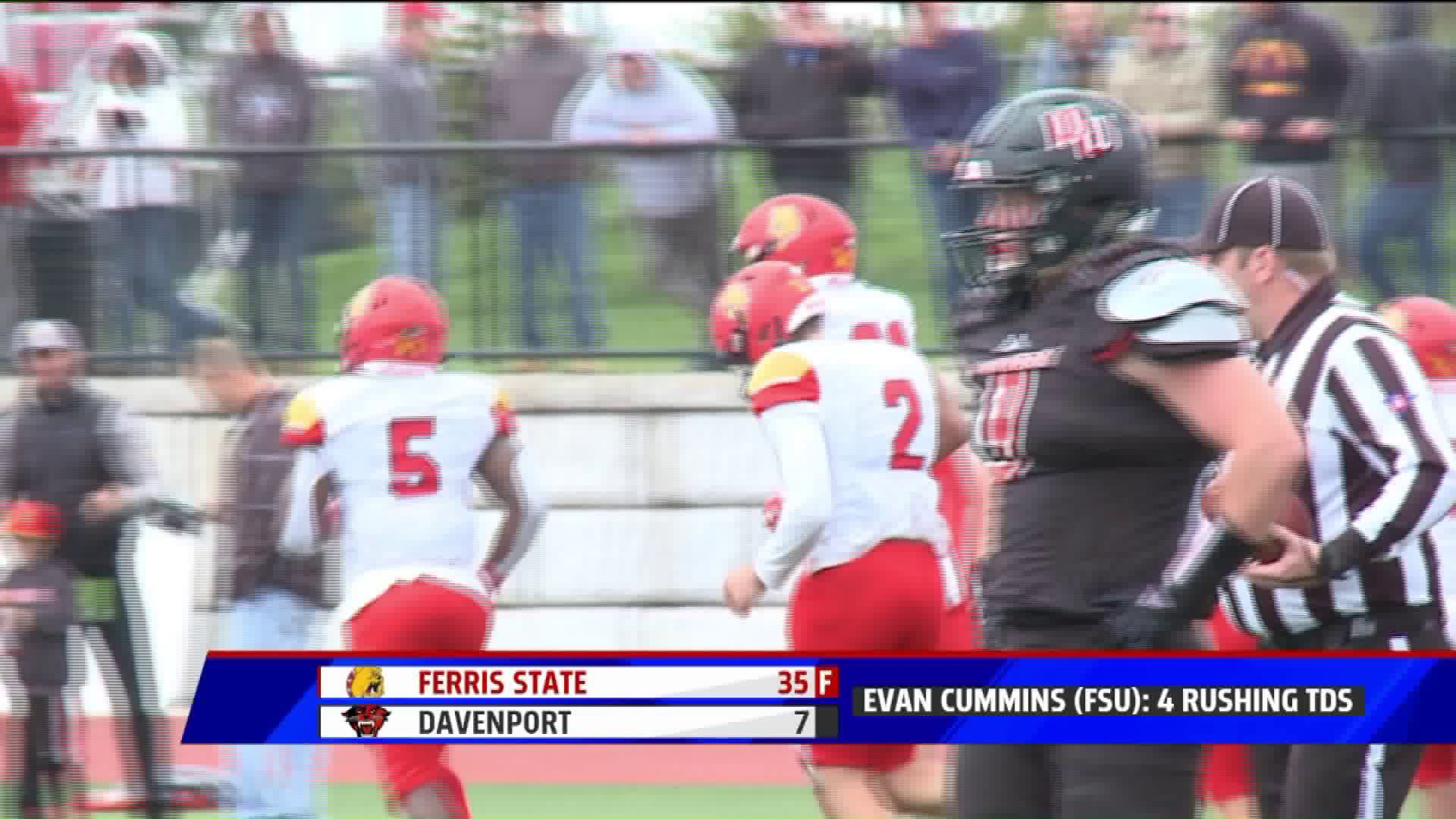 CALEDONIA, Mich. -- It was a battle of early GLIAC unbeatens on Saturday as Tony Annese and Ferris State traveled to Davenport to take on the 3-0 Panthers. The Bulldogs were once again without Harlon Hill trophy winner Jayru Campbell at quarterback which led to a two quarterback system between West Catholic product Travis Russell and sophomore Evan Cummins.

It would be Cummins stealing the show, however, running for four touchdowns on the day, leading Ferris State to a 35-7 win. With Campbell out due to undisclosed reasons, it begs the question how long will it be before the Bulldogs' offensive leader starts again.

"We are certain," Tony Annese said after the win, "whoever is playing quarterback is good, so there is no uncertainity when it comes to the quarterback play. All three of those guys have played really well and we're 5-0. Jayru, Evan, and Travis have done their part," he continued.

The Bulldogs threw for just 106 yards in the win but the ground attack was impressive as the team racked up 317 rushing yards, led by Cummins' 77 yards on 16 carries and four scores.

"It builds a lot of confidence," Cummins said, "it helps when your defense gives you the ball back on the six-yard and getting muffed punts and things like that. I really just have to give credit to everybody for the success I've been able to have. It was a great team win, everyone played well, defense played great, offensive line played great."

Meanwhile for Davenport, it's a young program that will use the loss as a learning lesson.

"We've got some work to do," head coach Sparky McEwen admitted, "this was a lesson that we will learn from and I can guarantee you one thing, the boys will come back and we'll take this and get better from it."

Ferris State improves to 5-0 on the season and will take on Wayne State next week while Davenport will take on Ashland on the road, a team that just upset Grand Valley, 20-17 on Saturday night.