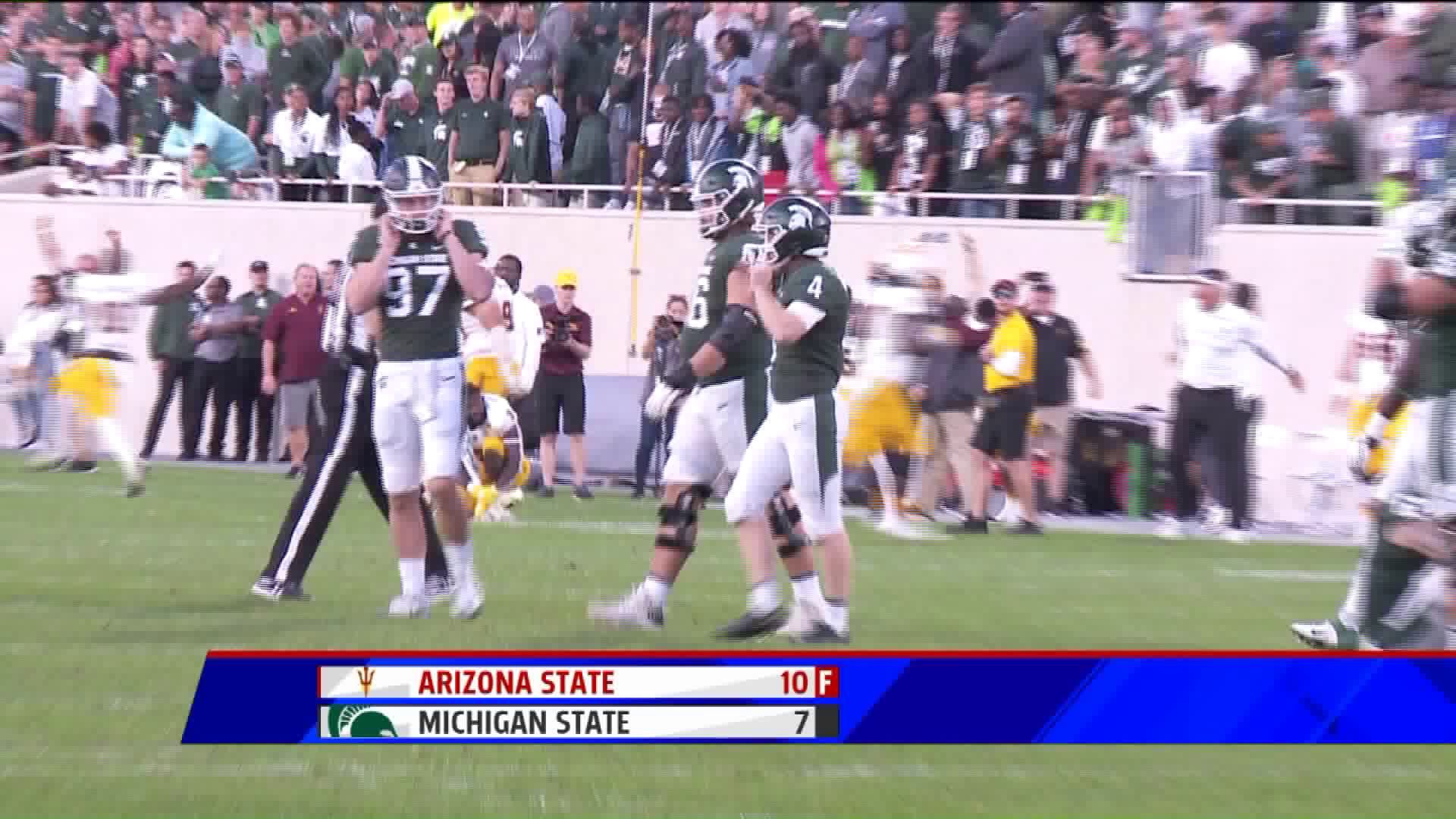 EAST LANSING, Mich. -- Michigan State anticipated the celebration of Mark Dantonio's 110th win as the head coach of Michigan State on Saturday night as the Spartans hosted Arizona State. Instead, Dantonio suffered one of the more perplexing losses of his career, falling to the Sun Devils, 10-7. The Spartans doubled up Arizona State in total yardage but everything else seemed to go against Michigan State, including a late 12-men on the field penalty that negated a would be tying field goal.

"You guys have seen it, then we line up and kick the field goal, they try and hurdle us," Mark Dantonio said about a Arizona State player attempting to jump the line during the field goal, which is illegal in college football. "That should be a penalty, call no penalty, it's not reviewable, that's just to get to overtime. There's a lot of opportunities prior where we could have won the game. I think they need to take a good hard look at the officiating, that's all I'll say," he added.

Spartans senior Raequan Williams also mentioned the confusion at the end of the game as the Spartans attempted to get the field goal team on the field.

"That was a little tough and confusing," Williams said, "the clock was still running so everybody wanted to amke sure we at least got something out there and make a play at the time."

Linebacker Joe Bachie understands the Spartans needed more than seven points to win the game but says the defense could have helped more down the stretch.

"It's tough," Bachie admitted, "we know we've got to convert a little offensively. Defensively, though, we were in another situation to win the game and we didn't do it, so we're not pointing fingers today."