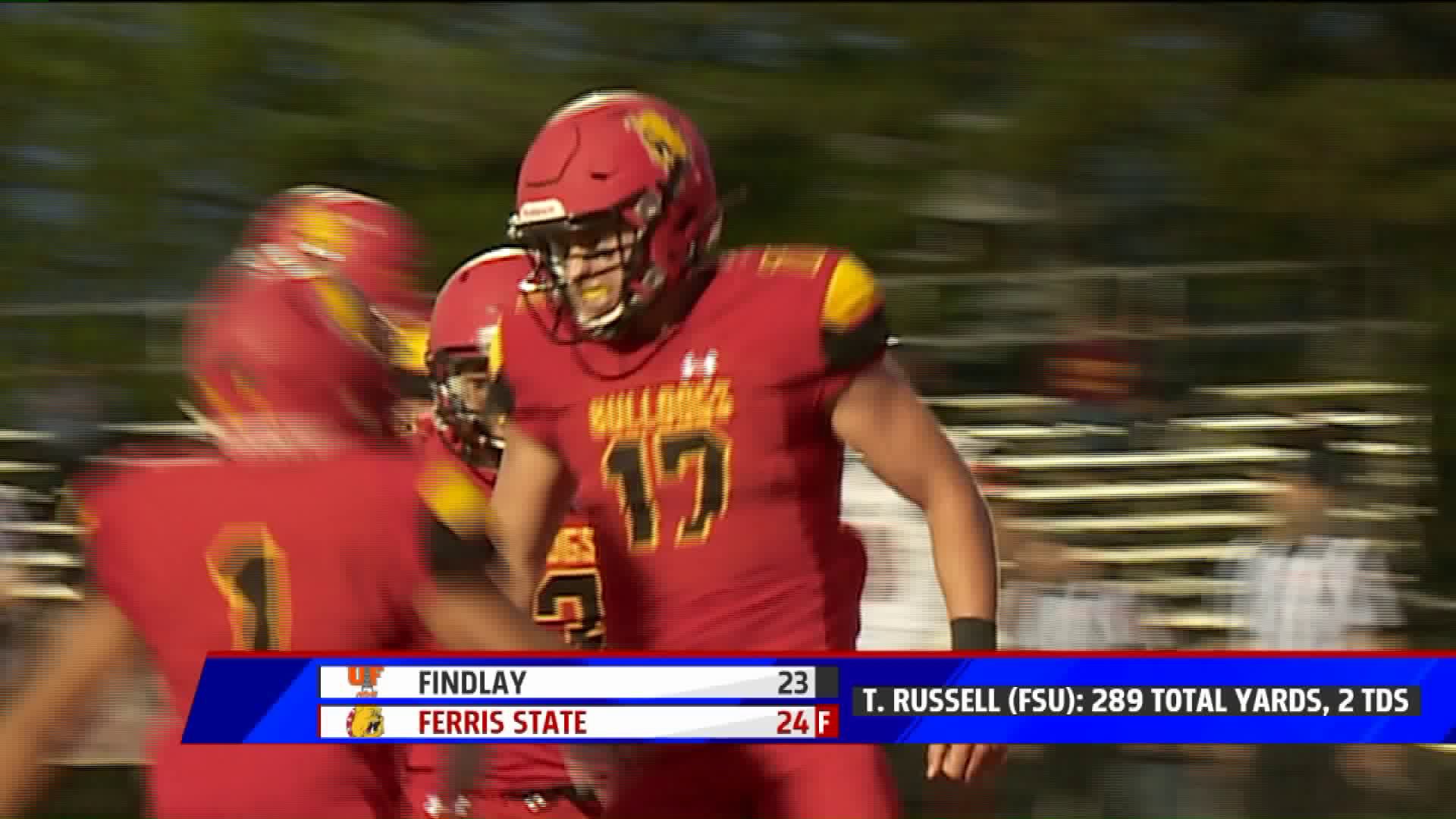 Russell found Sy Barnett for a 59-yard touchdown strike to tie the game 7-7 in the first quarter before a 24-yard field goal by Tyler Burch made it 10-7 Bulldogs.

In the second quarter, Russell scored on the ground from two yards out. Russell combined for 289 yards and two touchdowns in the game.

The Bulldogs led 24-17 before a Findlay touchdown with just 51 seconds left. The Oilers chose to go for two, but Ferris stopped the pass attempt, resulting in a 24-23 victory.