Dozens attend funeral of WWII vet with no living family 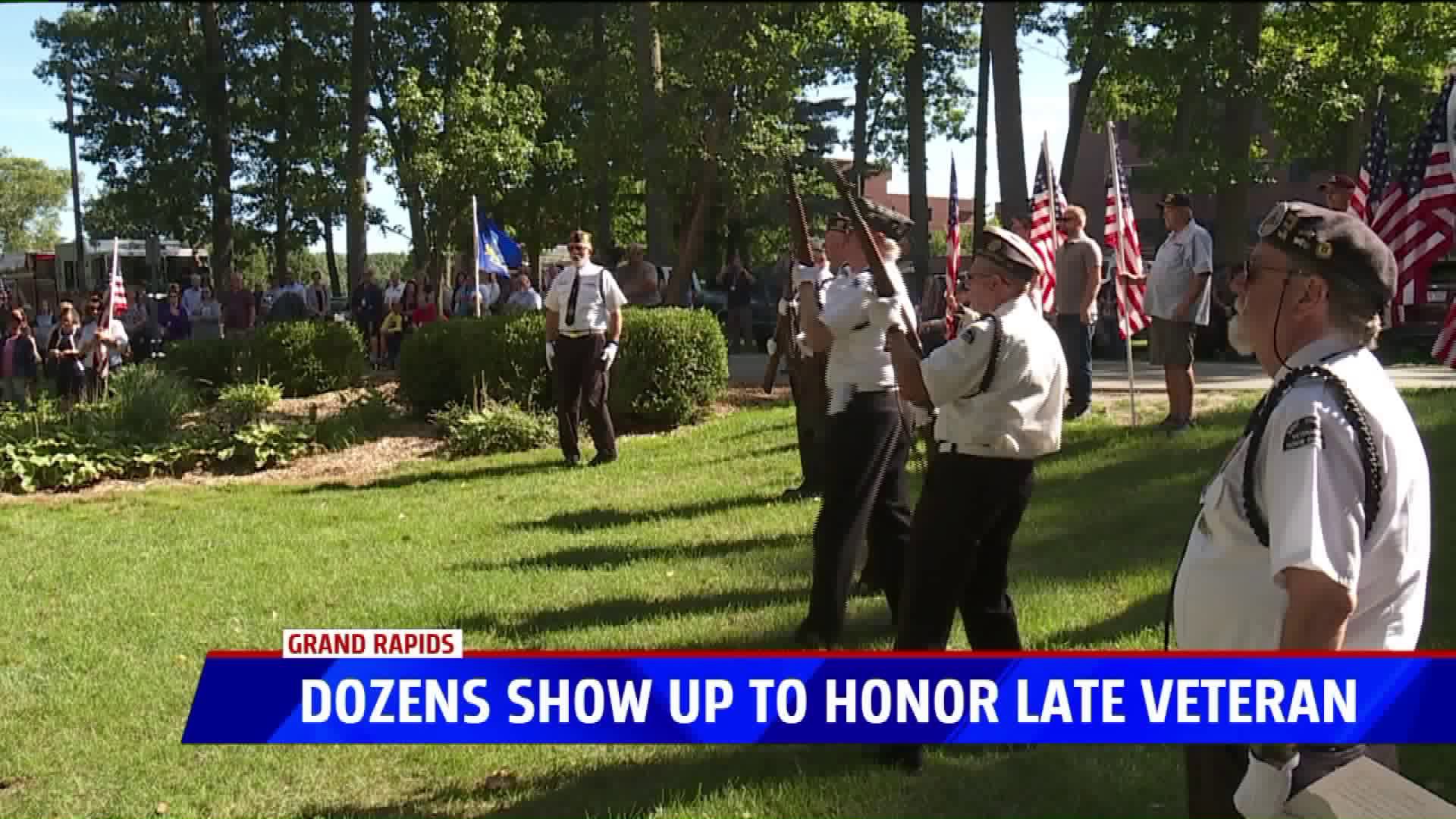 GRAND RAPIDS, Mich. — Dozens of veterans, the Honor Guard, and total strangers came out Thursday morning to pay their respects to a World War II veteran.

James Kelly’s funeral was expected to be pretty empty because he has no living family, but after a call for action, dozens showed up to the Grand Rapids Home for Veterans to celebrate his life.

"He passed away here at the Veterans Home with no family. Today we are that family," said Philip Pakiela from the Patriot Guard Riders.

When he died in August, the home was concerned there wouldn’t be enough turnout for his funeral so they called for reinforcements: the Patriot and Honor Guard. But many more showed up, some from hundreds of miles away.

"That's what it should be for a veteran that served in the military, especially in World War II," said David Scott McIntosh who traveled from South Carolina to attend.

Kelly served in WWII at the age of 20. He was a store keeper for nearly two years before coming home and marrying his wife, Nat. But, when she died after 40 years of marriage Kelly ended up at the home for veterans.

"He was very easy to love, very easy to care for and even though he struggled with his health and he couldn't do what he loved to do. Like the back of his hat said he just really wanted you to smile," said Tiffany Carr at the Grand Rapids Home for Veterans.

And those are the memories Kelly’s friend’s are keeping alive with this celebration of life.

Kelly is buried at the Grand Rapids Home for Veterans, if you'd like to drop off flowers or pay your respects.