Boatyard Brewing Co. to remain the ‘Happy Brewery’ until it closes at end of August 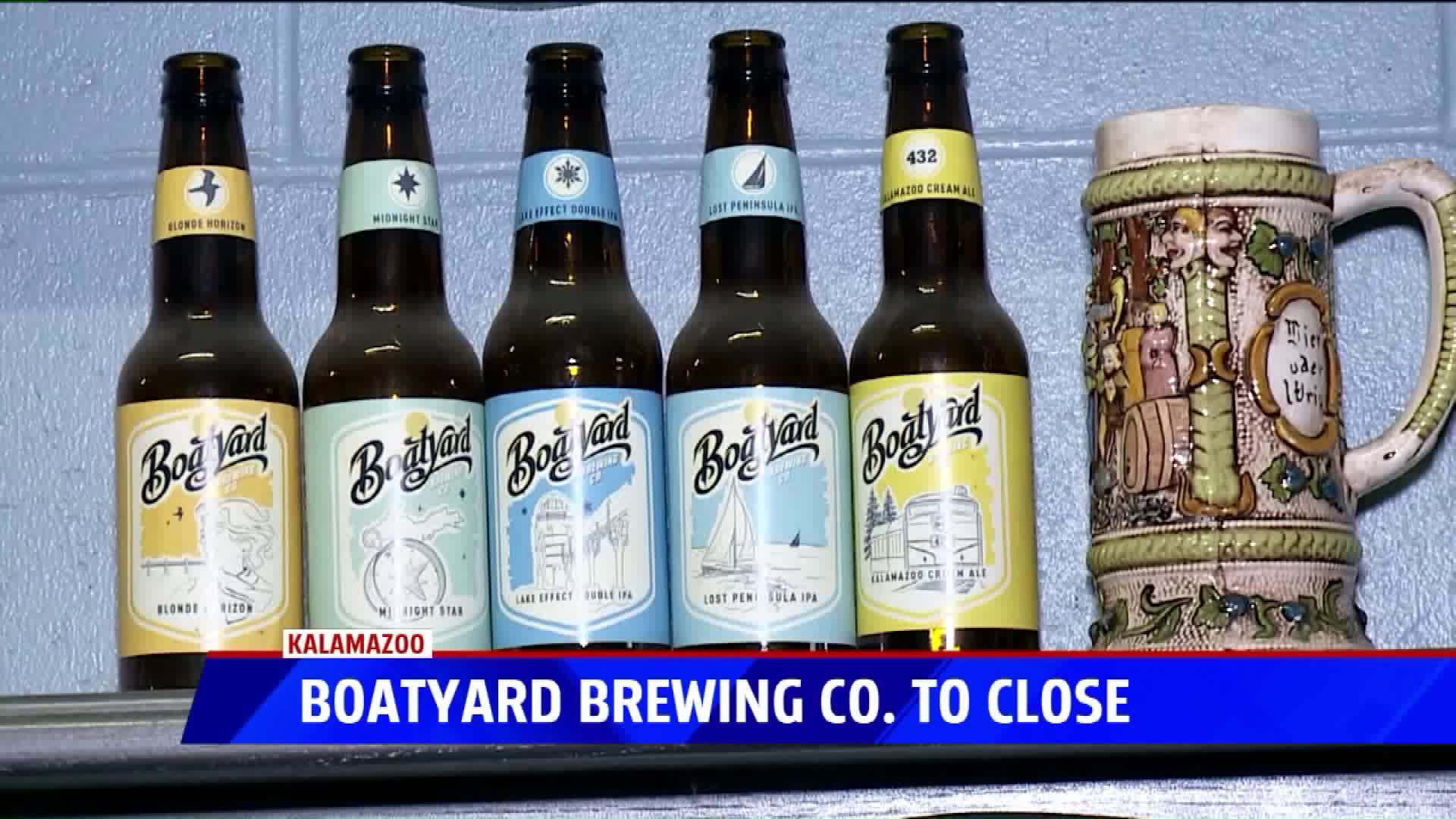 KALAMAZOO, Mich. — Stephanie Ingram loves working at the Boatyard Brewing Company. Years ago, she was just a regular customer who later became a bartender. She fell in love with the industry and is now a taproom manager.

“I’ve been here for over four years and have met so many fantastic people,” she said during an interview at the bar. “A lot of people refer to it as their 'Cheers.' This really just has a welcoming vibe.”

Monday night, Ingram found out they were closing. She was crushed and said telling the staff the next day was one of the hardest things management has had to do.

“I’m going to miss this place more than I can even express,” Ingram said with tears in her eyes. “It’s going to be really hard but we’re going to have a great last few weeks and go out with a bang and have a lot of laughs too.”

Closing Boatyard was a tough decision for co-owner and general manager Pat Kleppert. It began in 2013 when the owners got their license and a year later they opened the taproom.

Since then, it’s been known as the “Happy Brewery” which is what they intended it to be.

“We’ve had a lot of good days, made a lot of good friends. A lot of good customers became friends,” Kleppert said. “So we’re going to miss it a lot and hopefully they miss us a little bit too.”

As much as they’ll miss the staff and customers, financially it's been hard to keep the doors open, he said.

“At the end of the day it’s market conditions and, you know, revenues versus expenses,” Kleppert said. “Unfortunately, there’s a lot of good choices in Kalamazoo and you know it just kind of fell that way.”

During their last few days, they plan to have a big celebration he said. Two bands are already booked for the occasion. However he’s hopes customers will continue to support the local brewery scene.

“It’s really important to go out and support local (breweries),” Ingram said. “We’re really lucky to have so many great breweries in Kalamazoo.”