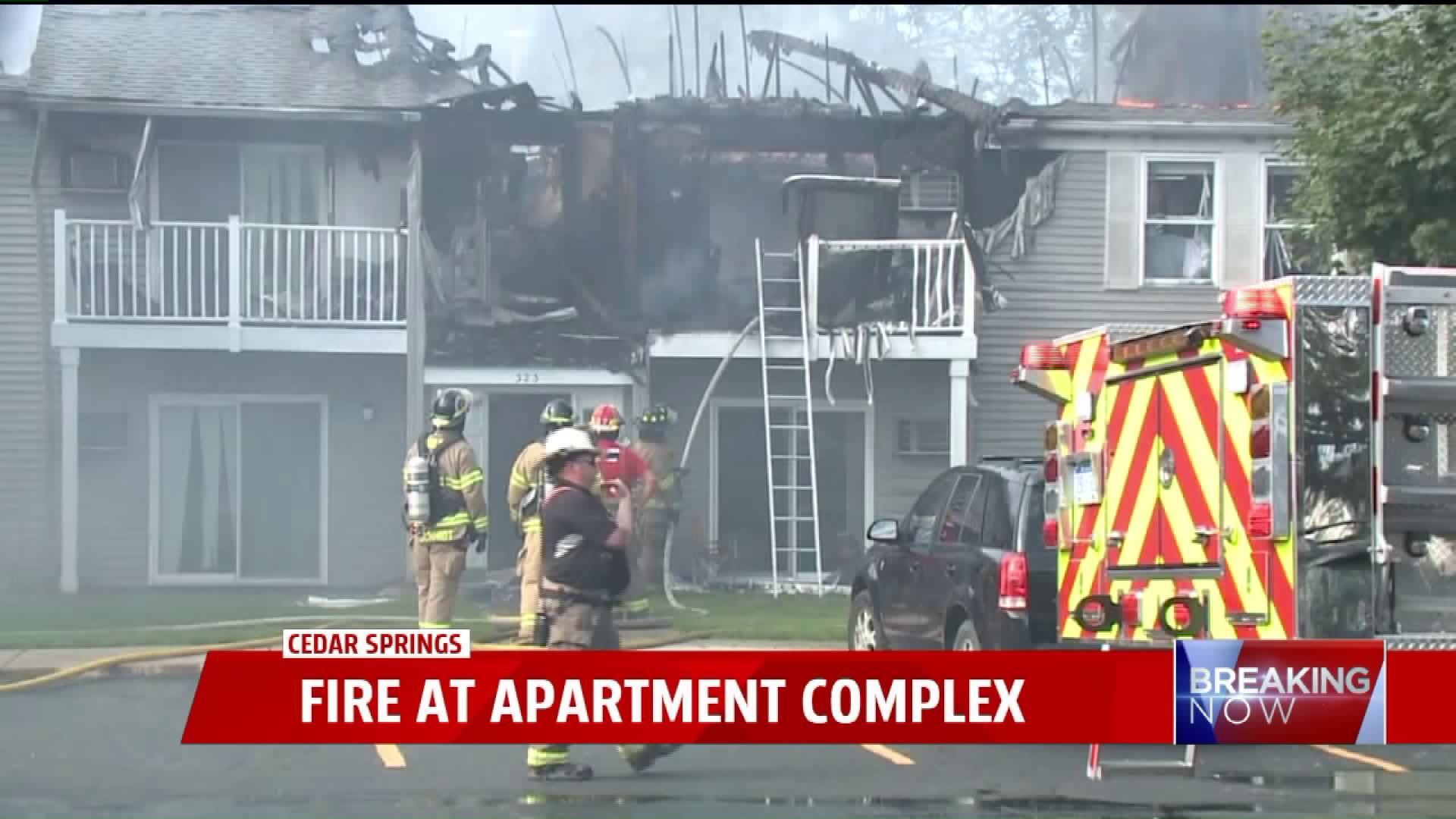 CEDAR SPRINGS, Mich. — It took four fire departments more than an hour Tuesday to knock down a fire at a Cedar Springs apartment complex.

The fire broke out around 4:30 p.m. at Red Flannel Acres in Cedar Springs, located at 311 Oak Ct. As a result, seven families are displaced. One apartment in the 8-unit building was not occupied at the time.

“We were inside, and we heard yelling,” said Courtney Byrd, who lives in a bottom unit.  “I was like, ‘what’s going on?’ I thought someone was fighting at first. Then my daughter looks out the window, and she’s like, ‘It’s a fire.'”

Byrd’s apartment suffered smoke and water damage. The other apartments on the top were destroyed by the flames, deemed a total loss.

“So we were just attacking from the ground,” said Fire Captain David Barnes. “We could not make entrance into the building upon arrival. We tried to some extent but with the roof coming down, we could not do it safely.”

About 30 firefighters were on scene from Cedar Springs, Solon Township, Sand Lake and Sparta. The Sparta Fire Department also brought in an ‘aerial,’ which is a ladder truck with a platform to fight the flames from the top of the building.

Everyone was able to make it out of the building without injuries. One cat was not accounted for at the time of the fire was contained on Tuesday evening.

People who are displaced by the fire can go to City Impact at 288 N Main St. A local church has also opened its doors and the Red Cross is assisting.