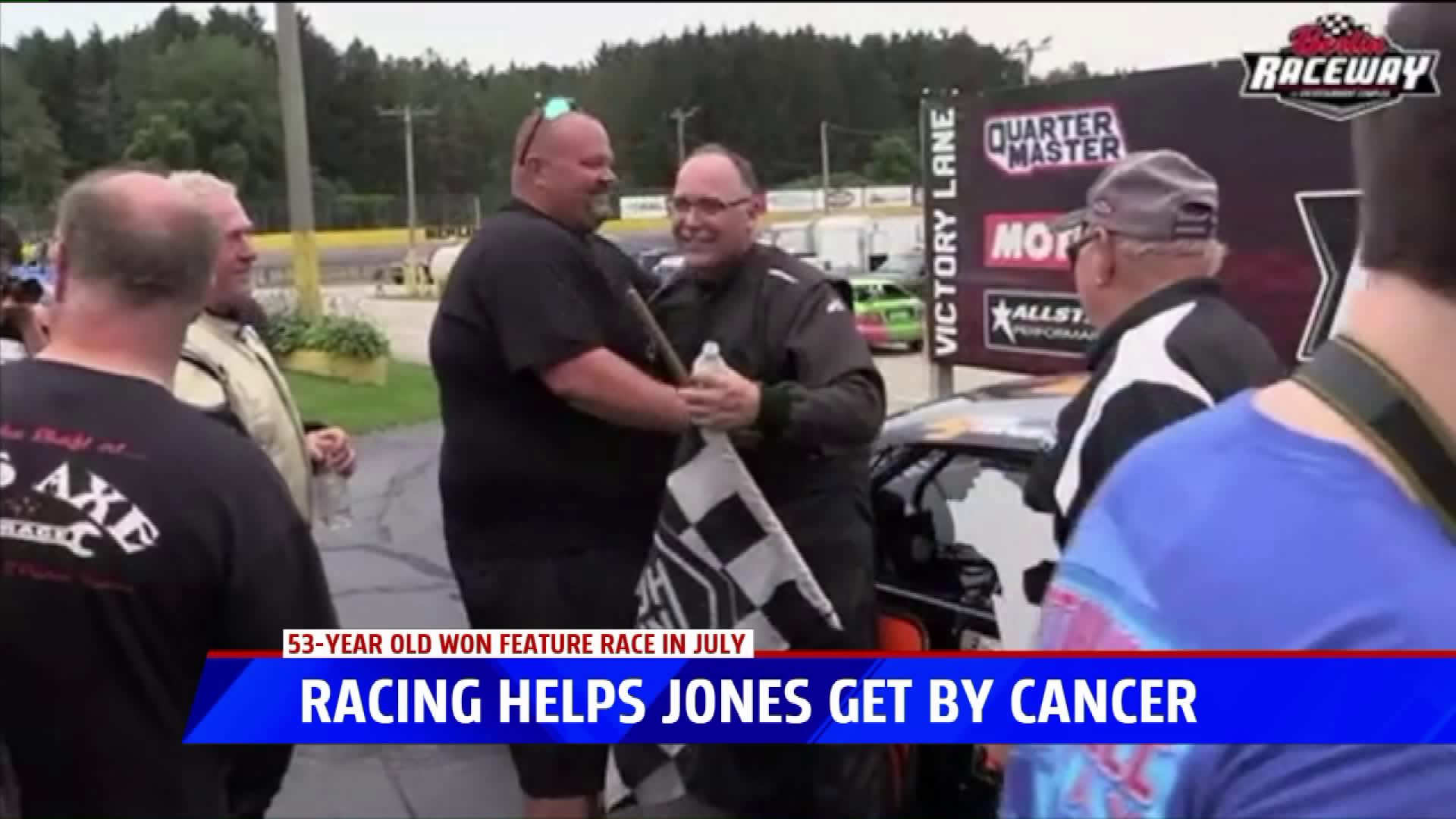 MARNE, Mich -- Joe Jones was diagnosed with colon cancer in 2015.

"I lost my mom almost to the day when I found out, a year prior to that," Jones said.

Jones has been racing since 1990 but after being diagnosed, he had to take the year off and was told by doctors to stay home. He didn't listen.

"It was absolutely horrible," Jones said on staying home, "I had a wound vac on that I had to go to Berlin with a friend and watch, couldn't stay there long and actually wasn't supposed to leave home with the condition that I was in."

Even while battling for his life, that simple trip to the race track just to watch meant a lot to Jones.

"I think it lifted my spirits and made everything better and I couldn't wait for the next year."

Months later, Jones was cancer free and this summer, on July 27th, he notched his first feature win in two decades when he took the checkered flag at Berlin Raceway.

"That meant everything," he smiled, "it's been a long time, I think it's been since 1999. I really didn't think it was going to happen, you do everything for that to happen and it was a day I'll never forget."

Jones has a whole new appreciation for not only life but things he wants to experience and he has a message for anybody listening.

"Keep up with your bucket list," Jones mentioned, "I have some dreams that I don't even share with anyone, my wife, nobody, I hold them inside but I'm getting to them."

One of the biggest things on that to do list can now be crossed off.

"One of them was to win at least one feature race at Berlin," smiled Jones.