After 3 student suicides, Cedar Springs works to prevent another 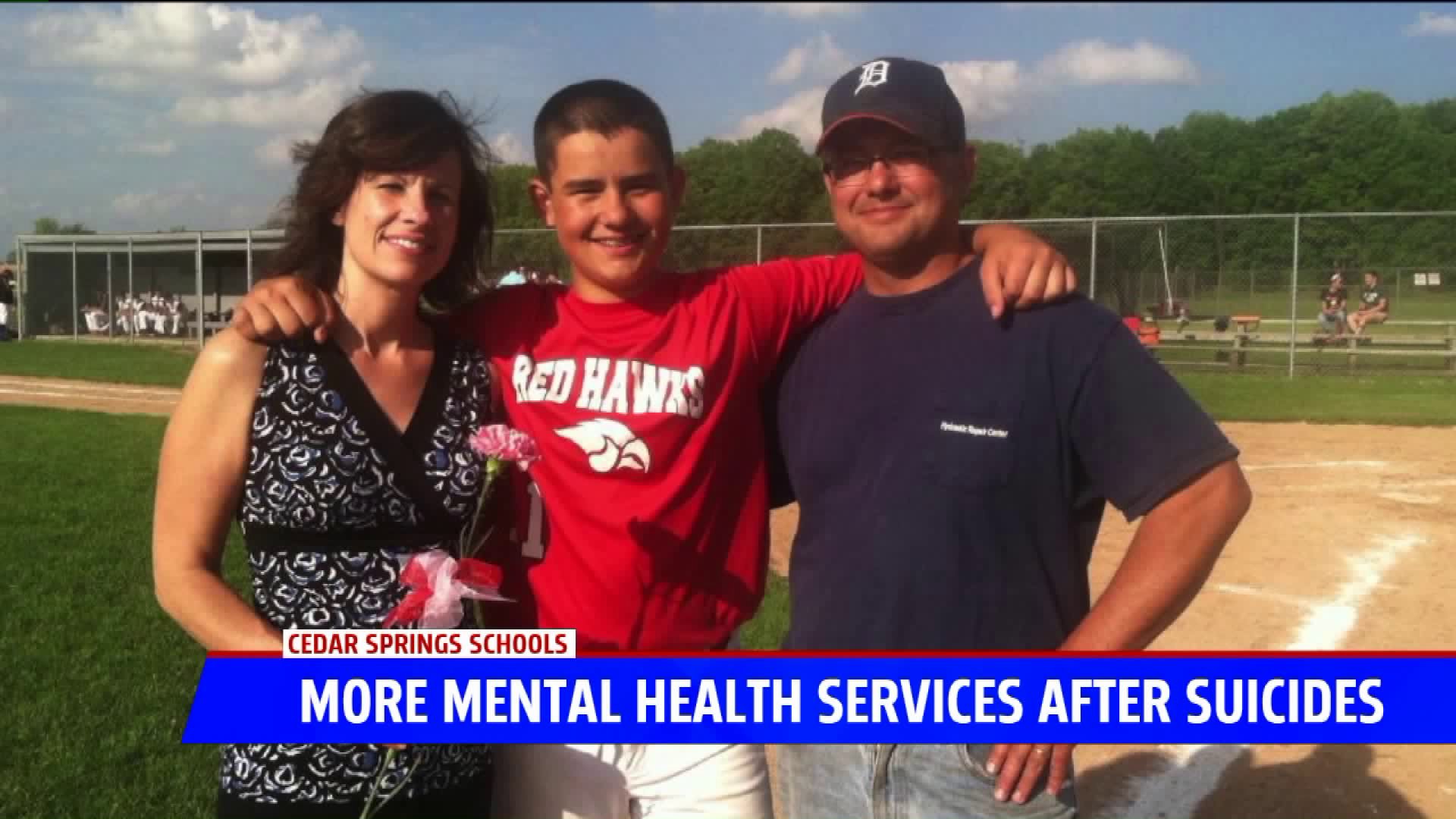 CEDAR SPRINGS, Mich. — Over the course of two school years, three Cedar Springs students died by suicide. Now the school district is working to prevent any other tragedies like this from happening again.

Kelli Kobayashi's son Evan was one of those students. He took his life in 2015.

"He had access to a gun, and he took his life. We didn't have signs, um no. It was very much a complete shock as it is for survivors of suicide," Kobayashi said.

It was the beginning of a shockwave that rippled throughout Cedars Springs after two other students also died by suicide.

"What I've come to know is that it's happening all the time and I think people are getting better at talking about it however I think we still have a long way to go," Kobayashi said.

Since the three deaths, the district has trained teachers on mental health and identifying at-risk students.

But they took it a step further and took $450,000 from the $19 million staffing budget to hire six more mental health professionals, creating a 13-member team.

"When you lose three students in the course of one school year it really causes you to reflect on opportunities you can do better at," says Cedar Springs Superintendent Scott Smith.

While more counselors meant less teachers, Smith says the money was spent where it needed to go.

"It's a matter of prioritizing and in any good organization you always have to ask how it's this resource being utilized to best meet the needs of our students," Smith says.

That's a $1.2 million mental health team, all together.

It's something districts across the country struggle to find: the money. In the 2016-17 school year, the American School Counselor Association shows Michigan schools have the second-worst ratio of students to counselors.

But the proof is in the numbers, since hiring five of the six mental health professionals, they've seen a significant drop in suicidal thoughts among students, along with emergency trips to the hospital.

Now Michigan is tackling the issues with legislation by introducing a bill that requires suicide training among teachers, a feat that Kobayshi says is tremendously important.

The legislation is still in committee and has a long way to go. More information on the bill can be found online.