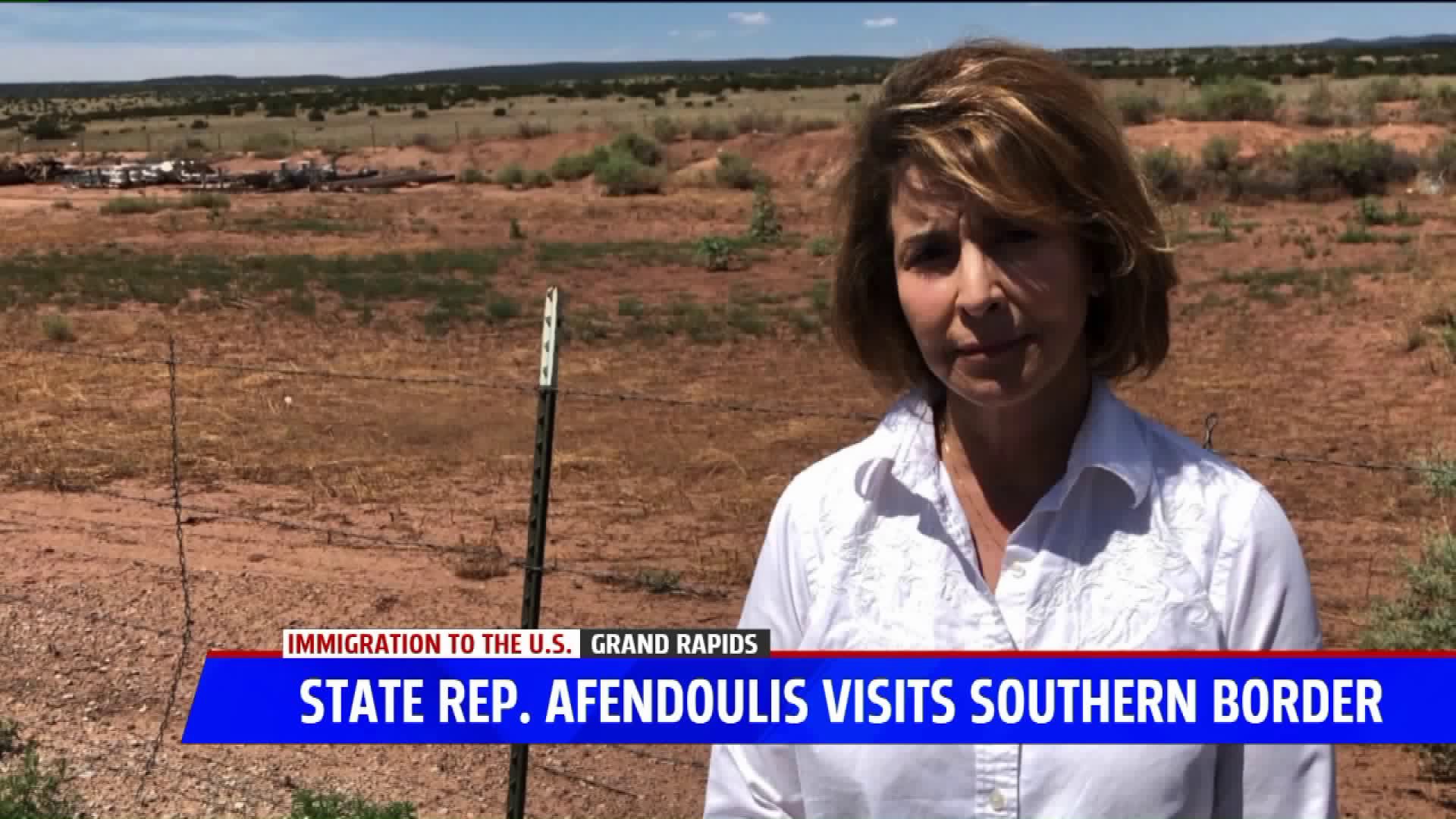 GRAND RAPIDS, Mich. — Less than 12 hours after returning to her home district from a trip to the U.S.-Mexico border, State Rep. Lynn Afendoulis says she's eager to see inside as many Immigration and Customs Enforcement facilities as possible.

The first-term state representative is one of the five Republicans running for Michigan's 3rd congressional district seat, which is currently held by Justin Amash, I-Grand Rapids.

Afendoulis said she decided to make the trip to El Paso and Albuquerque because she was getting a lot of questions about how she would vote on immigration issues if elected to Congress.

“In order for me to feel like I could provide a decent response I thought, 'you know what? Why don’t I just go see it for myself?'” Afendoulis said.

Along with a small group of campaign staff, Afendoulis toured three facilities in El Paso, Otero County and Cibola County. She said she didn't know what to expect and was extremely impressed with the ICE agents.

“I’m telling you, some of the hardest working, most dedicated law enforcement agents I just ever met in my life," Afendoulis said. "These people are really dedicated to what they do to securing the border to treating the people that come over the border with dignity and respect and concern.”

She said the agents are in desperate need of more resources.

“When I asked one of the supervisors of the first center that we visited I said, ‘So what keeps you up at night?’ And I expected some sort of concern about safety and security and he said, ‘Just how are we gonna do what we need to get done with what we have?’” Afendoulis said.

Afendoulis said she learned some of the crossing stations had to be shut down while border patrol agents were assigned to administrative work.

“I just think Congress in general just has to decide what kinds of resources do we need to get down there and let’s just get it to them," Afendoulis said.

When it comes to President Donald Trump's signature campaign promise of building a wall at the southern border and having Mexico pay for it, Afendoulis sides with a more balanced approach to border security.

Though Afendoulis said she only saw ICE agents act with compassion, there have been numerous reports of men being held at the El Paso facility going on hunger strikes over verbal abuse and threats of deportation from guards, according to the Associated Press.

Afendoulis said the rhetoric toward immigrants needs to be toned down and the border crisis needs to be approached with compassion.

“When you see parents taking the kinds of risks that they take with their children, you know they’re not doing it for frivolous reasons," Afendoulis said. “I have a heart for people who are suffering persecution and need to get to a better place but I also have a heart for this country and doing things, I mean we’re a country of laws as well.”

Reflecting on her own family's immigration history has played a large part in understanding the border crisis, Afendoulis said.

“All my grandparents were immigrants ... two came from Greece, two are Greeks who came from Turkey and they had their own difficult stories of coming here and my grandparents from Turkey suffered great persecution," Afendoulis said. “I think about them and I think about their experiences and so I think I have some empathy for what some of these families might be going through but because in a couple of generations, you know, they’re me.”