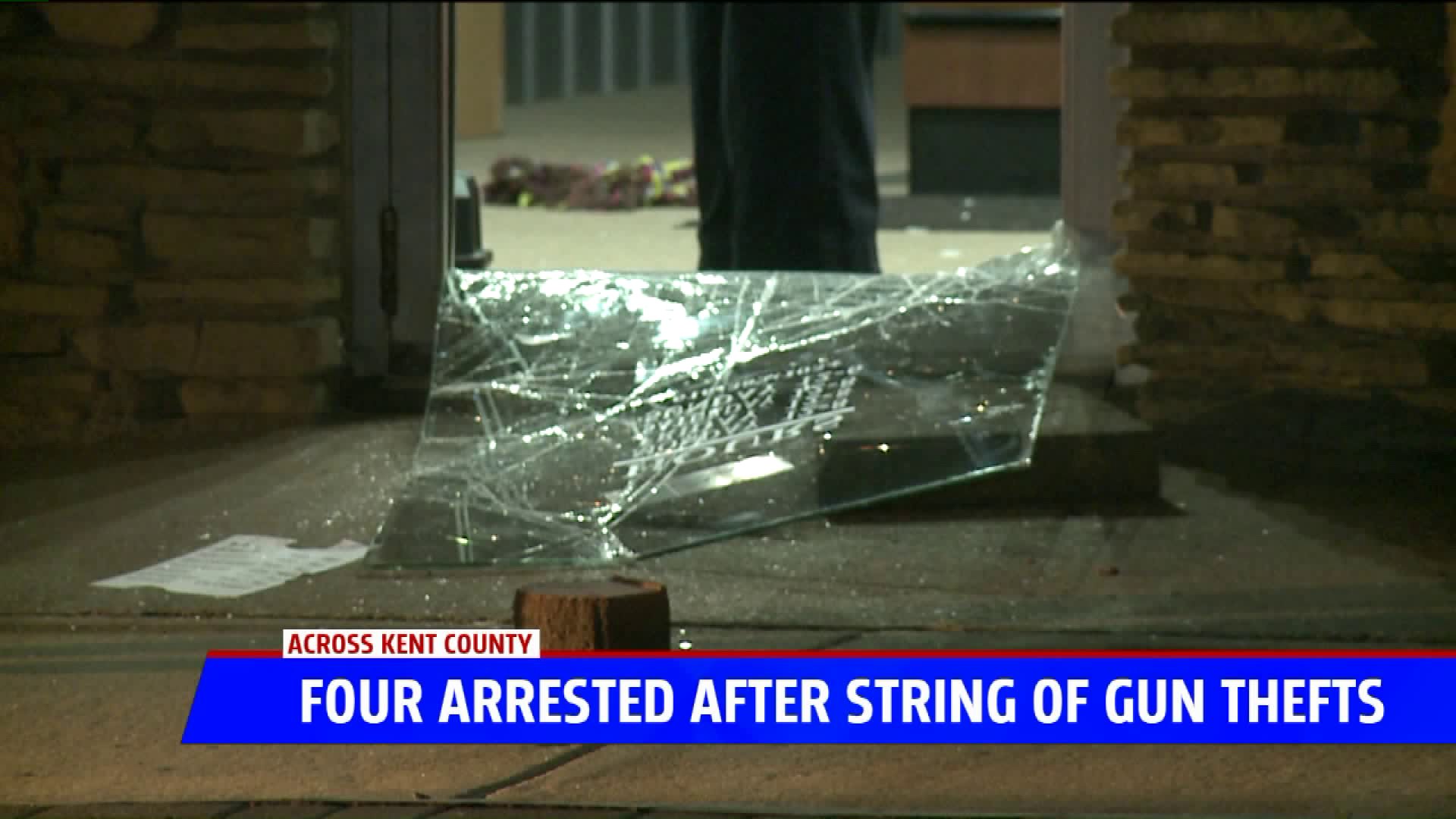 The Kent County Sheriff reports that Wyoming Police responded to a suspicious situation Monday at a home that was under construction. Three males had entered the home and were contacted by police. Police located a backpack which was found to contain nine handguns, which had been stolen from Imperial Gunworx in Sparta on Sunday.

Investigators were able to identify three juvenile males and one adult male as suspects and executed search warrants at two locations in Kent County. They say they found more stolen handguns and rifles from Imperial Gunworx and Armory Valentine Gun Store in Kentwood, which was also broken into on Sunday.

“It wasn’t a casual incident," Kent County Sheriff Michelle LaJoye-Young said. "It’s something they planned to do. They went there to commit the act and they carried out the act and they had a plan of what to do afterward.”

Three of the suspects are being held at the Kent County Juvenile Detention Facility. The fourth is awaiting federal charges with the ATF as an adult. All four suspects are from West Michigan.

“We certainly have a lot of information that the adult was very much part of this and very much in charge of planning some of it," LaJoye-Young said.

Two other gun shops have been broken into in recent days, Barracks 616 in Cascade Township and Long Range Archery and Firearms in Holland Township. Investigators believe that these four suspects are not suspects in the Cascade and Holland thefts.

LaJoye-Young said security is the best way to prevent these crimes.

"It needs to be very, very difficult or near impossible for these suspects to get their hands on the firearms," LaJoye-Young said. "Even if they get into the store and I think the best way to do that is some kind of safe or a safe room that’s fortified beyond what a normal room would be in these stores."