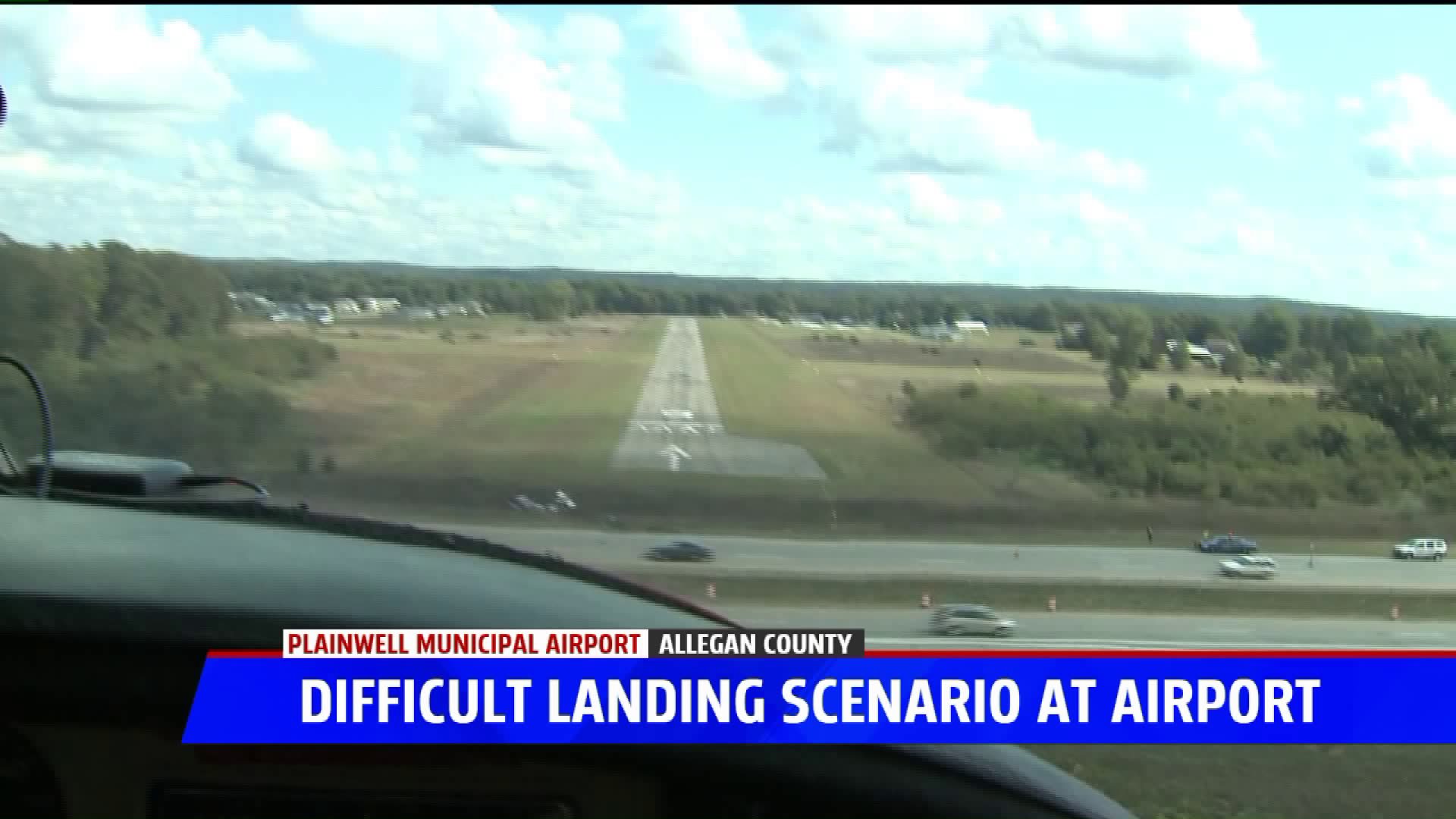 GUN PLAIN TOWNSHIP, Mich. -- For the third straight year a plane has run past the runway at the City of Plainwell's airport and came just feet from traffic .

The most recent incident happened on Sunday.

Plainwell Municipal Airport’s main runway is pretty short, about 2,600 feet and the runway is just feet away from US-131.

On Sunday a small plane ended up in the median near the highway after going through the fence.

The pilot wasn’t injured and the incident is being investigated by the Federal Aviation Administration.

Similar incidents happened in July of last year and May of 2017. In the latter, two people were taken to the hospital with minor injuries.

In 2011, a pilot was killed after clipping a truck while he was attempting to land. Investigators say fog may have been a factor in that case.

"I just worry about the one day that someone is going to come down and go across that highway and hit multiple people," Plainwell resident Dawn Doest said.

Doest says she loves their local airport but wonders if something can be done to prevent a future tragedy.

"I just think it's a lot busier than the city thought it was going to be, I don’t think people realize how many people really come. "I think it would be a little bit better to have it a little longer and designed a little bit differently," Doest explained.

"When you  come to an airport that has 2,600 feet of runway, you have to fly the airplane right," Jeffery Bullis, said.

"Pilot needs to know what they are doing," Bullis added.

Bullis is an experienced pilot, who has a hanger next to the Plainwell airport. While the runway is small, Bullis says don't blame the airport itself for these incidents.

"If the airplane is not flown right and you don’t get down in time, like you should on the runway, then you have a tendency to go further down the runway than you should and when panic sets in  sometimes you end up going through the fence.

"In my opinion there’s nothing wrong with the airport, most of the time when they are going through the fence, in my opinion it's pilot error," Bullis added.

The City of Plainwell owns the airport, FOX 17 spoke with volunteer Airport Manager Virgil Williams who says they pass their annual state inspection and are one of the busiest small airports in the area, so these incidents are just a few out of the thousands of flights coming in and out of there in that time.

He added that even if they wanted to lengthen the runway there's no room for them to move with a major highway and main road on each side. The airport does not receive any federal funding.