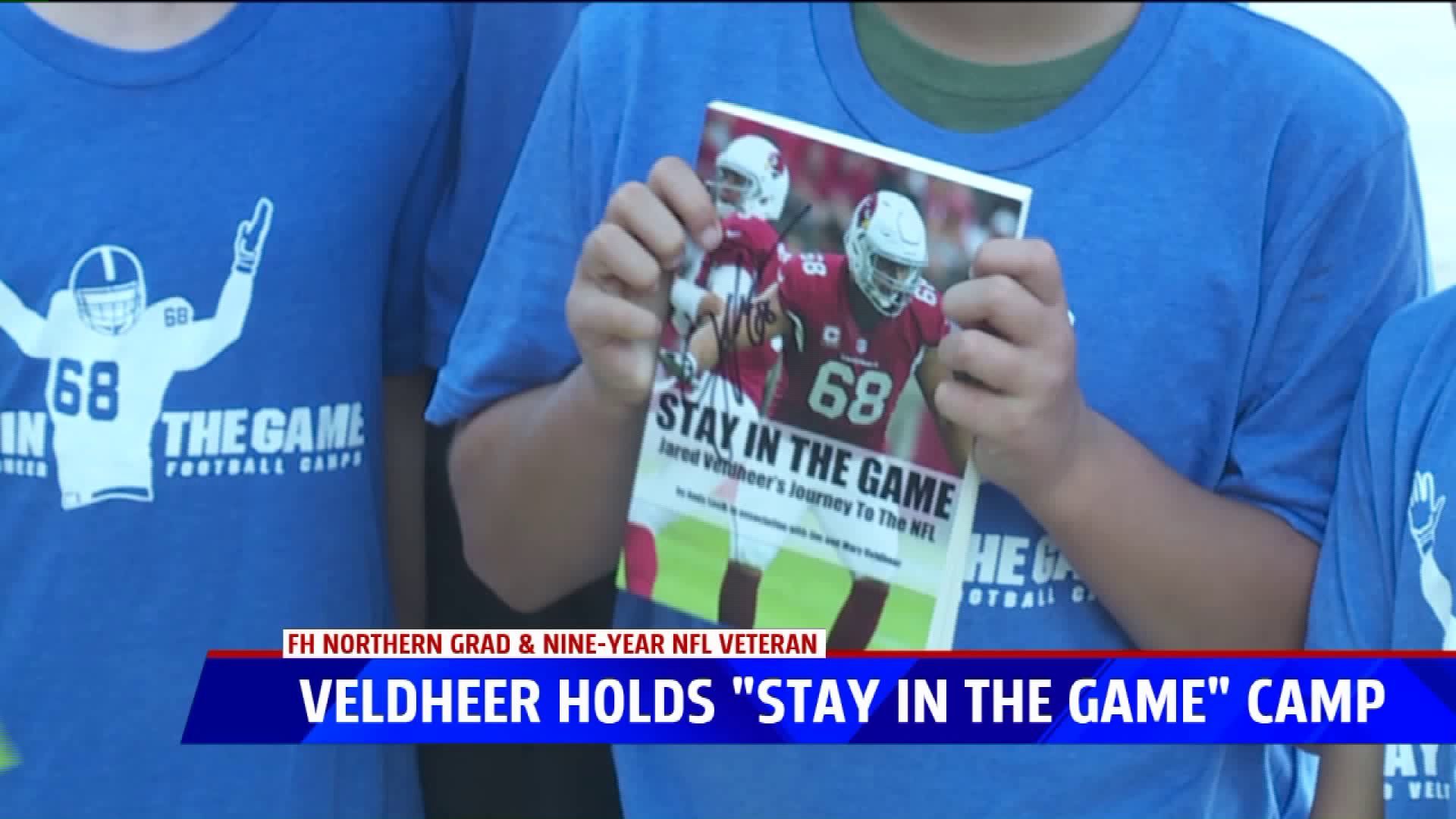 GRAND RAPIDS, Mich. -- Kids from all over West Michigan were at Grand Rapids Christian High School on Wednesday night for Jared Veldheer's Stay in the Game football camp.

"It's fun," Veldheer said. "It's a good way to get the kids out here, learning about football, having fun with football, and just spending a night together in July."

The campers had a chance to not only work on the field with the nine-year NFL veteran but also get pictures and autographs.

"It's pretty cool that he was in the NFL and talk to someone who has been there and ask what it's like to see if we can be there some day," incoming freshman Jason Dorn said.

"I watched a lot of his games, and it was pretty cool that he was actually an NFL player," added first grader Kirk Scharbhorn.

This year's camp is a little bit different for Veldheer, who retired from the NFL in May and now has more time for other priorities.

Now that he's retired, Veldheer is looking ahead to his next move, but he says it probably won't be in football.

"I'm thinking about doing something in the craft beer world, but just stay posted on that one," he laughed.