Chet Lemon relives 1981 trade that sent him to Detroit 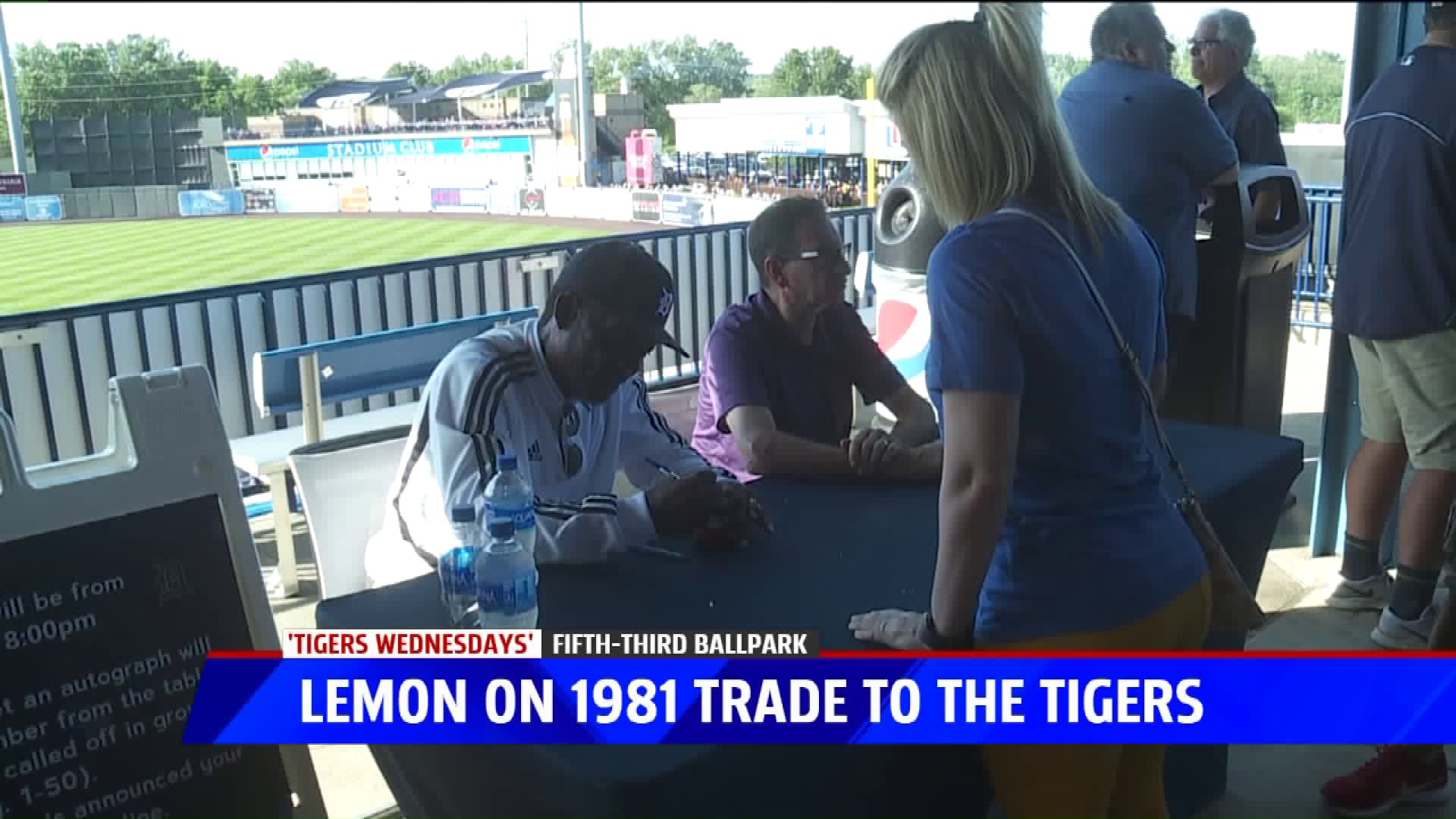 COMSTOCK PARK, Mich. -- In another installment of Tigers Wednesday with the West Michigan Whitecaps, 1984 World Series champion Chet Lemon made a stop at Fifth Third Ballpark.

Lemon is a three-time All-Star who hit .287, 20 home runs and 76 RBI in the 1984 season to help the Tigers jump out to a 35-5 start to the season before winning the World Series. However, without a trade from the Chicago White Sox in 1981, none of it would have been possible.

"I was really happy being traded to Detroit," Lemon smiled. "I knew Sparky [Anderson] was excited. The first call I got from him he said, 'You're exactly what we need,' and that really made me feel good. I didn't want to play anywhere else. Detroit was where I wanted to be. These fans were great. The fans always treated me like this was my home, every time I came into to Detroit and even now."