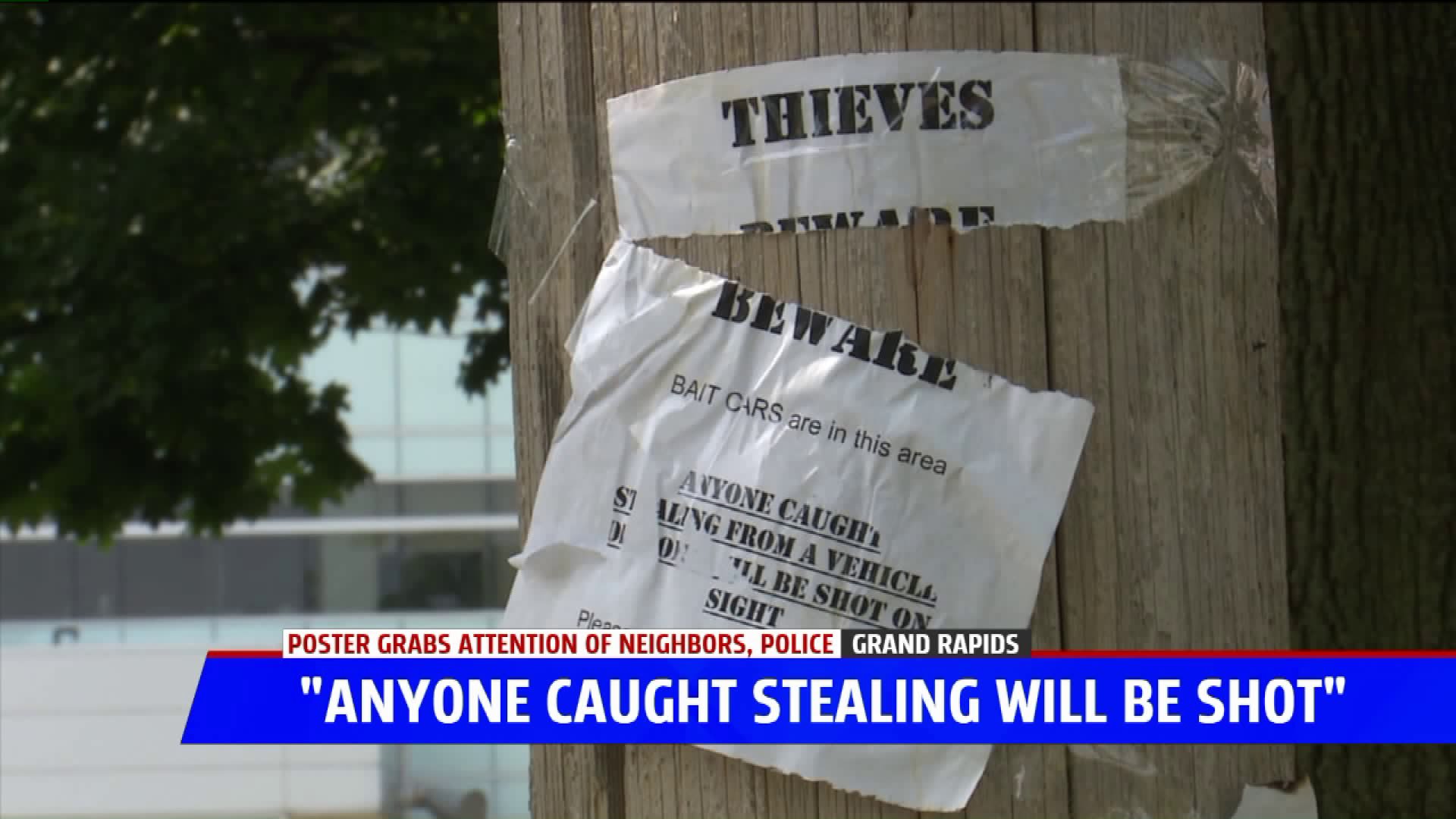 GRAND RAPIDS, Mich. — Police are recommending that people do not resort to making threats to try and stop crime.

Someone has been posting signs in Belknap Park and other areas warning would-be thieves to not try and steal from cars, promising that thieves would be "shot on sight."

FOX 17 found one of the signs up on Livingston Avenue.  Neighbors in the area said they were shocked when they first read what it said.

"We don’t see the necessity to shoot anyone around here you know ... I’ve never had any issue. All my neighbors are really nice," said Vittoria Lange, who lives on Livingston Avenue. "Everyone's friendly. I’ve lived in this area about 10 years now."

The Grand Rapids Police Department says they are looking into the signs. In a statement Tuesday, they said, "Bad joke or not so funny threat? Either way, we do not condone anyone putting up signs of this nature even if your intent is to try to prevent crime."

Richard Seccombe, who lives in the Belknap area, was shocked to learn of the sign's content.  He says, "Protect your property rather than being a vigilante. If something does happen, contact the police."

FOX 17 didn't know who put the signs up or why, as there is no contact info listed on them. That is, until the poster called the FOX 17 newsroom to explain himself.

“First and foremost, there is no threat … I don’t even own a gun," he said. "I went out in the middle of the night and put them up, and I knew the next morning it would get them talking.”

The anonymous poster says he was trying to start a conversation in the community about how to deter crime. He says that he and several others in the Belknap area have noticed a recent surge in property crime.

But police are asking future concerned citizens to take a different approach.  They ask anyone that sees the signs still up in public, to please take them down. The city cites an ordinance that doesn't allow unauthorized signs on poles.