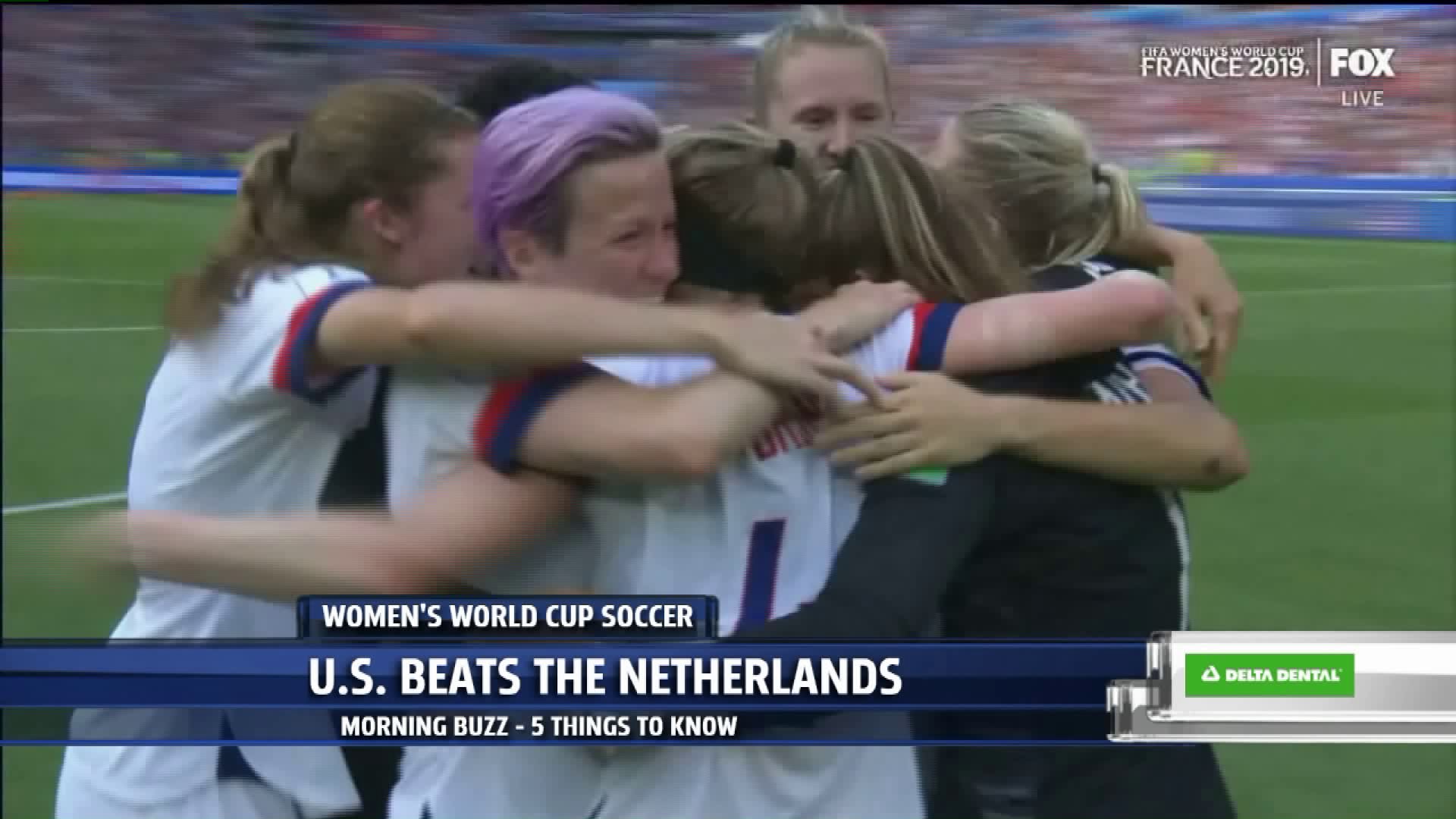 1. Soccer fans across the U.S. are celebrating after the U.S. women's team captured the World Cup.

The team, leaving their mark in France after facing off against the Netherlands. Many fans traveled to the game to show support as the U.S.A took the win 2-0, capping off a perfect run.

Plus back home, even more fans decked out in red, white and blue gathered for a watch party at Rosa Parks Circle in Downtown Grand Rapids.

This is the U.S. Women's Team's second World Cup victory in a row, and fourth overall.

As for who will host the 2023 Women's World Cup, that decision will be announced in March 2020.

2. Southern California is on edge after back-to-back earthquakes.

The larger of those two quakes was a 7.1 on Friday night, which was the biggest the area has seen in two decades.

There have been a number of aftershocks since those earthquakes happened, and even some fires that have popped up. Thankfully, no deaths or serious injuries have been reported.

Residents are now assessing the damage to their communities and shifting their focus toward recovery and clean-up.

3. Back in West Michigan, volunteers spent part of their weekend cleaning the Grand Haven Beach after the 4th of July celebrations left behind quite a mess.

Park rangers have been busy picking up trash and putting things back in order, but visitors and people camping nearby are doing their part too.

One woman says she's shocked at the amount of plastic and full water bottles left behind.

4. Ever get accused of loving your dog more than your partner? A recent study found that 52 percent of people admitted to kissing their dog more than their partner.

The same number of people also preferred to sleep in bed with their dog, over their partner.

94 percent of pet parents said they consider their dog to be one of their best friends.

5. Spam-a-Rama is exactly what it sounds like, a festival all about Spam!

It became a fixture in Austin, Texas after the inaugural event in 1978.

Two friends started it as a joke, saying there were too many chili cook-offs. The festival too a break in the middle of the "oughts" and this year's Spam-a-Rama is the first in 12 years.

The festival is not only about preparing spam in different ways, but the event also includes sports, appropriately called Spam-Olympics.