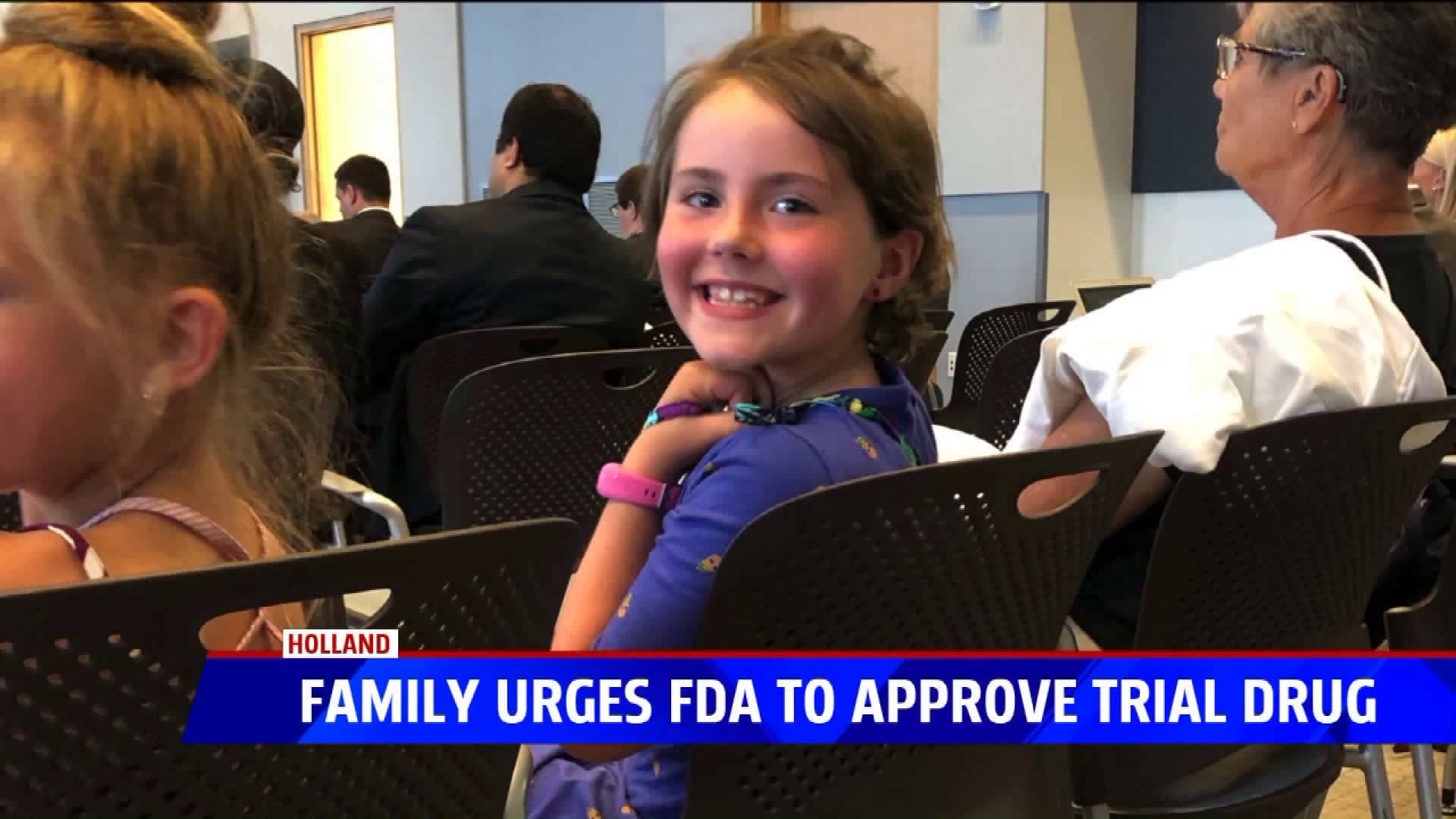 HOLLAND, Mich. — A 7-year-old living with cancer is spending this summer in the pool after spending most of last summer in the hospital receiving radiation and chemotherapy

Emerson Hoogendoorn and her family credit a medication she is receiving via a clinical trial with shrinking the tumor in her brain.

“Last summer she had staples in her head from surgery and she lost some of her hair. And its all coming back in curly now where it fell out. She’s a whole new girl now," her mother Ami Hoogendoorn said.

This whole journey began last year on Emerson's last day of Kindergarten. She told her parents that she was feeling dizzy and seeing double.

“The double vision was an immediate sign for her doctor that she needed to go to the emergency room,” her mother says.

They discovered a tumor in Emerson's brain and begun the process of treatment.  After an initial round of radiation and oral chemotherapy, her doctor suggested another possibility. They wanted to try and get her into a clinical trial.

Eventually, they were able to secure a place on the trial for Emerson. She began taking a drug by the name of ONC-201.  Every Wednesday she has to take three pills. That is it.

Since she began taking this new medication, her tumor has shrunk significantly.

"On the first couple scans, it had increased in size and it got up to about, they used 125 percent in size, is how they described it. And in her most recent scan in May, it is down to only 23 percent of size," her mother Ami says.

Amazingly, the 7-year-old experiences virtually no negative side effects from the medication.  Her hair has all regrown, she is full of energy and she seems to be almost always in a cheerful mood.

A few weeks ago, the makes of ONC-201 invited Emerson and her mom to come speak in front of the Food and Drug Adminstration in regards to their approval of the drug for the general public.

Ami and Emerson Speaking in Front of the FDA

“Many children with cancer have to stay in the hospital for days or weeks to receive treatment. ONC-201 allows Emerson to live a fully normal life outside the hospital,” her mother said to the people gathered.

Emerson will be able to continue to get the medication after her clinical trial wraps up.  The family hopes that soon everyone who needs it will have access to the medication they do.

"We definitely have a very uncertain future but its a hopeful future again which is whats important," Ami Hoogendorn said.