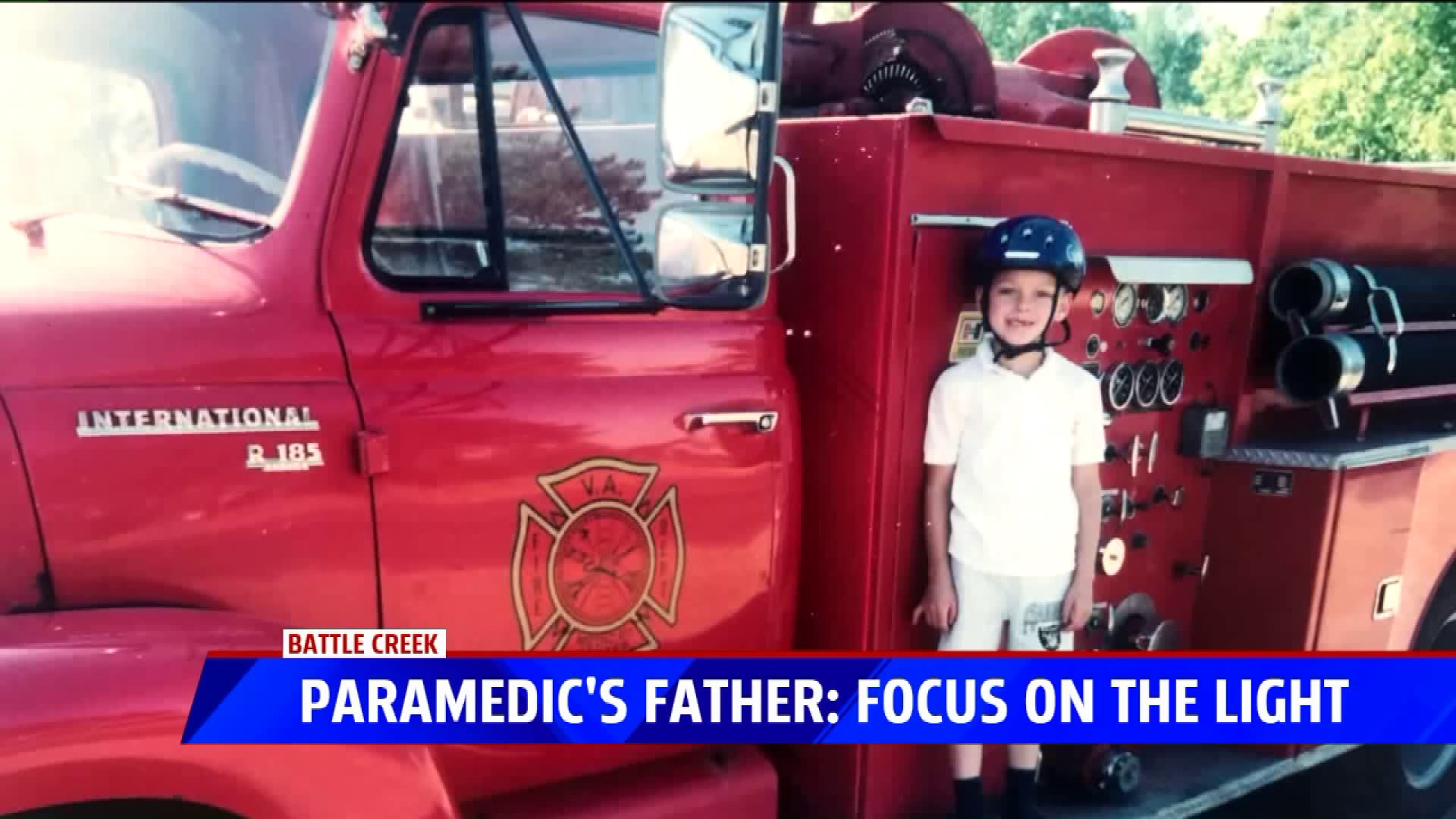 BATTLE CREEK, Mich. — When Doug Lindsey was preparing for his son’s memorial service, he gathered  dozens of photographs of him but he didn't know what to do with them. He had pictures of Kyle as an infant and toddler, one of him standing in front of a fire truck as a kid and another of Kyle smiling with his very first paramedic set.

“I think it started around 6 or 7 years old and he just developed a passion for paramedics and EMT and later became a firefighter,” Doug said during an interview with FOX 17. “It’s just been an amazing journey to see him prosper in life and serve other people so well.”

Lindsey said Kyle grew up to be a first responder and saved many people’s lives. Since his death on June 5th, he’s been hearing hundreds of stories from people about Kyle’s kindness and compassion, including one about a mother who said Kyle saved her life five times.

“She spoke so well of Kyle and just his passion,” Lindsey said. “I love the part of the story where she said to Kyle ‘hey Kyle do you remember me, you saved me before.’ And he looked at her and he said ‘let’s see if I can do it again.’”

Lindsey said Kyle took his own life. They'd just spent time together a few days before. Lindsey was in Illinois on a business trip when Kyle’s sister called to tell him the news.

“I’ll be honest, I struggled pretty hard for about a week after the passing of Kyle,” Lindsey said. “But I’ve received a lot of good wisdom from a lot of friends.”

Lindsey said many of his friends have been rallying around him over the last few weeks, praying for him and his family and bringing them baked goods.

And when a neighbor saw the stack of photos that he had of Kyle, she volunteered to put them on memory boards for Saturday’s memorial service at First Wesleyan Church on Helmer Road.

Lindsey was grateful, he said. It’s been helping him cope.

“One thing that I was told that really helps me is look at the light of Kyle’s life,” Lindsey said. “Don’t focus on the darkness. But just remember all the light of his life. And with him being a paramedic that’s easy to do.”

***NOTE: A memorial fund has been set up in Kyle's honor. If you would like to make a donation, click here.***