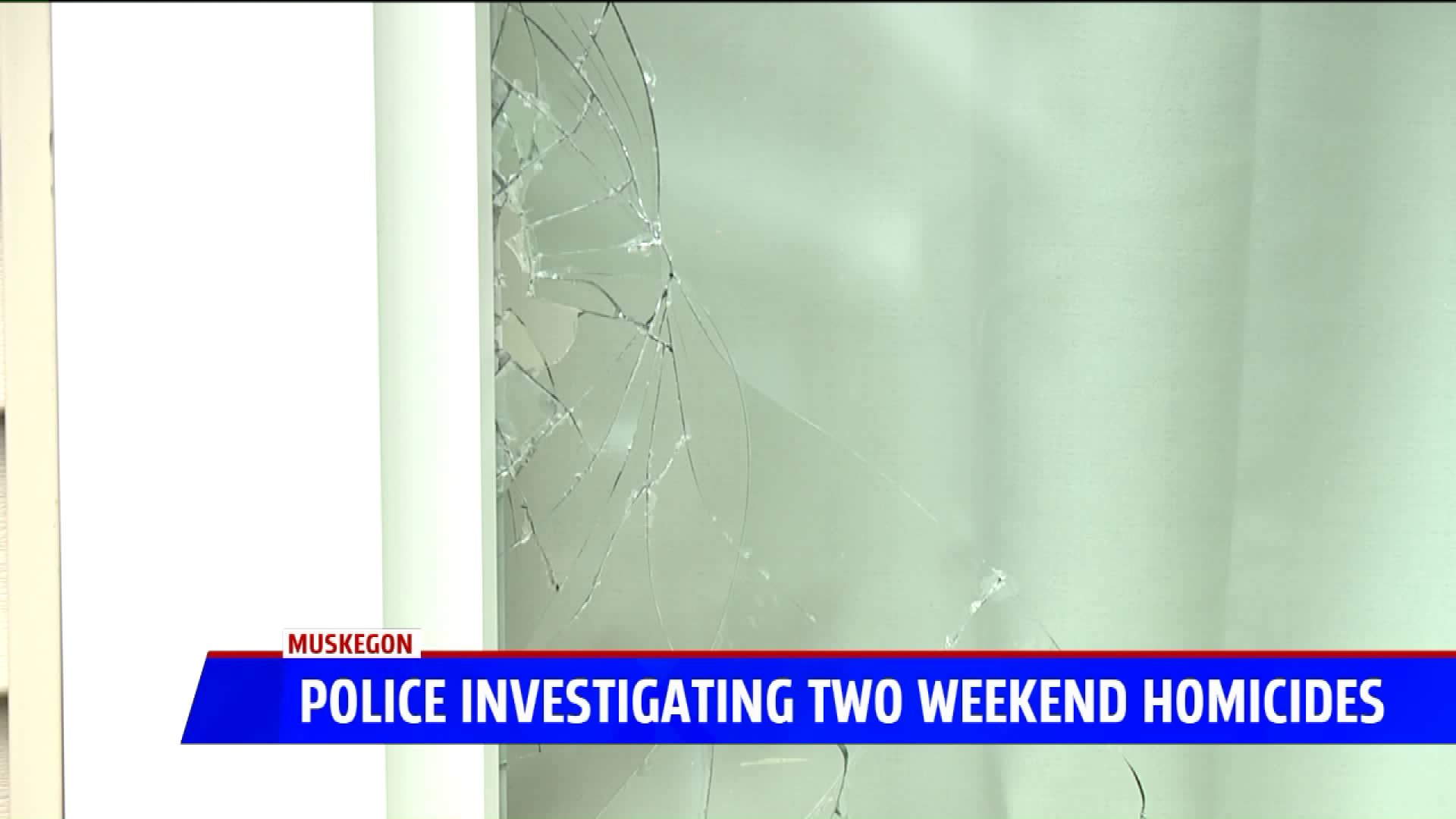 MUSKEGON, Mich. — Muskegon police are investigating two homicides from over the weekend.

The first happened early Sunday at a home on Superior Street near Laketon Avenue. A man in his 60s was killed after someone driving by shot into his home in what police say was a targeted attack.

A few hours later, another man was found with stab wounds inside his apartment about a mile away.

The killings aren’t believed to be connected, but people who live nearby say they’re wondering when the violence will stop.

"It makes me scared because I have two daughters," said Jasmine Razo, who lives next door to the man killed in the drive-by shooting. “People just come shooting out of nowhere so now I'm scared for my daughters to be out here like playing enjoying the weather.”

Razo said she didn’t realize how close the gunshots were to her home.

"I heard some gunshots over there down the alley, but I didn't know it was like here because I was in my living room, but I saw fire lighting up," she said.

Some apartment residents said his mother was the one who called police after he wasn’t returning her phone calls.

Though details on the incident are still coming together, Stovall’s neighbors said his death is shocking.

“He was a family man, he was very close to his mother, he was loyal, he was honest, and he was a good citizen,” said Tania McConnell-Martin, who lives at the apartment complex.