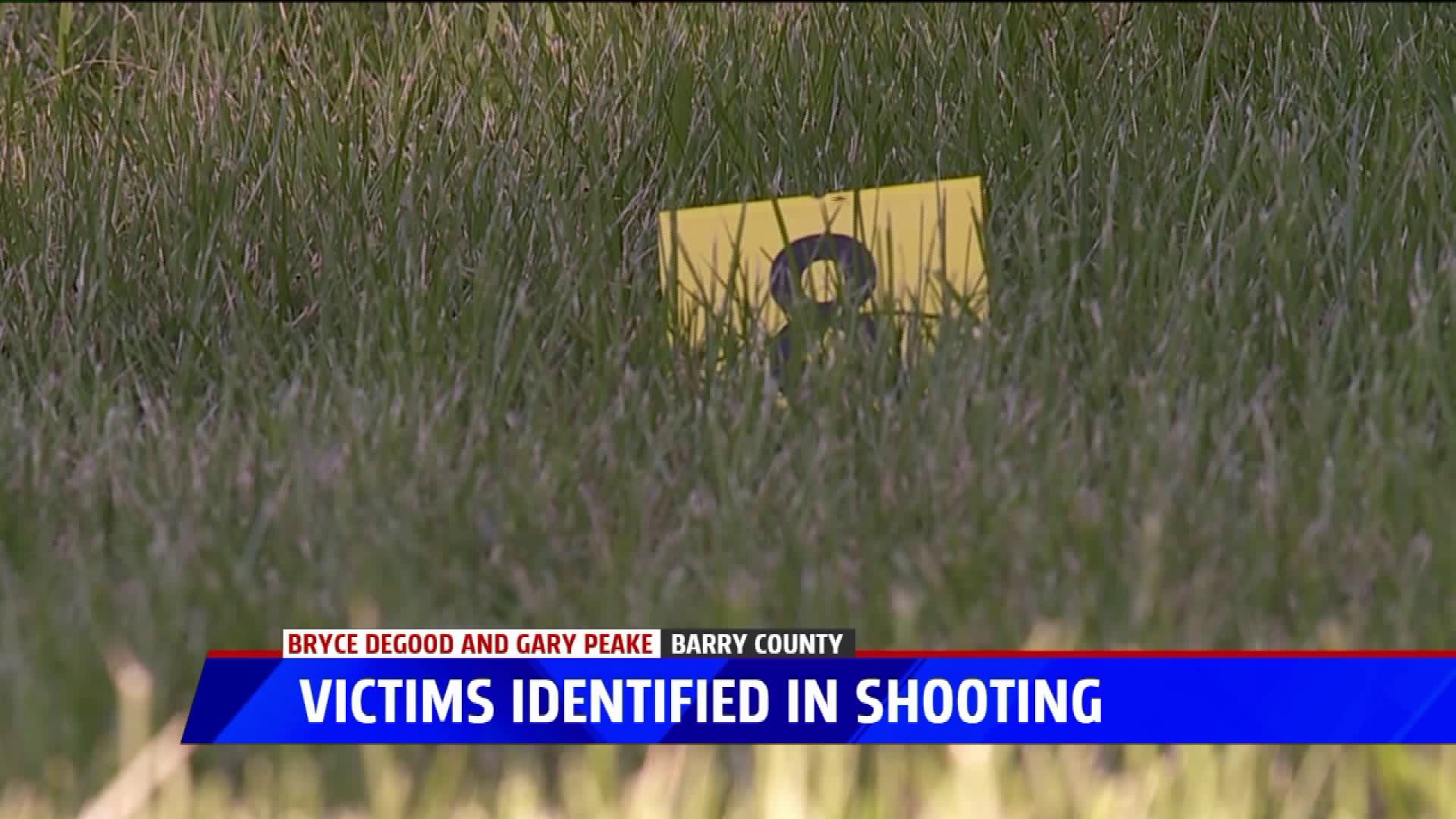 The suspected shooter in both deaths, taken into custody last night.

Police have not identified the man in custody, but Saturday night FOX 17 spoke with a woman in Orangeville township  who says her husband, Jon Burnett, is the alleged shooter.

Online records show the 63 year-old is being held in Barry County jail on felony homicide charges.

"This is going to be a long investigation. It’s spread out about a quarter mile, and we’ve got state [police] helping us out here," Barry County Sheriff Dar Leaf, said.

On Friday afternoon the body of Bryce DeGood was found lying near the intersection of Lewis and Lindsey roads in Orangeville township.

In a nearby home, police found the body of Gary Peake.

"It's very tragic and right now we are trying to find the families, and that's even harder to break the news to them," Leaf said on Friday.

Barry County Sheriff Dar Leaf says the suspect also threatened several other people with a gun near the area where the victims were found.

On Saturday, FOX 17 spoke with a woman who identified herself as Jon Burnett's wife.

She did not want to appear on camera, but said she is in complete shock and that this was completely uncharacteristic of the man she's been married to for more than 30 years.

She said Jon had a history of head injuries and she worries that’s what caused the alleged violent outburst.

She added that she didn’t know Bryce DeGood, but they were neighbors with Gary Peake, a man who they both considered a friend.

Burnett has not been formally charged, he is expected in court early next week.

The sheriff says they are still looking into a potential motive.