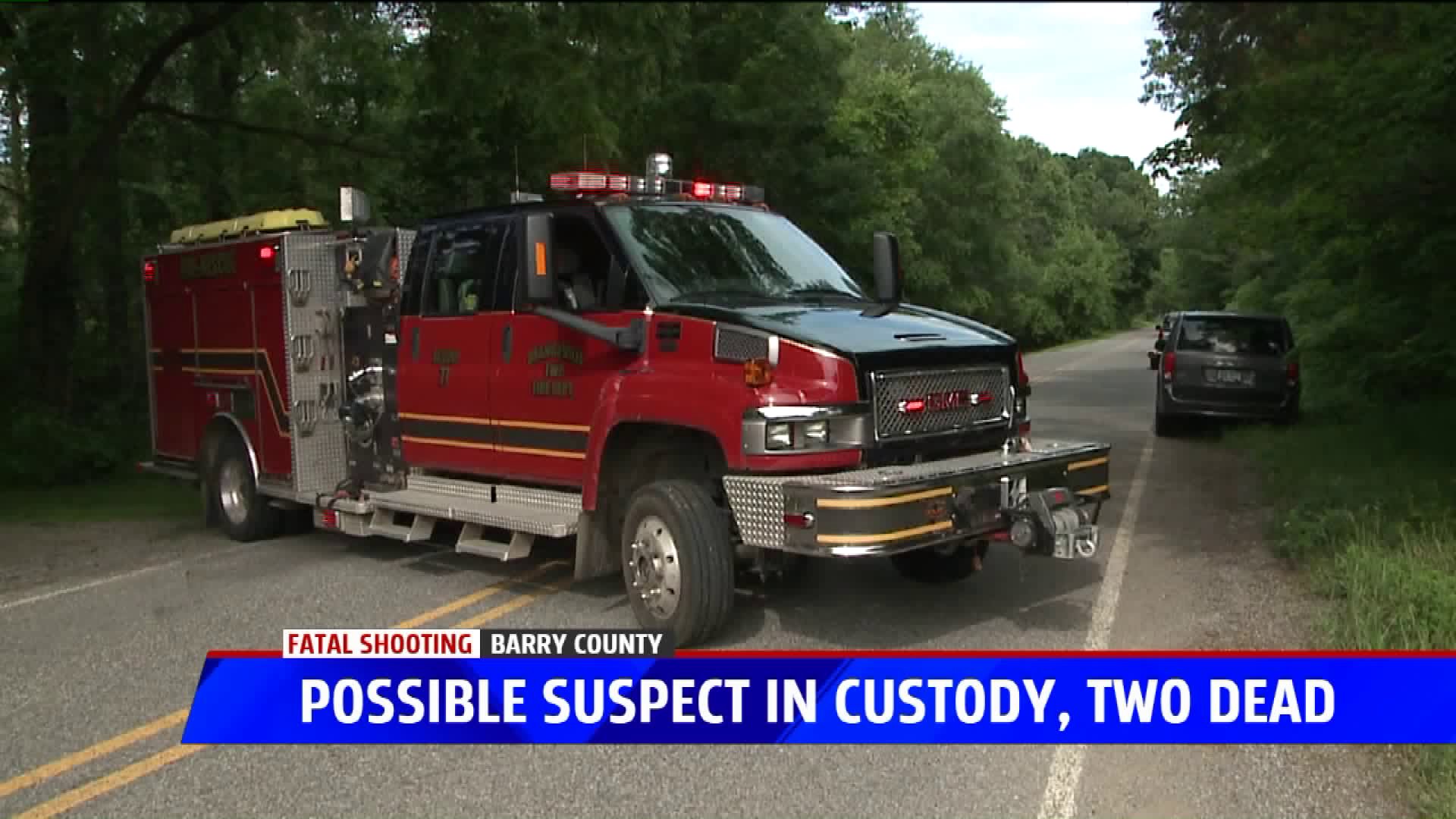 "On Friday, June 21, 2019,  at 3:12 pm, deputies responded to a report of a male with a gunshot wound lying in the roadway.  That person died at the scene and is identified as 21 year old Bryce N DeGood from Haslett, Michigan.  After further investigation, a deceased male, identified as 73 year old Gary L Peake, from Plainwell, Michigan, was located at a nearby residence, deceased from a gunshot wound.

During the above investigation, police were notified of several individuals who reported they were threatened by a male subject with a gun in the vicinity of the shootings.

A subject has been taken into custody for the offenses and a name will be released after arraignment."

Sheriff Leaf says one person was killed in a home, another along a roadway. "They're both males."

It happened sometime before 4 p.m. near Lindsey Road and Lewis Road. The location is a few miles south of Gun Lake.

No identities had been released, as of early evening, as police worked to notify family.

The sheriff says a car also may have been shot at. He says investigators are trying to learn how the people involved may be connected, if at all. There was no preliminary indication about motive. Police say one of the victims was a Barry County resident.

Says Leaf, "This is going to be a long investigation. One, it's spread out to about quarter-mile, maybe less than a quarter-mile. And we've got State (Michigan State Police) out, I've got my investigating team out here. I've got detectives back at the office working on search warrants."

Specifics about how it happened weren't immediately available, as crime-scene investigators remained on the scene late Friday afternoon.

Barry County Central Dispatch asked people to "avoid the area of Lindsey Road, between Enzian Road and Boulter Road - as it is closed for investigative purposes...".

Sheriff Leaf says drones were in the air mapping out the area.