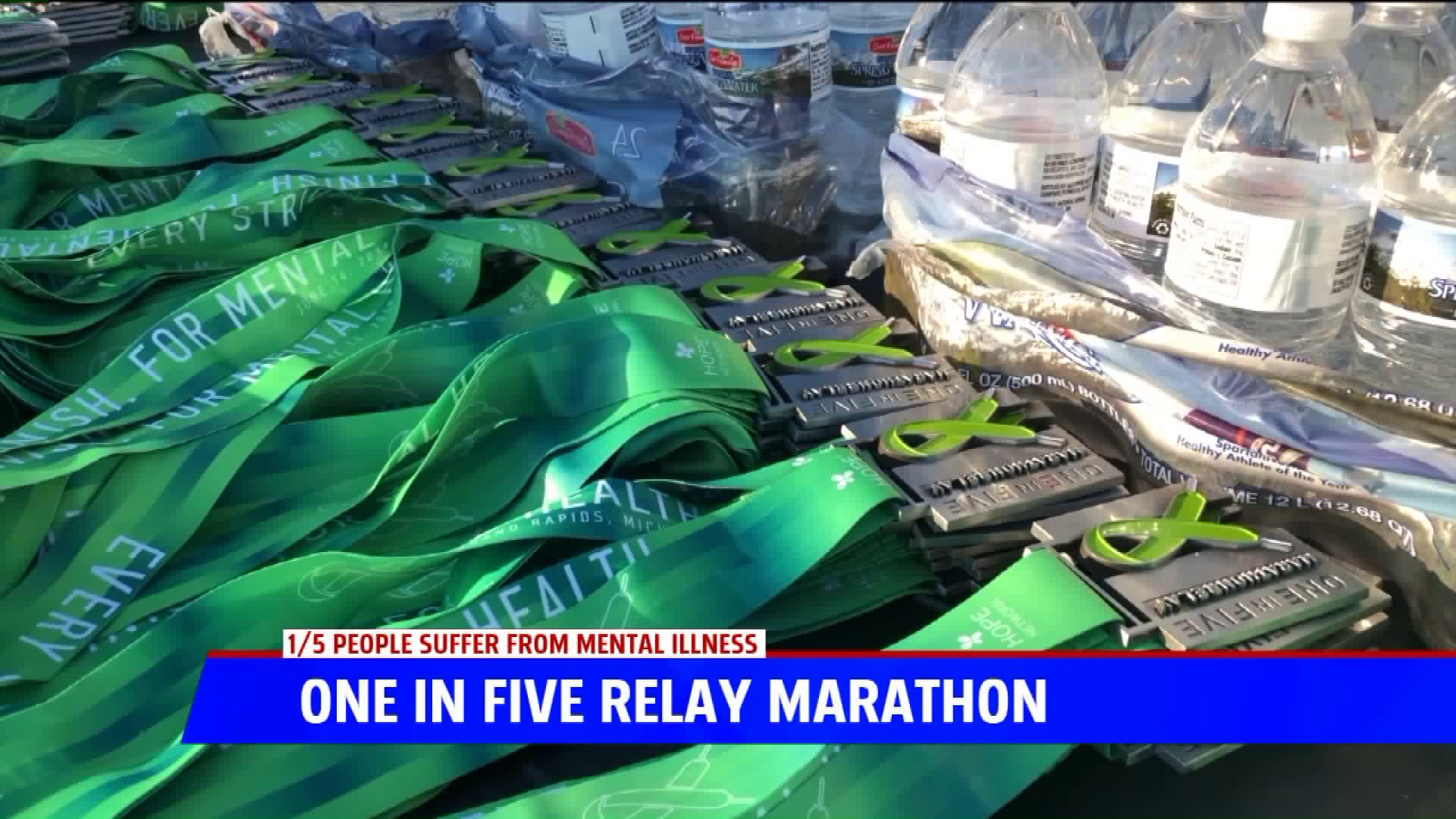 Over 170 relay teams of five participated in the event on at Millennium Park in Walker.

In each team, four runners ran five miles. The fifth and final runner took on 6.2 miles, to represent the 1 in 5 people who struggle with mental health in the United States.

Of the four years the event has been going on, 2019 has been the largest yet.

"Every year we've grown, and every year people come out to run to support mental health," said Phil Weaver, president and CEO of Hope Network. "We make an impact in the community, that's what we try to do."

Many of the runners also have a personal connection to mental illness is some form.

Cpt. Stephanie Morningstar with the Kentwood Police Department has participated multiple years. This year, Morningstar was an ambassador.

"A lot of police officers and first responders struggle with mental illnesses. Right now, there are more officers that have died by suicide this year than line of duty deaths," said Morningstar. "It's just something that everybody needs."