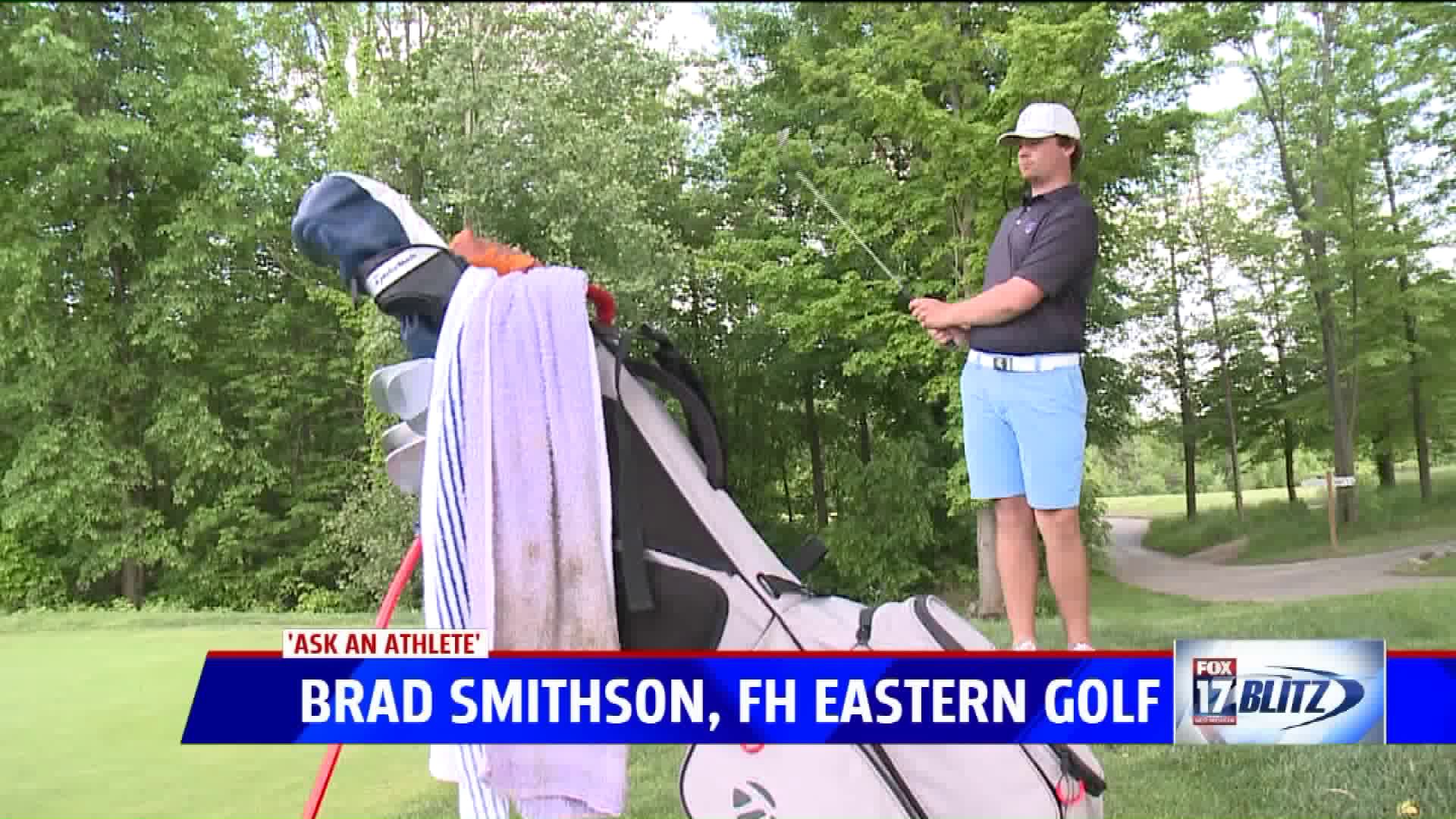 ADA, Mich. -- Forest Hills Eastern senior Brad Smithson is heading to the state finals this weekend with a lot of confidence after shooting a 6-under-par 66 last week in regionals at the Gaylord Golf Club.

"It was very good," Smithson, who will play at Michigan State next year, said.  "I mean, not knowing the course that well, (I) went out and played a practice round, had a good feel, mapped out the golf course pretty well, and actually got it done. So it was good."

The 66 was his lowest round in competition. Now he will play on his future home course, Forest Akers West in East Lansing, on Friday and Saturday in the Division II state finals, "Hopefully to win both (team and individual titles)," Smithson said about his expectations. "It's going to tough, both of them. There is a lot of good players that are going to be there, but hopefully, we can get it done."

Rival Forest Hills Northern is the top-ranked team and considered by many to be the favorite, but Smithson's Hawks, Byron Center, East Grand Rapids, and Wayland are all strong contenders as well.