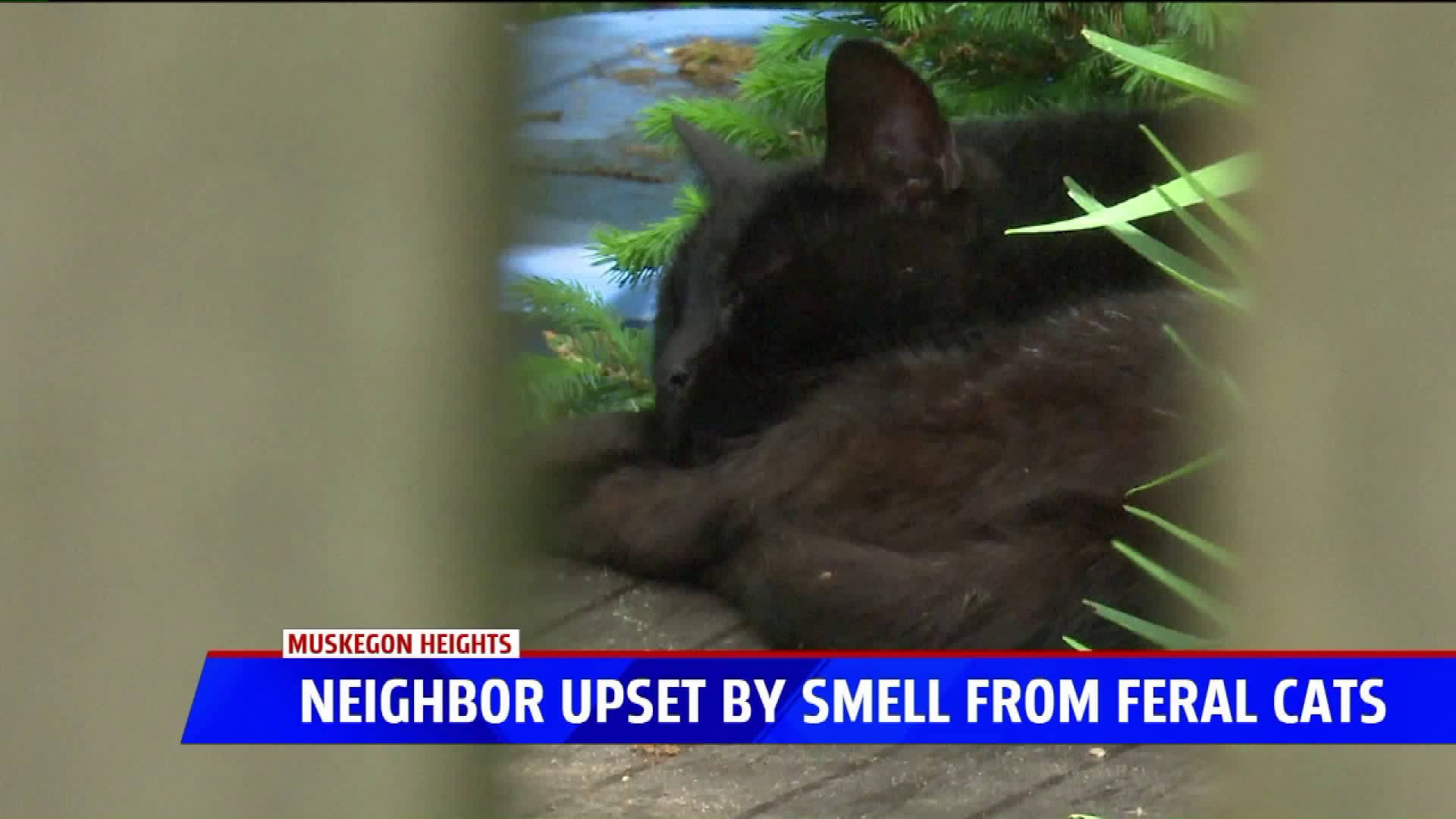 MUSKEGON HEIGHTS, Mich. — A Muskegon Heights woman says the smell coming from her neighbor's home has been a nuisance to her for years and she wants the city to do something about it.

"The cats come over from this house here. She got a routine time she feeds them, they come through, go over there and feeds them and she has two or three of her own cats," says Keys of her neighbor, who she says feeds feral cats in the neighborhood.

Keys says those cats use the lawn as a litter box, leaving behind a terrible odor.

"It is so loud and so awful that it gets in my clothes. Sometimes it smells like a dead animal," Keys says.

She says she's spoken to her neighbor many times about feeding the feral cats and the mess that is left behind, but it didn't help.

The sight and smell have not gone unnoticed throughout the neighborhood.

"It's a lot of cats, street cats, how you say alley cats but it's a bad smell. Ya know, we try to keep it up together as with the community," says Corey Shields, who's lived on the same street as Keys for three years.

Keys says she filed a nuisance report with the city two years ago, but nothing was resolved. So, she filed another this past January.

"Nothing, no more than sending the letters out and come out and talk to her. They haven't done anything else with that," Keys says.

Interim City Manager Lori Doody says there isn’t an ordinance about the number of cats a person can have, and animal control doesn't collect cats.

However, there is a health sanitation ordinance that says, "animals kept or allowed within a dwelling shall not be permitted to create any unsafe, odorous, or unsanitary conditions."

"I don't know where else to turn I pay taxes here. I'm buying my home. I'm a single parent I mean I shouldn't have to go through this here," Keys said.

Doody says she spoke with the city inspector about visiting Key’s neighbor again, and they agreed to send her another nuisance letter.

Keys says that’s not enough and hopes the city will take further action.