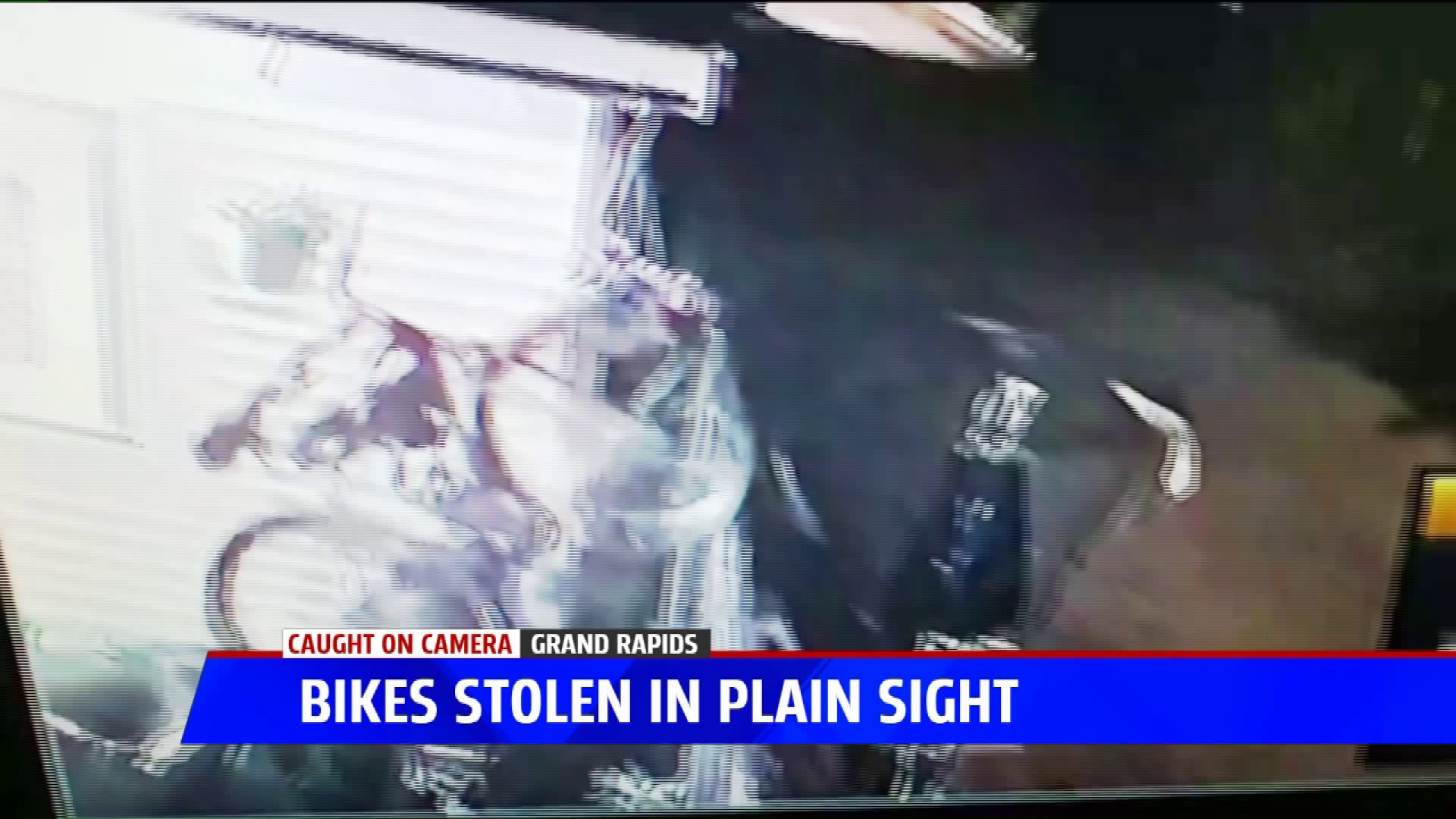 Reports of stolen bicycles have been popping up around West Michigan.

The problem pops up like clockwork every summer. You’d think with how common home security cameras have become, it might deter some would-be thieves.

But in the past week alone, two of our viewers in different parts of Grand Rapids have captured video of people stealing bikes from their homes.

Videos like this are becoming more common. One viewer posted doorbell cam footage on our FOX 17 Facebook. It shows what appears to be two teens running up the front step, taking bikes off the porch, and riding away. After posting the video, the viewer says the stolen bike was returned.

"It's more of a safety thing, just to see what’s going on on your property," Grand Rapids resident Jose Beals, said of security cameras.

Jose Beals has a similar story. Two of his kids' bikes were taken last weekend. "I woke up Saturday morning and went out to do some things in the backyard and noticed two of our bikes were gone," Beals explained.

That's when he checked his security cameras.

"They peddled off a few minutes later," Beals added. "We saw them come back (and) did the same thing, got the second bike."

Beals is thankful for his cameras and says more people should invest in them.

"I think its important that people follow through with that sort of thing," Beals, said. "You’re dealing with juveniles and things like that, but if there is no repercussions, there’s no reason for them to change their behavior. So I think as a community we need to watch each other's backs and take action."

Beals says he has filed a police report, hoping whoever took the bikes would have a change of heart and just brings them back