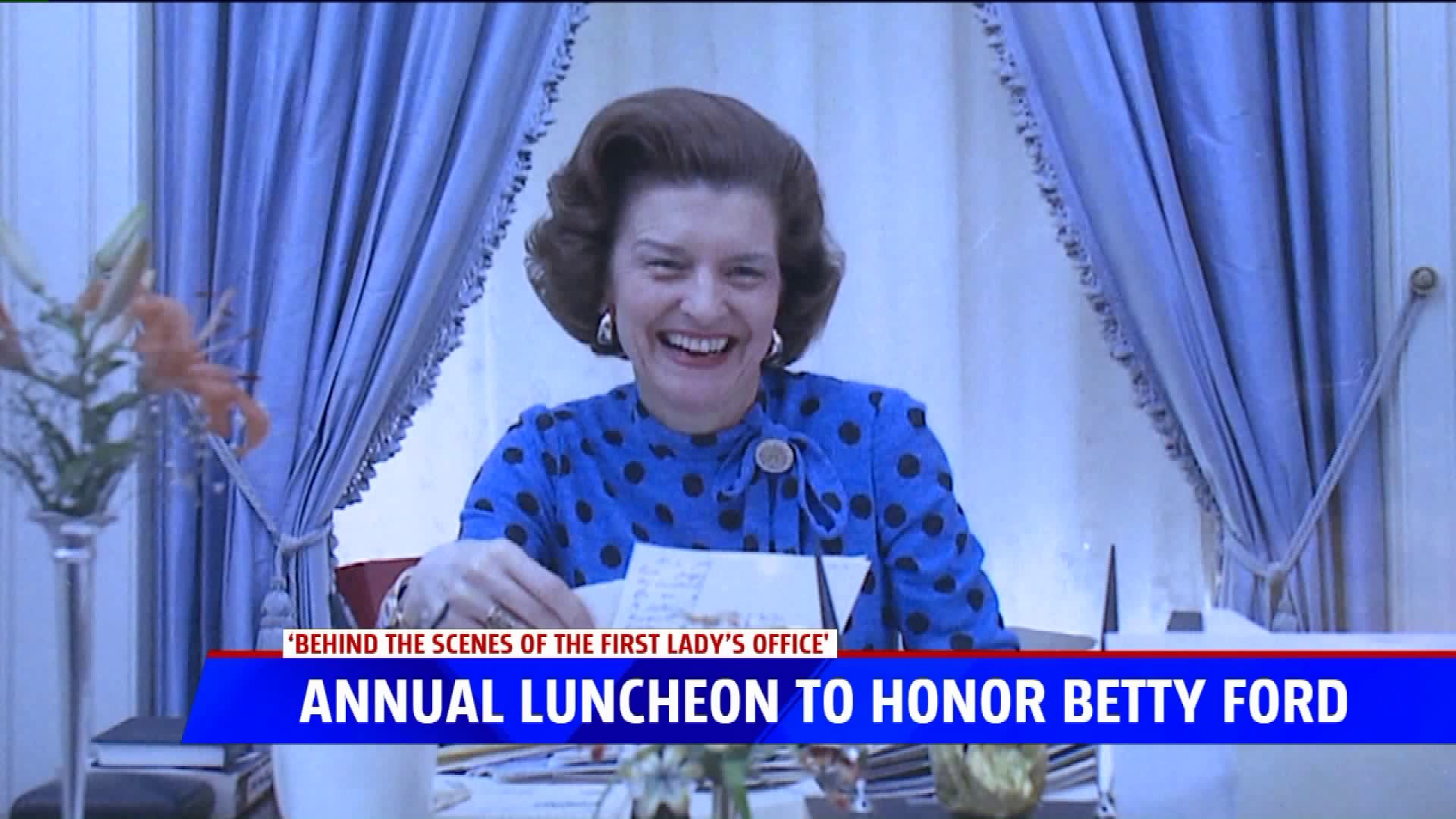 Hosted by the Gerald R. Ford Presidential Foundation and the White House Historical Association, the seventh annual America's First Ladies Luncheon Series theme is "Inside the White House: Behind the Scenes of the First Lady's Office."

Betty Ford's son Mike Ford told FOX 17 his mother would be thrilled to see first ladies being honored by this luncheon.

The former chiefs of staff for former first ladies Laura Bush and Michelle Obama were in attendance.

“I think (Ford) paved the way for many of the first ladies who followed behind her who were outspoken in their own right, including Mrs. Obama," says Tina Tchen, Michelle Obama's former chief of staff and former assistant to President Barack Obama.

Motown legend Martha Reeves had the audience on their feet with her performances of "The Star-Spangled Banner" and "Dancing in the Street." Reeves says she applauds Ford for her bravery to be outspoken when women didn't have a voice.

“I’m from Alabama originally and I’m from the generation that was told to be quiet," Reeves told FOX 17. "Children should be seen and not heard and I’ve seen how over the years, women have been allowed in nightclubs, they can smoke in public, and they’ve even got the right to vote.”

Thursday's celebration brought a break from the noise in Washington, D.C.

“This is the break we all need because every day there’s something about where politics and foreign affairs," Reeves says.

Mike Ford says if his mom saw how things are unfolding in our current politics, she'd have some scolding to do.

“The current state of things now, I think she would feel sad," Ford said. "And I think she would also be a bit vocal about people growing up and acting civil and respectful toward each other in the public sphere.”

Chef Roland Mesnier, who was a pastry chef for five presidents, says civility and respect is something he misses.

“From the Ford time to today, is been a total U-turn somewhere," Mesnier says. "You know, it’s difficult to explain but for me, president and first lady should be very honorable to be in that job.”

“Those two men became best buddies, best buddies to today," Mesnier says. "It’s something you know, to see. You know that, that help the country. That, if they put out there. If they show that they can be friends with someone that barely fought against each other, that gives so much warm feeling to all the people of the country.”

Ford says what he misses most about his mother is her advice .

“I miss how she would always kind of challenge us to be the best people, you know that we could be," Ford said. "She was there so much when my dad was traveling and she would always start you know, kind of start the day with, ‘OK this is a new day. Make it your best day.’”

Also at the luncheon were representatives from Spectrum Health's Better Ford Breast Care Services. Her breast cancer diagnosis helped create a public dialogue about the disease.