Autopsies today on two adults found next to baby inside motel 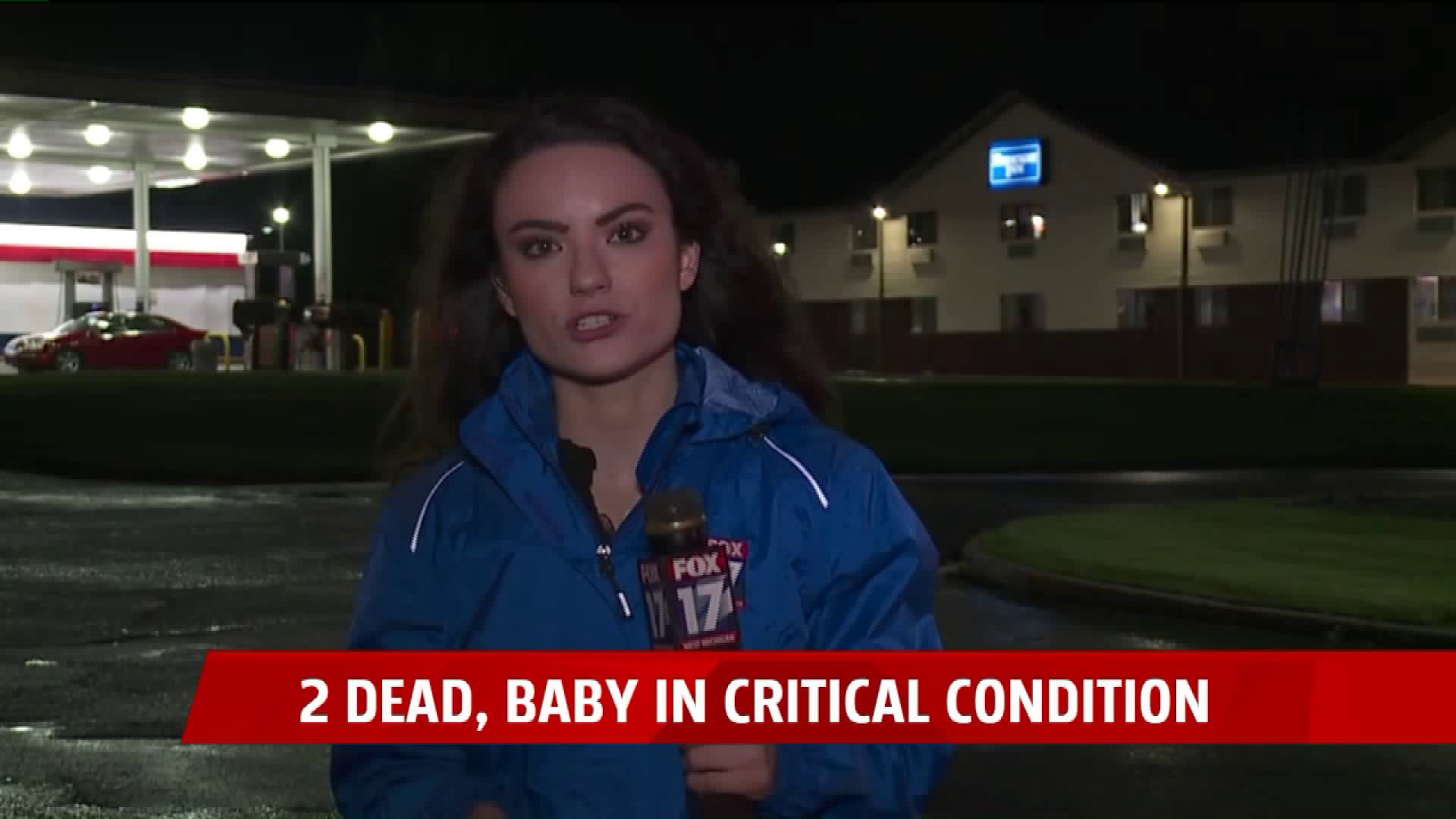 It's the same motel where police say a man apparently killed himself in January, after allegedly shooting a man and stuffing him in the trunk of a car. Friday's incident was unrelated.

A 6-month-old was found Friday in critical condition next to the bodies of a 26-year-old woman and a 28-year-old man inside the Rodeway Inn, at 3080 Colby Street in Whitehall Township, according to Michigan State Police.

They say in a news release that a trooper responded to the motel around 11:48 a.m. Friday on a wellness check.

Once inside, the trooper found the bodies of the two adults, along with the child in need of urgent medical attention. The baby was first taken to an area hospital, before being flown to Helen DeVos Children’s Hospital in Grand Rapids.

Investigators have yet to determine a cause of death, but figure the autopsies may shed some light on that.

The identities of the victims were being withheld pending the notification of family.