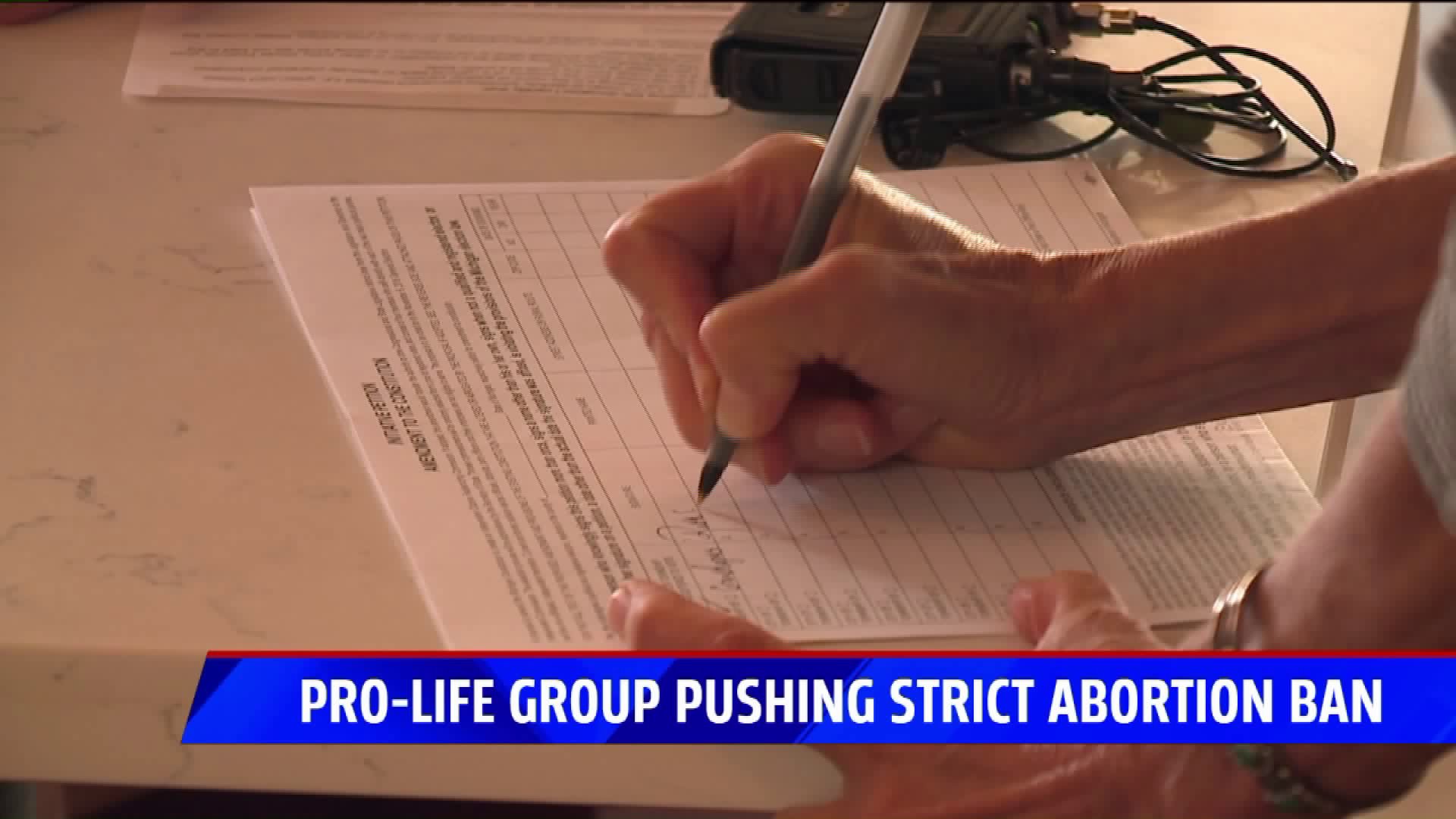 GRAND RAPIDS, Mich. — A new pro-life group based in Kent County is working to get a strict abortion ban on the 2020 ballot.

The group is taking the issue to the voters, knowing it would be dead on arrival at Gov. Gretchen Whitmer's desk, as she's vowed to veto any legislation that limits a woman's right to choose.

This effort is part of a larger effort to get Roe v Wade back in front of the U.S. Supreme Court, now that it has a majority of conservative justices.

“Life is precious," MHC board member Mark Gurley told FOX 17. "I mean, it’s so precious that our founding fathers in the Declaration of Independence, you know, listed one of the inalienable rights, the very first one was life.”

MHC was formed only 31 days ago after a pro-life rally in Lansing. The current all-male board is made up of three pastors and Gurley, a businessman.

Some scientists disagree with the main principle behind the bill, that a heartbeat is detected at six weeks of pregnancy. This year, British researchers at the University of Leeds found that while human fetuses have a regular heartbeat at 22 days of pregnancy, there is little organization of actual heart cells until 20 weeks of pregnancy.

“In fact, at six weeks a human fetus doesn’t have a heart," Planned Parenthood Michigan CEO Lori Carpentier said. "There’s a collection of electrical impulses but there is no organ that is a heart, so by its very nature, it is ignoring science.”

MHC's efforts follow another pro-life group, Right to Life's success passing a ban on a specific second trimester abortion called dilation and evacuation through the Michigan Legislature. That bill has not been sent to the governor's office and according to Gurley, likely won't any time soon because of her promise to veto.

To circumvent the governor's veto power, both groups will be circulating petitions to get their respective bans on the 2020 ballot.

To make it to the ballot, each group must collect 340,000 signatures, with representation from all 14 congressional districts. No district can provide more than 15 percent of the total signatures.

“We’re aiming for half a million because we need to have a little extra," Gurley says. "Secretary of State probably isn’t gonna be in our favor, either from what we’ve heard.”

Marnon says having two petitions circulating at the same time about the same issue may confuse voters.

Michigan is one of the few states that never repealed its abortion ban that predates Roe. This means should the case be reversed by the U.S. Supreme Court, Michigan's original ban, which was passed in 1846, would automatically be reinstated. Marnon says because if this, it doesn't make sense to go with a "heartbeat position."

Gurley says things would play out differently. He says if Roe is reversed, the state's original ban would supersede the heartbeat bill.

“We will challenge the signatures that are on there to ensure that they are, in fact, registered voters appropriately, that they have the appropriate number of signatures," Carpentier says.

Carpentier says the group is prepared to launch a "decline to sign" campaign that would discourage voters to sign the petitions.

Neither Right to Life or MHC's proposals include exceptions for case of rape or incest. Gurley says those exceptions are unnecessary because he believes most women who survive rape or incest immediately report it.

“It’s really not needed because if there’s a rape or an incest situation, most women will go to their OBGYN and they’ll have a D&C or something like that done," Gurley says. "They’ll be checked out and that’s happening within a short time frame after an egregious attempt of forcing somebody, you know a man forcing themselves on a woman.”

Carpentier says the opposite is true.

“The fact of the matter is we know that a significant proportion of rapes are never reported," Carpentier says. “In incest cases, more often than not, that is ignored and buried in families and does not come out until several years later when a person is faced with psychological issues as a result of that experience.”

When asked about an example of an instance in which a 12-year-old girl is raped, Gurley says pregnancy wouldn't be an issue.

“Well most 12-year-olds can’t conceive," Gurley says. "I mean, I suppose there’s a few that could but as we have more and more hormones in all of our food, it seems like women younger and younger.”

According to the University of Michigan, the average age for a girl in Michigan to get her first period is between 11 and 14 years old. Still, Gurley says the girl would have options.

“While it’s difficult and it’s tragic, that young girl could still give that baby up for adoption and protect that life," Gurley says.

Carpentier says being pro-life should mean more than restricting abortions.

"I think if they were pro-life, they would stand strongly with us in trying to make sure that families had adequate access to healthcare, including reproductive health care and birth control, so that we might make an attempt at reducing the need for abortion," Carpentier says.