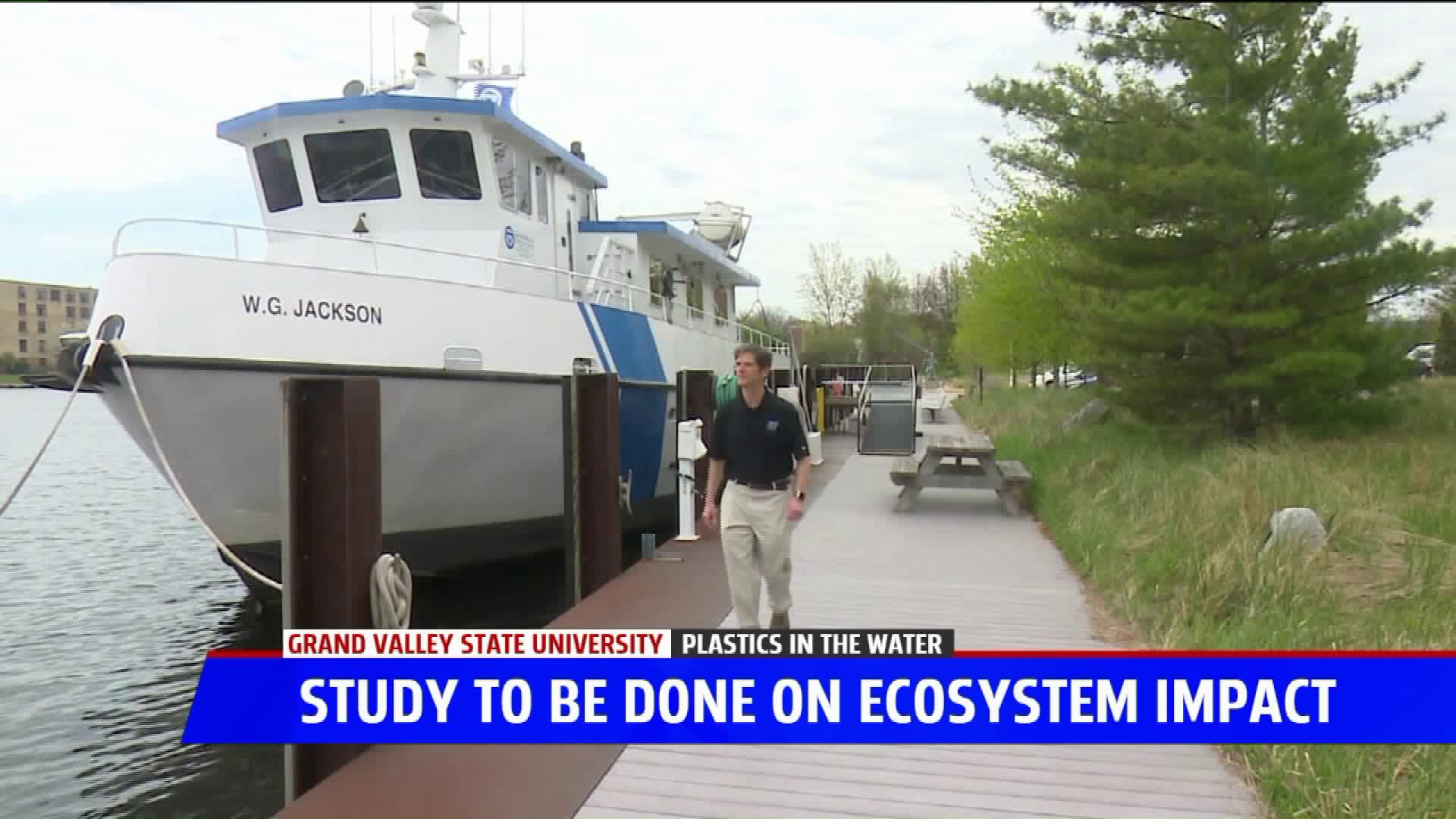 MUSKEGON, Mich. — From whales washing up on shore to floating islands of garbage in the Pacific Ocean, shocking video has shined a spotlight on plastic pollution in oceans.

It's also making people in West Michigan take a closer look at plastics in the Great Lakes and other local waterways.

But to what extent does it affect the health of the ecosystem?

That’s what researchers at Grand Valley are working to figure out, by looking at plastic you can barely see.

"In the last few years it received a lot more attention, particularly with people trying to quantify how much microplastics there are in the lakes and the tributaries feeding into the lakes," Dr. Alan Steinman said.

Steinman is a professor and researcher at the Robert Annis Water Resources Institute in Muskegon.

"The reason we are concerned about microplastics is because they are small enough for fish and other aquatic organisms to take up and there could be a potential impact to the trophic web as a consequence," Steinman explained.

That's part of the unique and experimental research they are conducting.

"We are taking known quantities of particles and we are incubating them in the lake so that these microplastics end up being coated by a biofilm, microorganisms that attach to these plastics," Steinman said.

"We've seen a significant amount of chemicals that are potentially toxic, accumulating on them after one- and three-month incubations," he added.

This fall, they will feed those microorganisms to fish and invasive mussels to see how they are affected.

The goal is to find what kinds of plastic are more toxic and where that potential toxicity is coming from, in the meantime Steinman is using this as a reminder for all to cut-down on their plastic use.

"Changing human behavior is often the most difficult thing to do of all but don’t use plastics if you don’t have to," Steinma added.

The research will continue this fall. A year from then, they hope to draft their results, which in turn could the paint a picture for the long-term effects of plastics in waters close to home.