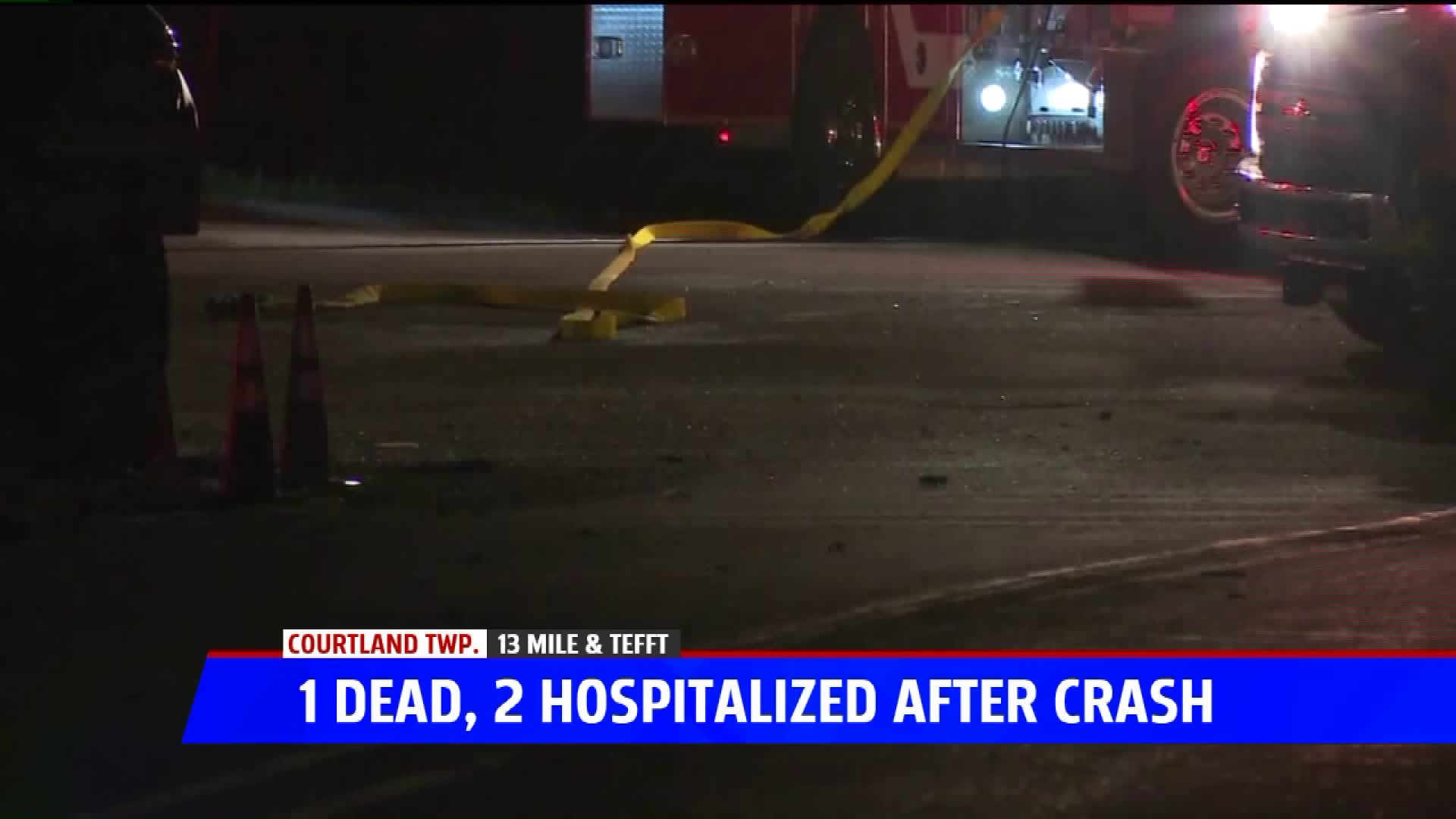 COURTLAND TOWNSHIP, Mich. — A woman was killed and two others were hospitalized Monday evening after a crash in Kent County.

It happened around 6 p.m. at the intersection of Tefft Avenue and 13 Mile Road in Courtland Township.

Authorities say it appears a 68-year-old woman going south on Tefft Avenue ran a stop sign and caused a crash with a vehicle going west on 13 Mile Road. The woman was pronounced dead at the scene.

A man and a child in the other vehicle were hospitalized with injuries that weren't considered to be life-threatening.

The surrounding area has been without power due to a utility pole being broken in the crash.