Mother sentenced for running over son at Kent Co. school 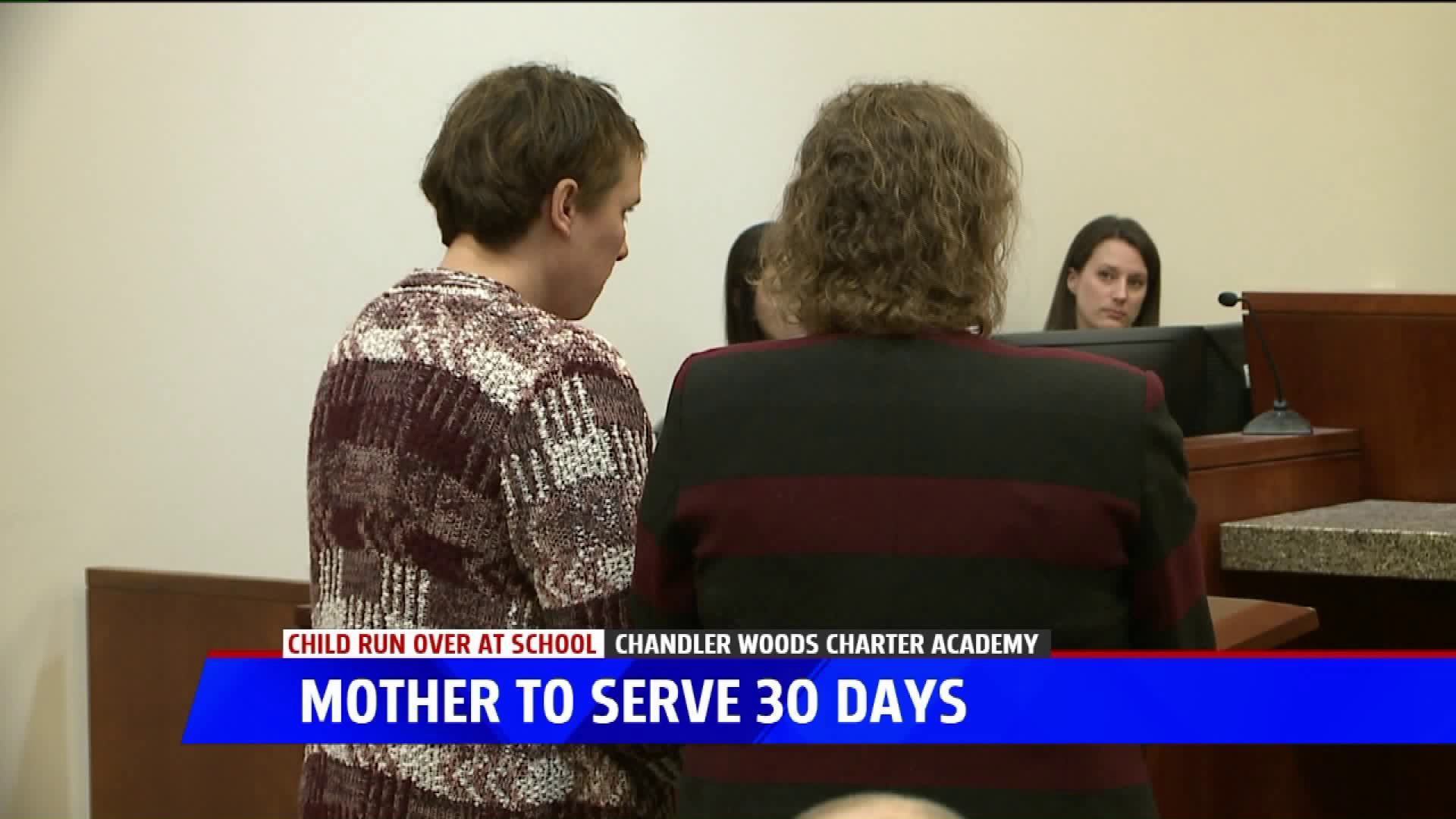 KENT COUNTY, Mich. — A mom who drove over her 9-year-old son at a Kent County school was sentenced on charges related to the incident Thursday.

Tiffany Kosakowski pleaded guilty to a felony count of reckless driving and had a charge of second-degree child abuse dropped back on February 26.

Kosakowski was sentenced Thursday in Kent County Circuit Court. She received six months jail time, with all but 30 days suspended. Meaning, she will serve just 30 days in the Kent County Jail.  Judge Curt Benson said he would not object to her serving her time on weekends if she could work it out with the jail.

At the sentencing, the child's father gave an emotional victim impact statement about not seeing his son prior to the incident for five years.

Judge Curt Benson said he received nearly 30 letters written in support of Kosakowski prior to sentencing.  Judge Benson said during the proceedings that he felt many of those people would not have so much support for her, if they had watched the surveillance video of the incident like he had.

Authorities said surveillance video showed Kosakowski’s son hanging from a passenger side door handle as she drove away. He lost his grip and was run over by a rear wheel of the vehicle, causing him to sustain serious injuries.

Kent County prosecutors didn't recommend a sentence for Kosakoski, meaning the sentence was made at the discretion of the court.